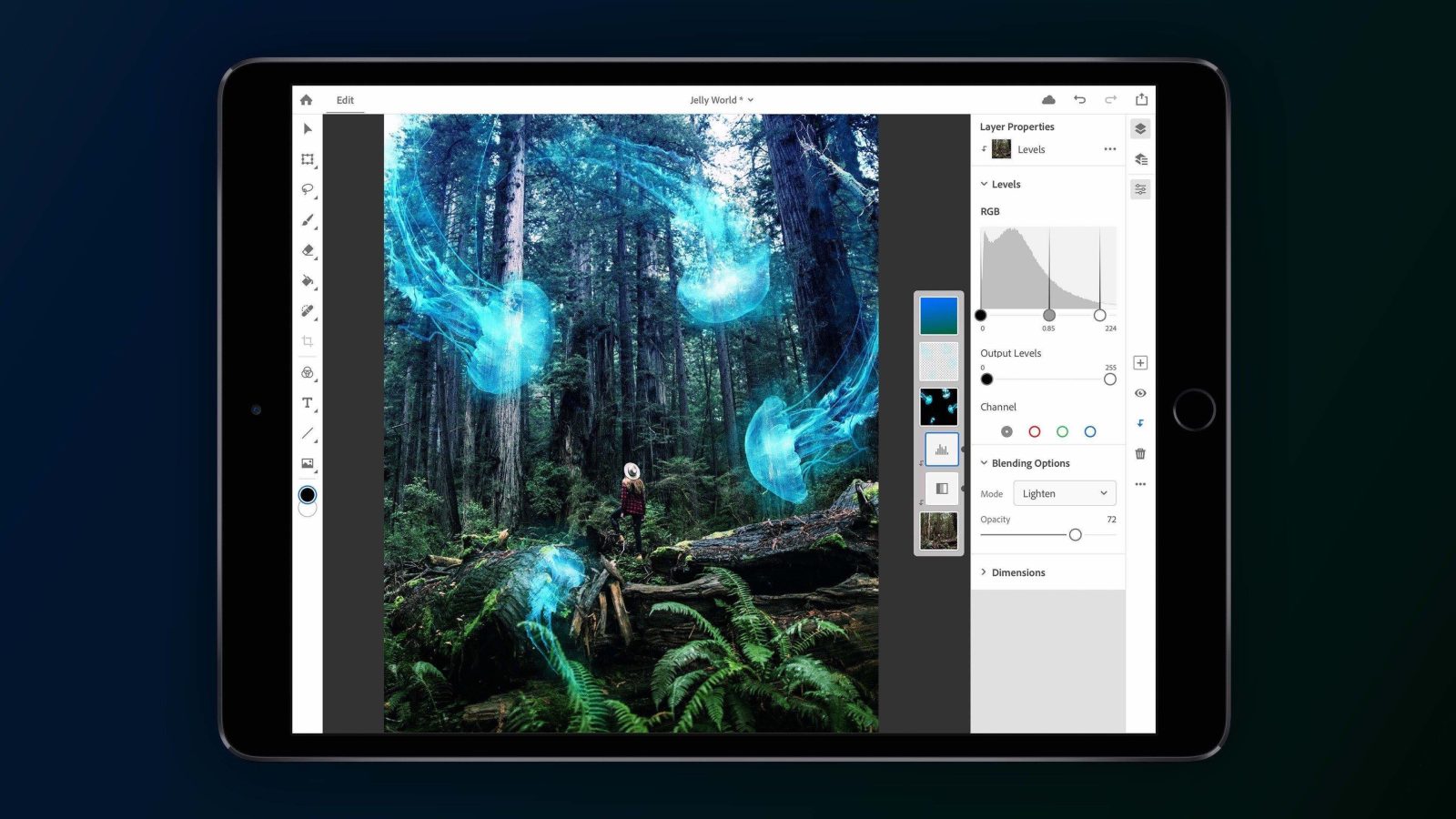 Photoshop for iPad is nearing its launch, though concerns have grown that key features will be missing at launch. A report from John Gruber at Daring Fireball today explains that Adobe remains committed to the project, even though it might not be as far along as people had hoped.


Citing “multiple reliable sources,” Gruber explains that Adobe is “genuinely all-in on Photoshop for iPad.” The company has reportedly significantly expanded the engineering team working on the project and is on an “aggressive schedule” to add new features as time progresses:

What I’ve heard, from multiple reliable sources, is that Adobe is genuinely all-in on Photoshop for iPad. They view it as a serious, top-shelf project for creative professionals. The team of engineers working on it has grown significantly from a year ago, and they have plans to add features iteratively on an aggressive schedule.

Gruber also notes that Photoshop for iPad users “should be very excited about its foundation,” as well as the “attention Adobe is paying to the fine details of a touch-first Photoshop UI.”

A report from Bloomberg last week explained some of the struggles Adobe has faced in bringing Photoshop to the iPad. That report explained that key features of Photoshop CC, such as filters, pen tool, custom paintbrush libraries, RAW editing, and more are currently missing from Photoshop for iPad.

At the time, Adobe said that it would add features iteratively over time, and today’s report from Daring Fireball further emphasizes that Adobe is committed to the project, even if it’s behind schedule. There’s still no release date set for Photoshop on iPad. Adobe will hold its annual MAX conference from November 2 through November 6, so we expect to learn more then.