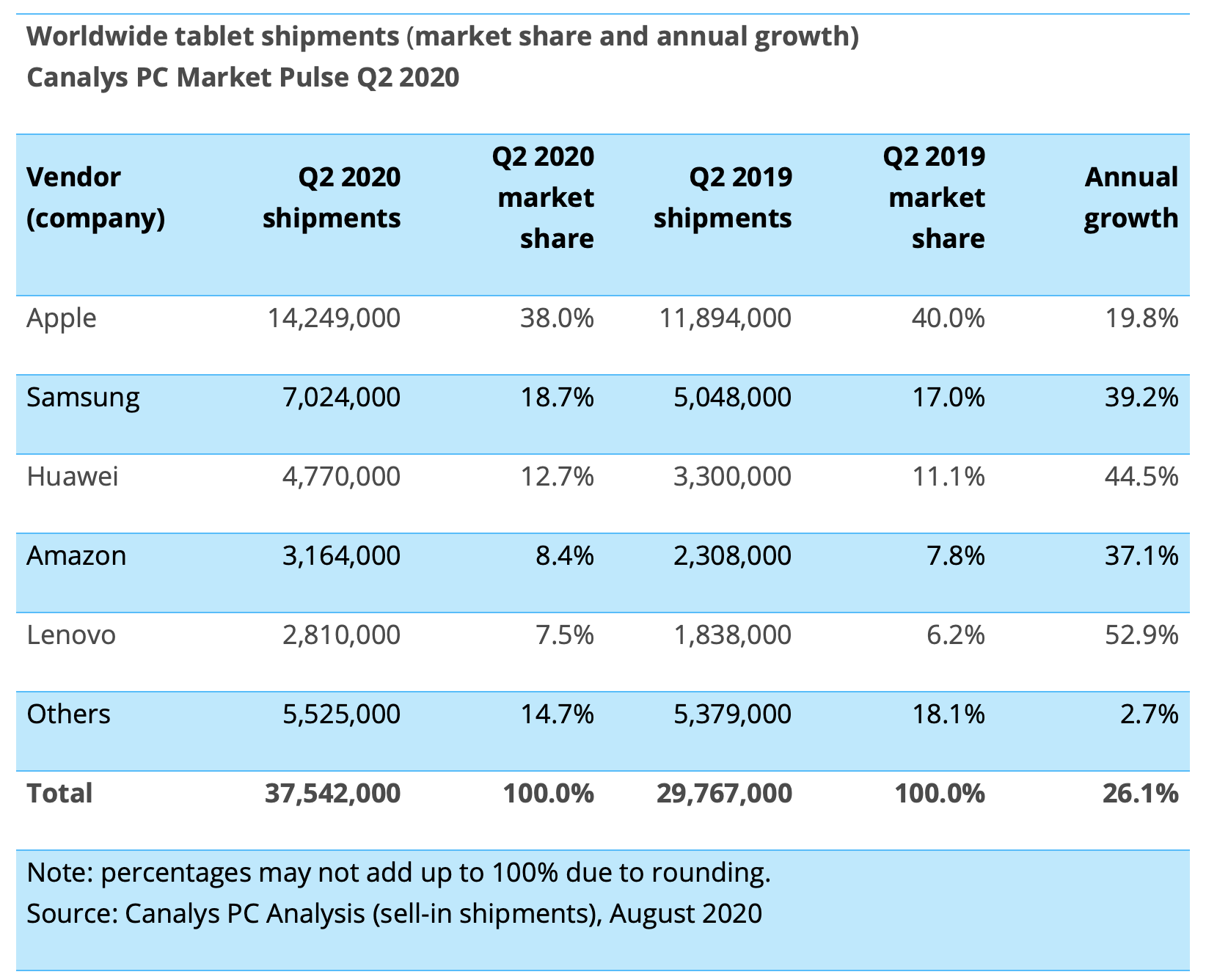 Apple posted record results for the June quarter which sent its stock price soaring. Now Canalys is out with its estimates on global tablet shipments that detail how much Apple is leading Samsung, Amazon, and others.

Apple’s June quarter performance included $59.7 billion in revenue with $11.25 billion in profit. One of the strongest areas of growth for the quarter was iPad revenue, with the company highlighting it saw an increase of 31% compared to the same quarter in 2019.

Apple doesn’t break out unit numbers but just shared that iPad brought in $6.58 billion in sales in Q2 (fiscal Q3). Canalys is out today with its estimate on how many units Apple shipped and how it compared to the competition.

The analysis points to 14.2 million iPads shipped in the June quarter giving Apple a 38% market share of the global tablet sales for the period. Samsung came in second with 18% of the market. Huawei and Amazon came in third and fourth, respectively with 12% and 8% shares.

Interestingly enough, even though Apple certainly had an amazing quarter, Canalys estimates that Samsung, Huawei, and Amazon all saw greater growth when it came to tablets. The firm pegged Apple’s iPad unit growth at 19.8% while Samsung saw 39.2%, Huawei had 44.5%, and Amazon achieved 37.1% unit growth.

That contributed to Apple losing 2% of its global market share. The entire tablet market saw growth of 26.1% YoY.