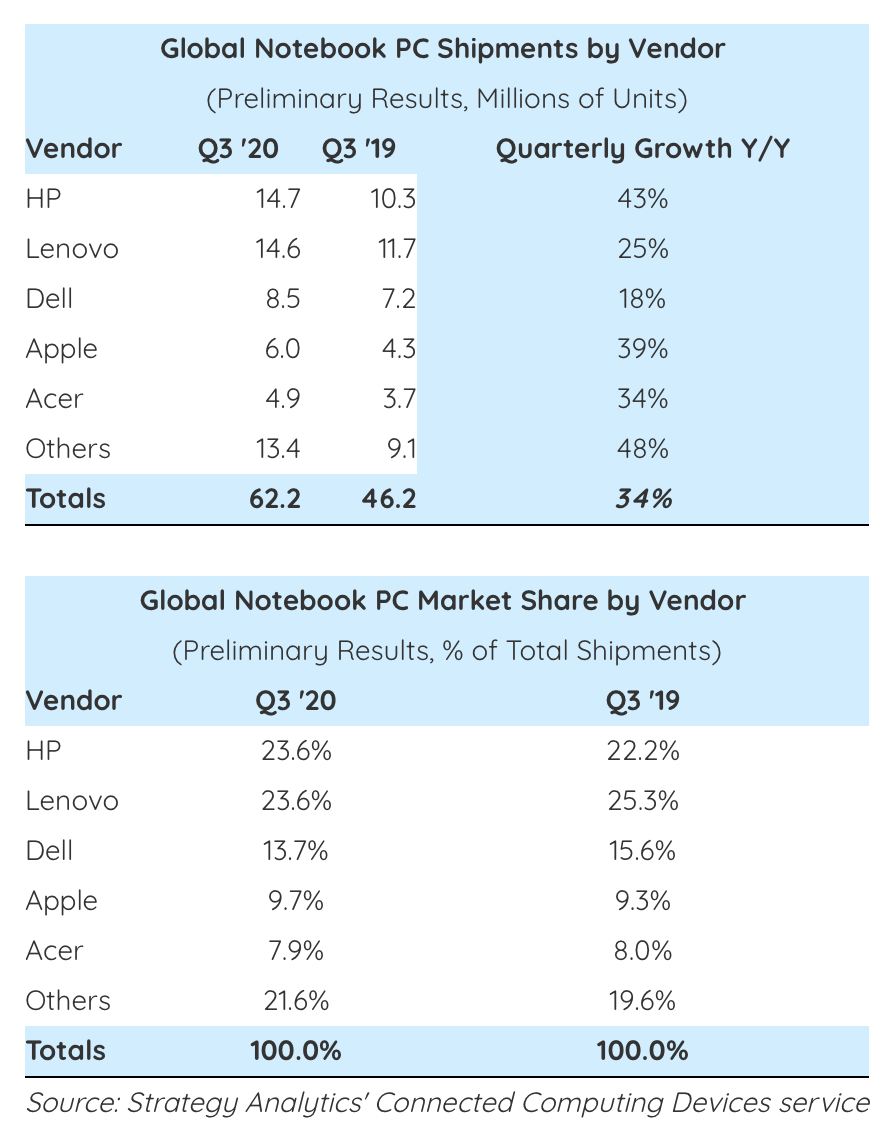 Coming off record-breaking earnings for its fiscal Q3, Apple did it again for Q4. At the time, the company highlighted that new all-time records for Mac and Services were big factors in its September quarter success. Now we’ve got a look at how many Macs Apple may have shipped during its Q4 from Strategy Analytics.

During its fiscal Q4 earnings call at the end of October, Apple revealed that its Mac lineup posted record revenue of $9.03 billion (up about 29% YoY from $6.99 billion). That came amid the pandemic as more people than ever are working from home and Mac sales were also aided by the back to school season happening in the September quarter.

The report estimates that Apple saw 6 million MacBooks shipped during the September quarter, up from 4.3 million in the same period in 2019.

According to Strategy Analytics, those numbers put Apple’s overall global notebook market share in fourth place at 9.7%. HP and Lenovo shard first place with 23.6% share each, followed by Dell in third with 13.7%.

Chirag Upadhyay, Senior Research Analyst said, “The third quarter would have been even more productive for some vendors if they were able to deliver more devices to meet high demand. Supply will remain a key concern as demand is expected to stay high amid rising COVID-19 infections around the world as the Northern Hemisphere enters a very difficult winter. With the pandemic still lingering across the globe, consumers have started their purchases before the holiday season to prepare for the new ‘normal’ of working and studying from home.”