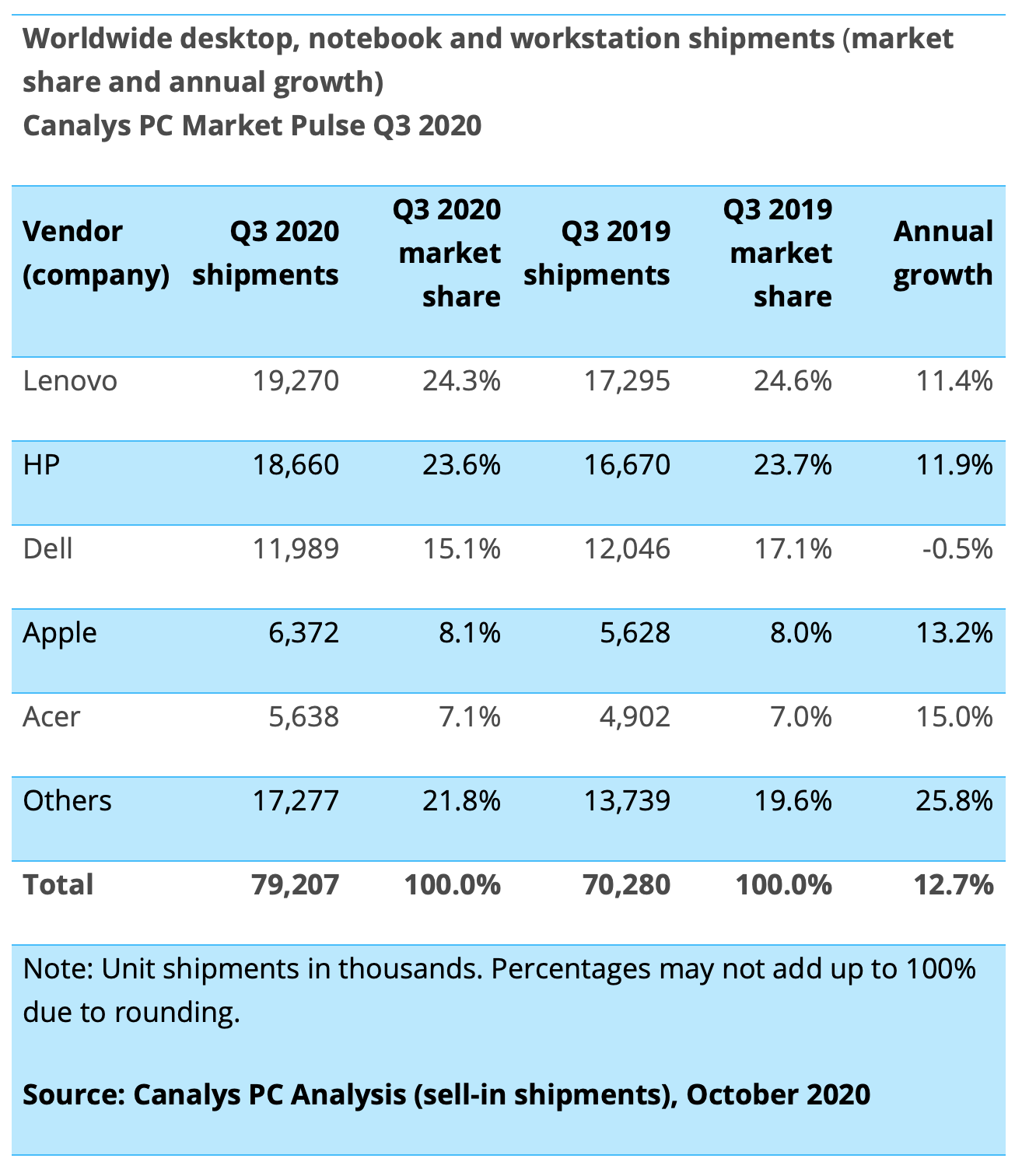 Ahead of Apple officially sharing its performance during Q3 (fiscal Q4) at the end of October, Canalys is out today with its estimate for global PC shipments for the period. While Apple’s Mac growth didn’t change its overall market share in the PC industry, it looks to have performed well with 13% growth.

The latest analysis from Canalys shows that the global PC market saw growth of 12.7% for Q3, shipping a total of 79,207 computers driven by more people working from home and students heading back to school virtually.

Apple slightly edged out the average growth with an increase in Mac shipments for the quarter at 13.2% which was 6,372 machines. However, since the rest of the industry saw roughly the same growth, Mac’s global market share increased just 0.1% from 8 to 8.1%, according to Canalys’ data.

Apple’s Q3 (fiscal Q4) Mac shipments put the company in fourth place behind Lenovo at the top, HP, and Dell. Notably, Apple is expected to unveil its first Mac with a custom Apple Silicon chip in November.

Interestingly, Apple reported Mac revenue was up 21% for its blockbuster June quarter. It will be interesting to see what Apple reveals during its earnings call for Mac revenue after seeing Canalys’ estimate for Q3 shipments.

“The lasting effects of this pandemic on the way people work, learn and collaborate will create significant opportunities for PC vendors in the coming years,” added Rushabh Doshi, Canalys Research Director. “As the line between work and home lives is increasingly blurred, it becomes important to position devices towards a wide array of use cases, with a focus on mobility, connectivity, battery life, and display and audio quality. Differentiation in product portfolios to capture key segments such as education and mainstream gaming will also provide pockets of growth.