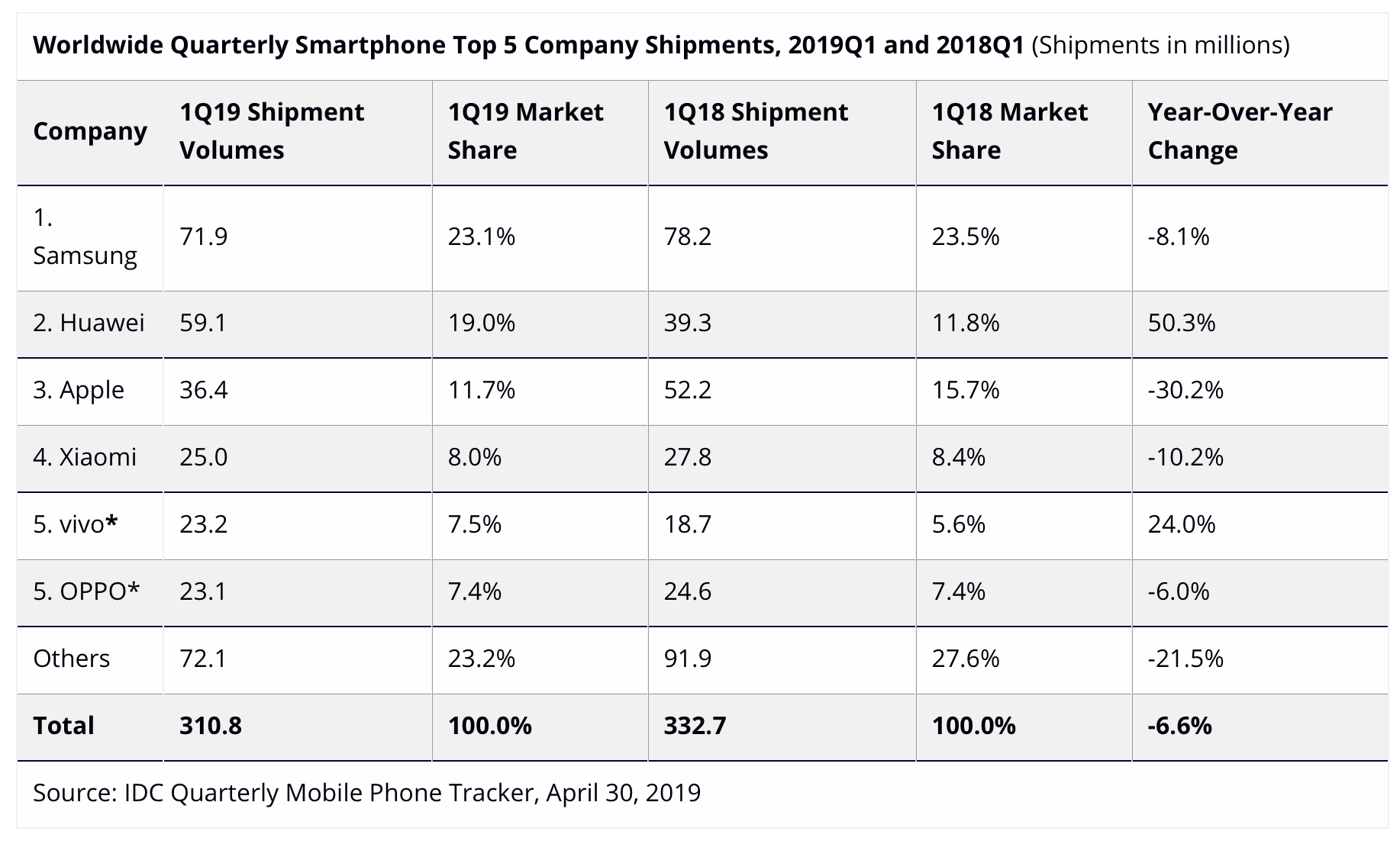 Preliminary data on global smartphone sales for Q1 2019 (Apple’s fiscal Q2) is out from IDC and the firm’s iPhone estimates look grim. While the entire smartphone market saw a 6% YoY decline in shipments for the quarter, the data shows Apple shipping 30% fewer iPhones than last year.

IDC’s report says that total smartphone shipments across all brands totaled 310.8 million units in Q1 2019, which was a 6.6% drop YoY. That marks six straight quarters of declining sales. IDC believes that the tough start to the year for smartphones indicates that declines will continue across 2019. Notably, Huawei was one of the few manufacturers to see growth in the quarter.

This quarter’s results are a clear sign that 2019 will be another down year for worldwide smartphone shipments. The only highlight from a vendor perspective was Huawei, which made a strong statement by growing volume and share despite market headwinds.

According to IDC’s data, Apple shipped 36.4 million iPhones during the March quarter marking a huge 30.2% decline compared to the same period last year when it shipped 52.2 million of its smartphones.

In addition to difficulty in China, IDC highlights very slow sales in the US.

it was the U.S. market that felt the worst of the downturn in 1Q19. Smartphone volumes declined 15% year over year during the quarter as replacement rates continue to slow in one of the world’s largest markets. Apple iPhone challenges contributed to the exceptionally poor 1Q19 in the U.S., but they were not alone as Samsung, LG, and other top vendors also witnessed declining volumes during the quarter.

While Samsung, Xiaomi, and Oppo all saw sales decline between 6-10%, no manufacturer saw near the drop that Apple did.

The report believes that Apple’s price cuts in foreign markets like China and Japan were not compelling enough to increase sales considerably. IDC also believes that iPhone is seeing challenges with 5G devices as well as foldable smartphones being on the horizon.

As for the silver lining, IDC mentions Apple securing Qualcomm modems for the future iPhones and its massive install base as positive momentum.

On the whole, Wall Street is responding positively to Apple’s earnings in after-hours trading, and the drop in iPhone sales was expected. The $58 billion in quarterly revenue came in at the top of Apple’s guidance, beating most analysts expectations, and revealed strong Services performance as well as $5.1 billion coming from just Apple Watch.

Here’s how the global smartphone market share ended up for the quarter according to IDC’s data: 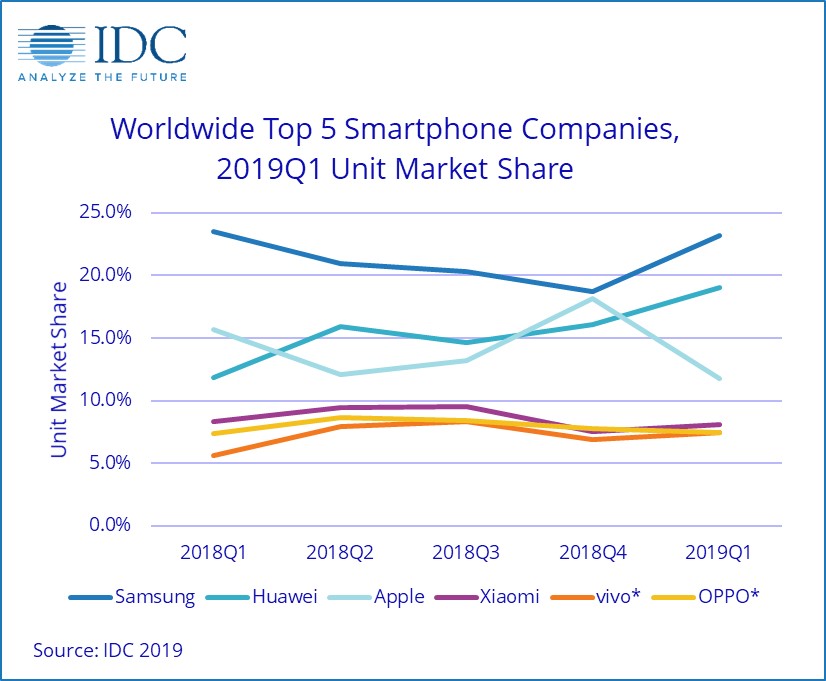