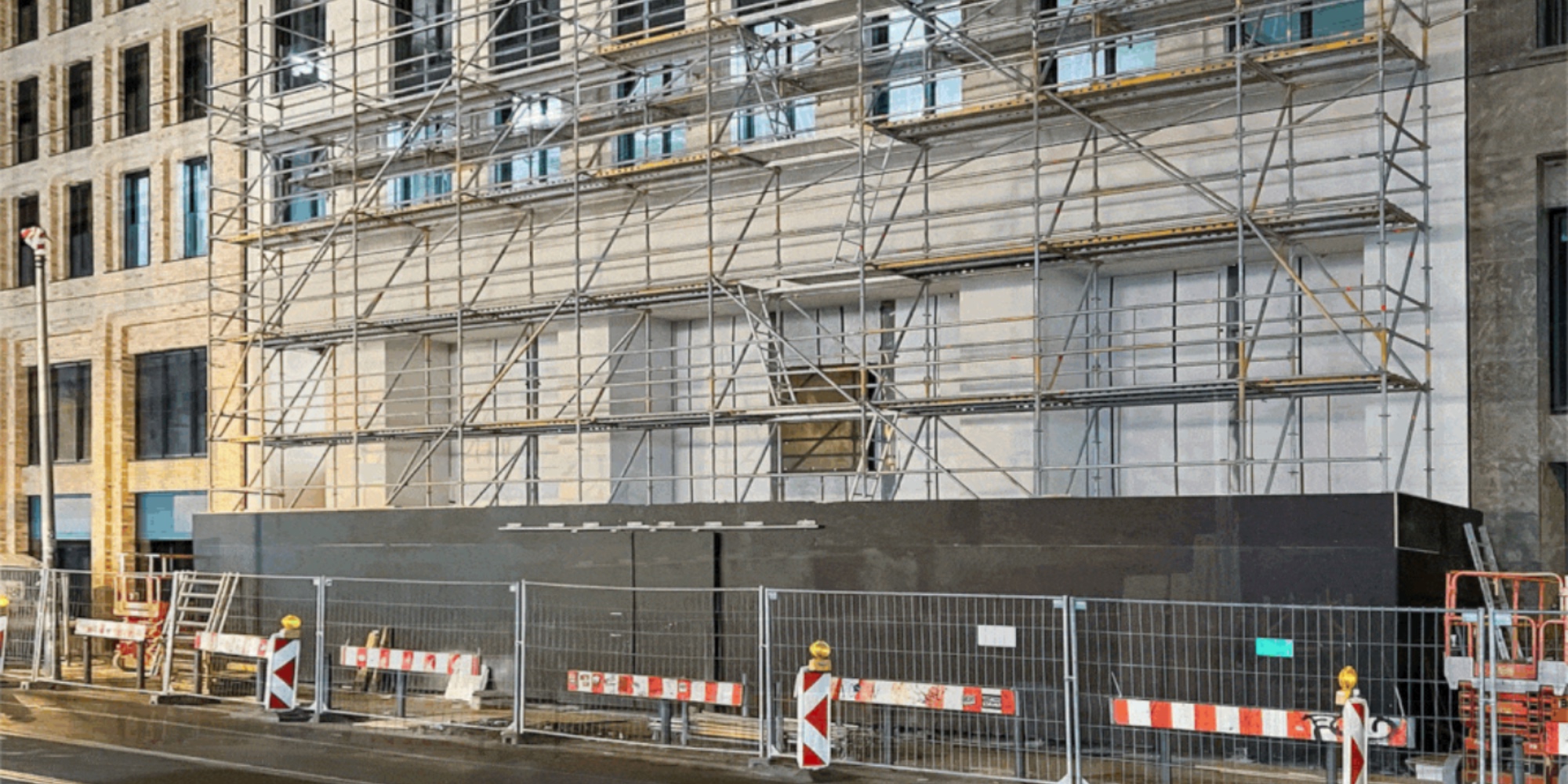 Apple opened its first Apple Store in Berlin eight years ago. Now, since the beginning of 2021, rumors regarding second retail are gaining traction as the construction seems finished.

The German site iFun says that after almost five years following the construction progress of “an interesting property” in Berlin, they expect Apple to unveil a second store in the coming weeks.

Although the company still hasn’t confirmed anything – the latest Apple Store to (re)open is the one in Los Angeles – there are lots of indications showing that the Cupertino company will unveil new retail in Germany.

According to the publication, an interior design from Poland, Kontin, who has been cooperating with new Apple Retails such as in Basel, Paris, and Vienna has posted on Instagram a couple of weeks ago that “we finished the last work in Berlin this week,” which, with the photos, corroborates that this is indeed a new Apple Store.

Another thing that indicates that this store is about to be unveiled is that its black wooden cladding has been dismantled and now people from other buildings can start seeing more about the construction.

As Apple still has to confirm the new store, we keep waiting until we hear more about it.

Are you excited about this new retail in Berlin? Share your thoughts in the comment section below.