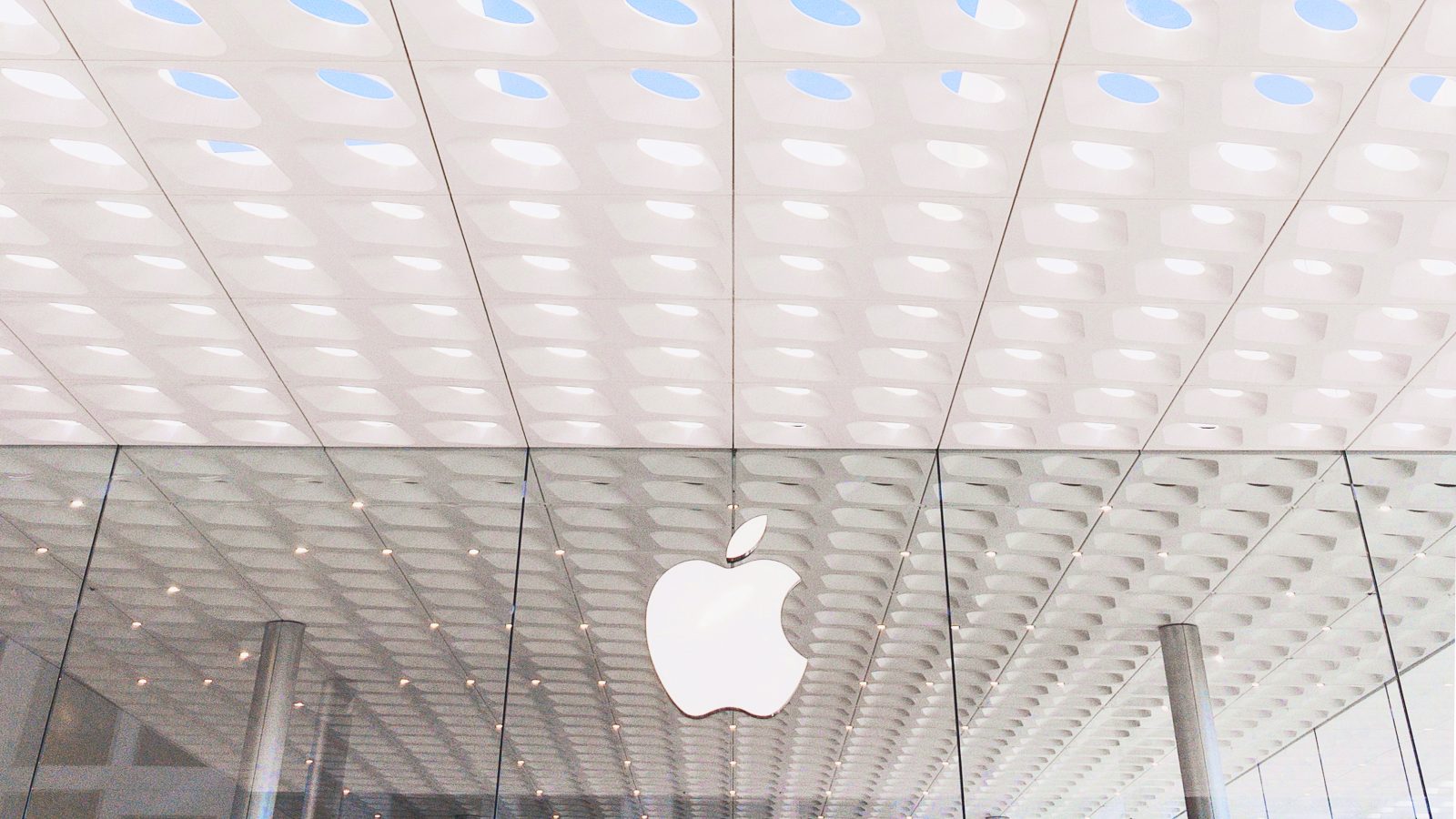 It’s a big weekend for Apple retail. Across the United States and Australia, five Apple stores reopened or relocated Saturday to new and expanded spaces. Each store brings with it a unique design and layout, replacing aging locations no longer suited for Apple’s contemporary retail ideals. 9to5Mac visited Apple Deer Park’s grand opening in Illinois to bring you photos of the new space, and readers across the world have sent us their own photos to share.

Apple Scottsdale Fashion Square features a startling new design with several details not found in any other Apple retail store. Located adjacent to N Scottsdale Road on the site of a former Barneys New York department store, its architecture is energetic, yet relaxed.

The split-level structure recedes below ground, keeping a low profile with long, drawn out lines. An airy cantilevered roof casts a wide net over the surrounding plaza and regional landscaping, pierced by a grid of skylights individually designed to allow natural light to fill the store. The grid extends seamlessly from the overhang inside, covering every inch of ceiling in the main store area.

Two stone walls anchor the mall-facing sides of the store, while two glass walls connect the exterior. The main customer area is split into two distinct levels by matching staircases on either side of Apple’s signature Video Wall. On the lower level, entrance doors open to six support tables and The Forum framed by a set of indoor trees. Upstairs, floor space is reserved for product tables and four Avenues set into the north wall. The upper level has additional street and mall-facing entrances.

The new layout and architecture details at Fashion Square show Apple’s continued experimentation with its modern store design. Every new project offers another opportunity to reconsider the best configurations of community space alongside product space and which elements should be emphasized. The unique characteristics of standalone stores often inform the design direction of all future stores.

Scottsdale’s new location has been under construction all throughout 2018. It replaces Apple Biltmore, located less than seven miles away in Phoenix. The now-closed store was Apple’s second in the state and opened in March 2002. While the move will inconvenience some nearby customers, a cursory glance at the outgoing space is enough to realize that it no longer fit Apple’s retail goals and the amount of foot traffic seen at every Apple store today. With the opening at Fashion Square, half of Arizona’s stores now offer the full Today at Apple experience.

The affluent suburbs of northern Illinois are lush with Apple stores thanks to their close proximity to Chicago. A large portion of the state’s stores have been recently remodeled, too. Today, Apple Deer Park left its classic location and reopened in a significantly larger nearby space in the Deer Park Town Center. 9to5Mac visited the new store to bring you photos from the grand opening.

Deer Park’s new store is built in an established style proven at several other locations across the United States. A white stone frame bearing the Apple logo outlines a glass entrance. Inside, the store’s layout and materials are consistent with both indoor and outdoor mall stores of similar sizes.

Apple’s original store in Deer Park opened in September 2007, shortly after the launch of the original iPhone and before the iPad. After closing for the last time on Friday night, the facade was quickly covered to hide the Apple logo. Throughout this spring and summer, construction on the new store at the center of the shopping mall continued in tandem with service at the outgoing location.

For customers, the biggest difference at the new store will be the Video Wall and Forum for improved sessions. For those seeking even richer Today at Apple programming, Apple Michigan Avenue in downtown Chicago is one of few stores worldwide offering a full month of exclusive art sessions in October with The Big Draw.

Whitehall, Pennsylvania’s Apple store shares a similar story to Deer Park’s. Both opened in September 2007. Both are located in outdoor shopping malls. Both featured almost identical stainless steel facades and interior space. Today’s move to a new space continues the trend of similarities but also marks the start of a divergence between the two stores.

The new Apple Lehigh Valley offers a unique twist on standard recent outdoor mall stores. Elements from larger and more significant locations have been incorporated, like stone walls and a wood planked ceiling. When combined in this format, the store most closely resembles Apple Garosugil, South Korea’s first store. A similar design is on the way for the nearly completely remodel of Apple Southlake Town Square in Texas.

Customers visiting the new store for the first time won’t have to look far to find the new space. Apple renovated storefronts formerly occupied by J Crew and Ann Taylor directly adjacent to the outgoing store. After Apple South Hills Village, Lehigh Valley’s location is only the second of nine stores in Pennsylvania to be updated with Apple’s current retail design.

In Nashville, Apple Green Hills had been closed for renovations since February 11th. The original space opened in 2005. While remodeling has been lengthy, for customers, the wait will be worth it. Apple’s remodeled space is dramatically wider and more suited for the amount of foot traffic the location receives.

The Gold Coast has a new boast. Robina’s old, 2009-era store could be described politely as “cozy.” In contrast, the new location appears like a great hall, with significantly taller ceilings than are found in the majority of Apple’s recent indoor mall stores. The cavernous space begins with a full wall of center-pivoting glass doors. These same doors are used on the entrance to Apple Chadstone, Australia’s first and only other store to be rebuilt with a contemporary Forum and Video Wall.

Inside, standard Avenue display cases line all three white walls of the store. The space is even large enough to accommodate merchandising fixtures on either side of the central Video Wall. While the store doesn’t feature indoors trees to create a Genius Grove, the increased floor space alone should be enough to make waiting for a support appointment more pleasant.

Fans filed in to see the new store in Robina at 9:00 A.M. local time. It was just around the corner and a few doors away that the iPhone XS and Apple Watch Series 4 made their debuts just over one week ago at Apple’s old space. For many, visiting the new store will also be a first opportunity to try out this fall’s new products.

Alongside last week’s announcement of Apple Robina’s imminent relocation, we learned of all four of today’s other reopenings across the United States. Just last week, Apple’s first store in Suzhou, China opened alongside the move of Apple Eastview in New York. Both occurred in conjunction with the launch of the iPhone XS and Apple Watch Series 4.

Follow along with 9to5Mac’s retail guide for all Apple store news.