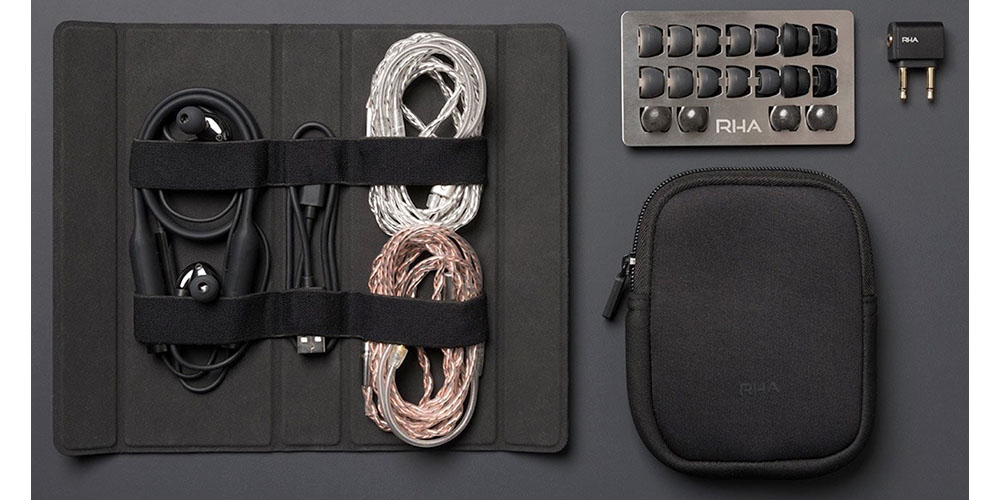 I love music. I couldn’t imagine life without it, and for something which brings me so much pleasure, I’m willing to pay for decent quality.

But I’ve always said that I have mid-range ears. Give me a Bang & Olufsen system in the low single-digit thousands, or something at the bottom end of the Naim range, and I’m a very happy man. Anything beyond that is wasted on me. And, indeed, for casual listening, stereo-paired HomePods hit the spot; to me, they sound way better than they have any right to at that price level.

When it comes to headphones, I mostly use my B&W P5 Wireless, or my Master & Dynamic MW07, each of which comes in at $300 and sounded perfect to me …

A pair of headphones costing close to a thousand dollars wouldn’t normally interest me – I’d simply consider them too much headphone for my mid-range ears. But RHA managed to intrigue me with a rather impressive achievement: creating a pair of planar magnetic in-ear headphones.

Most headphones and speakers use what are known as dynamic drivers, or moving-coil drivers. Magnets cause a coil of wire to move back-and-forth, and that in turn moves the speaker diaphragm to which the coil is attached. The diaphragm moves air, and creates the sound waves.

The problem with moving-coil drivers is that the system is only moving the coil, which is only directly moving the section of diaphragm to which it’s attached. The rest of the diaphragm gets dragged along behind it, which means it is never in perfect alignment to the coil. That’s one of the main ways you get distortion, especially at higher volumes.

A planar magnetic driver works in a different way. Instead of magnets moving a coil which drags the diaphragm along for the ride, the magnets move the entire diaphragm directly. That gives a faster response, and eliminates the distortion effect.

(I’ll drop the ‘magnetic’ part now and just use ‘planar’ as shorthand.)

The problem with planar headphones is that, because you are moving the entire diaphragm, you need larger magnets – or more of them – so they tend to be larger and heavier than moving-coil headphones. They also tend to need beefier amps to drive them. Which is why somehow squeezing planar drivers into in-ear headphones which can be driven by an iPhone is such an impressive achievement.

What’s in the box?

The CL2 Planar headphones come in an impressive box. Inside, you get the headphones themselves – which are just the earbuds – and then a choice of things to which you can attach them:

You also get a huge range of ear-tips (19 different ones!), along with various other bits-and-pieces (carrying pouch and case, airliner adapter, USB-C charging cable, sports clip).

The earbuds themselves have snap-fit connectors which are used to connect them to either the cable or Bluetooth neckband. More on this system shortly.

The earbud casings are made from a ceramic compound known as zirconium – whose other uses include synthetic diamond production and lining jet engines. Its strength and even finish means it provides a very effective sound chamber.

The CL2 have a pleasingly low-key look. They are high-gloss black, with an appearance which could be plastic but is easily identified by touch as metal. The RHA logo is discreetly embossed. The only thing that stands out at all is the somewhat funky shell-like shape.

They are pleasing to the touch, and very comfy once you have them seated in your ears. I’ve said before that I’m blessed with default sized ears, and as usual the standard tips were a perfect fit.

However, while the earbuds themselves are comfy, I’ve grown very used to my MW07 true wireless in-ear headphones. By comparison, the Bluetooth neckband feels a little cumbersome. When I switched to the cable to maximize audio quality, it also felt quite strange to go back to a wire. 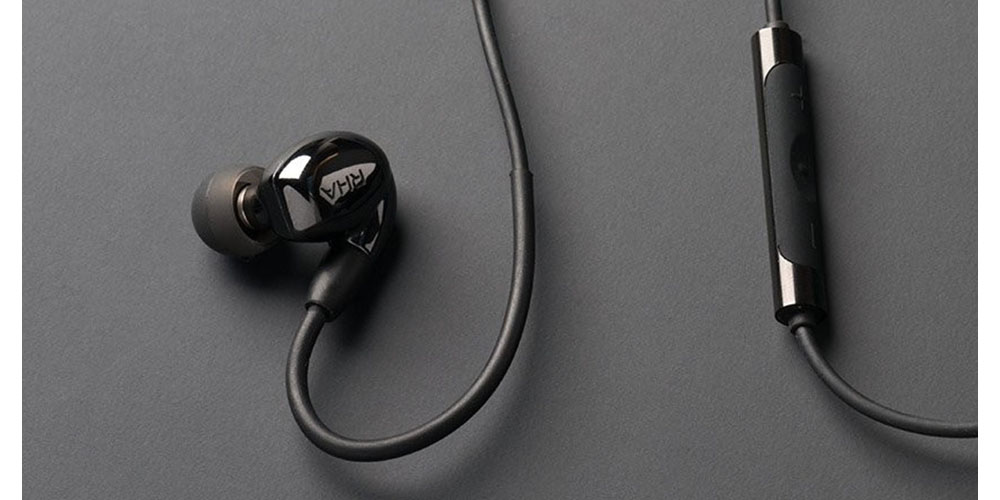 Set up is rather fiddly. The earbuds themselves need to be attached to either a cable or the Bluetooth neckband. In theory this is a snap-fit and pull connector, but alignment is tricky, and while it’s no big deal to do it once, it would quickly become irritating if you were frequently switching back-and-forth between wired and wireless use.

The left and right markings on the earbuds are also quite subtle. There is, however, a red dot on all the right-hand cables, so it’s fine when inserting them into your ears, but again a pain if swapping between cable and neckband.

Inserting the earbuds is also a little fiddly with Bluetooth use, as the two wire bands that go over your ears tend to get caught on each other when not in use, and you do have to spend maybe 5-10 seconds getting the wires comfortable and the earbuds properly seated in your ears.

Finally, switching them on and off is also fiddlier than it should be – as the power button is in a spot where you can’t see it with the earbuds in, and there are two separate ‘capsules’ on the wire for power and pause/play buttons.

You do, though, get auditory confirmation when switching on and off, and one feature I absolutely love and would like to see standard on all wireless headphones: when you switch on, a voice announces the battery charge remaining. For example, ‘Battery: 50 percent.’

The drawbacks I mentioned would have put me off but for one fact: the audio quality absolutely wows me!

There’s truly incredible clarity to the sound, and a remarkable sense of soundstage for in-ear headphones.

The sound feels beautifully balanced. Both treble and mid-range are really detailed, and the bass is impressive. I did a back-to-back comparison with my B&W P5s listening to ALAC and FLAC tracks, and much as I hate to say it (as a huge B&W fan), the CL2 is noticeably better. There’s just more clarity and depth to the CL2 sound.

There’s no active noise-cancellation, but the passive sound isolation is unbelievably good. I was shocked by the extent to which outside sounds were reduced. It was at this point I forgave them the fiddliness of getting them well seated in your ears: once you hear how much external noise they block, it makes it all worthwhile.

Planar headphones are harder to drive than moving coil ones, and are often used with a headphone amp. They would definitely benefit from this, but my Mac produced all the volume and I would ever want. My iPhone X did too used indoors, but outside I’d ideally like a bit more volume despite the passive isolation.

In my book, even as someone who loves music and is happy to pay for decent headphones and speakers, $900 is a lot of money to pay for a pair of wireless in-ear headphones.

However, you can pay literally thousands of dollars for planar magnetic headphones, and the price of these is absolutely nothing out of the ordinary. The sound quality is stunning. Plus you’re getting a lot of extras for your money: wired and wireless options, multiple cables, the world’s largest choice of ear-tips, pouch and hard case.

So I don’t think the price is unreasonable. The only question is whether it can be justified by you or I.

I thought I had $300 ears where headphones were concerned, and these proved me wrong: I can definitely hear the difference. Is that difference worth $600? That would, in principle, be a tougher call.

However, there’s also the convenience – or inconvenience – factor to consider. I would, in an ideal world, use them wired at home, with my Mac, and wireless outside. But switching between wired and wireless use is just too much hassle.

And for mobile use, my MW07s have gotten me very used to the freedom of true wireless in-ear headphones, and a neckband with cables and ear-hangers feels very clunky in comparison. Plus the CL2s put out a bit less volume.

So ultimately, for me, the overall equation doesn’t quite stack up. But if ultimate audio quality is your priority, then you have to try them.

As for me, I’m kind of regretting that I did: I’m going to miss the quality. Give me that same performance in true wireless in-ear headphones and I think I’d take a deep breath and open my wallet. As it is, I’d love to keep them for at-home use, but can’t manage to justify $900 for that, great as they are.