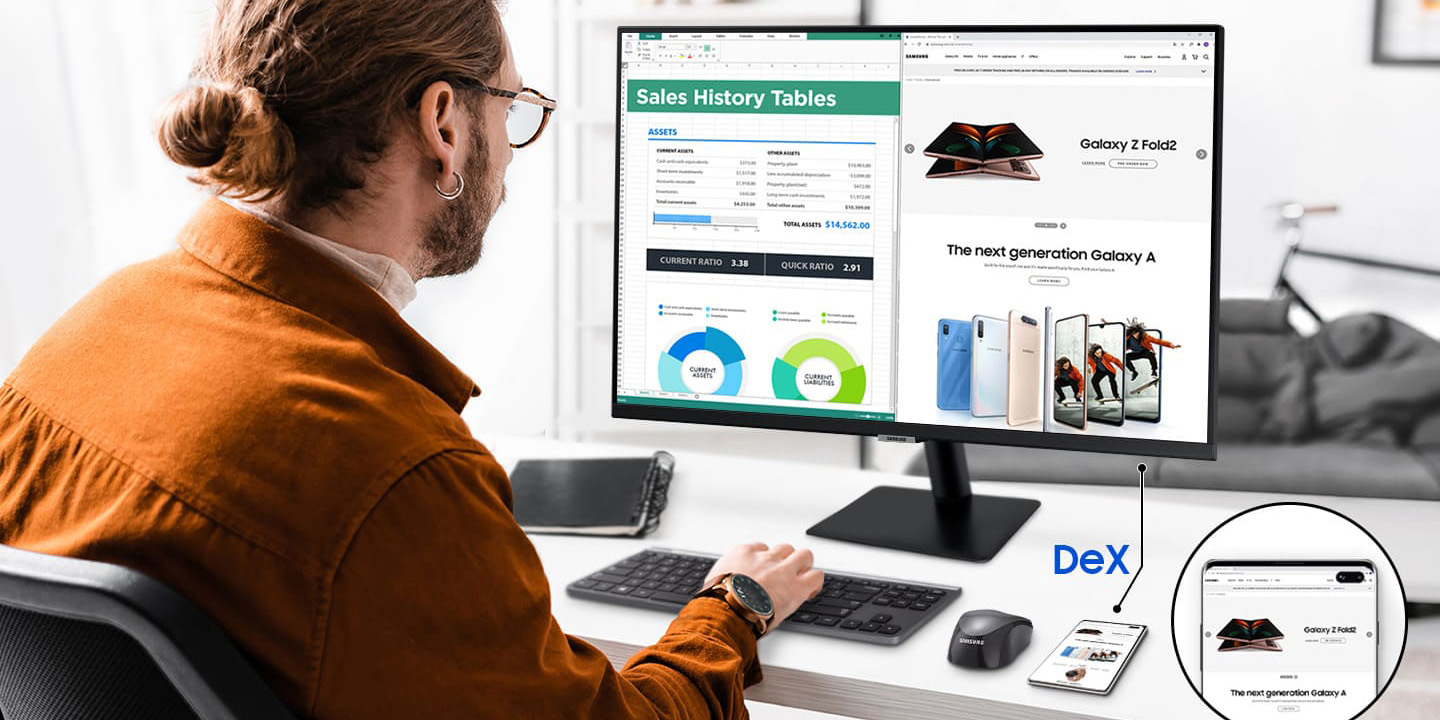 Computer monitors are usually just displays for a connected device, but following in the footsteps of its TVs, Samsung is releasing a new Smart Monitor that packs native apps, Apple AirPlay 2, and support for the Samsung DeX platform.

The Samsung M Series is the company’s first line of smart monitors, launching first with three new models. The M7 series offers a 32-inch, 4K monitor while the M5 brings 27-inch and 32-inch sizes, both at 1080p. These monitors bring HDR10 support, USB-C charging at up to 65W, Bluetooth 4.2, and built-in stereo speakers.

Regardless of which model you’re buying, though, the core set of features remains the same. Samsung has built its Tizen platform into each monitor which, with the bundled remote, opens up access to native apps such as Netflix, Disney+, Hulu, Apple TV+, YouTube, Prime Video, and more. Native app support also includes the Microsoft Office 365 suite with document viewing, editing, and saving based on your cloud accounts. There’s even a voice assistant.

These monitors also support the AirPlay 2 standard for easy mirroring of an iPhone or iPad screen, as well as casting for Android phones.

If you have a compatible Samsung smartphone — Galaxy Note 20 series or Galaxy Z Fold 2, more coming soon — you’ll be able to fully unlock this monitor. Samsung DeX support is built-in, meaning you can connect wirelessly to the monitor and have a full desktop experience powered just by your smartphone.

The Samsung M5 series starts at $229 for the 27-inch model and $279 for the 32-inch offering. The 4K M7 model costs $399. All three models are available for purchase in the United States, Canada, and China starting today.