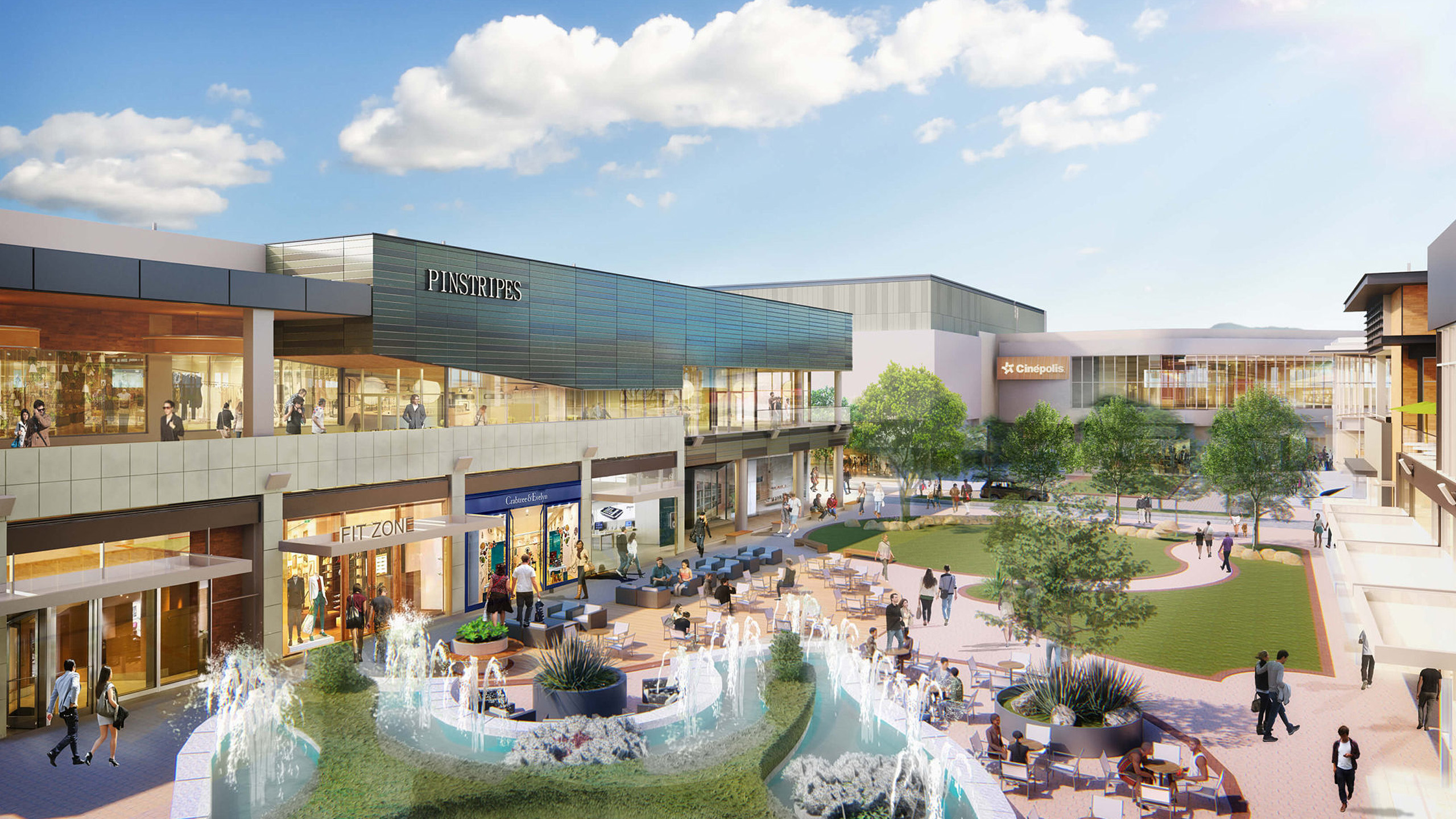 Apple is preparing to relocate its retail store in San Mateo, California to a substantially larger outdoor space. The move is one of many changes coming to Hillsdale Shopping Center, which is in the midst of a significant redevelopment project. Apple Hillsdale will become the 10th store in the Bay Area to feature Apple’s latest retail design.

Hillsdale Shopping Center’s North Block is planned to include a mix of restaurants, shops, and outdoor plazas anchored by a Cinépolis movie theater. The North Block replaces a former Sears department store and is connected to the existing mall by a new dining terrace bridging 31st Avenue near its intersection with El Camino Real. According to the shopping center’s website, the North Block will open in late fall of 2019.

Headlining the North Block development will be an expansive new Apple Store, public records indicate. Apple has been issued a permit valued at $6 million to improve a tenant space on the development’s northern edge, also known as Building K. A large midnight blue temporary wall currently covers a prime ground-level facade adjacent to the plaza. The construction is visible from restaurant windows on the dining terrace overlooking the North Block.

Apple Hillsdale first opened in September 2008 and is now one of Apple’s oldest and smallest stores remaining in the Bay Area. Out of the region’s 17 Apple Stores, 9 feature a modern design with a video wall and Forum for Today at Apple sessions while 8 have yet to be updated. Hillsdale’s upgrade will be joined by a new flagship store currently under construction in San Jose at Westfield Valley Fair. The completion of both projects will create a near-continuous line of updated stores along the main public transit corridor in the Bay Area. 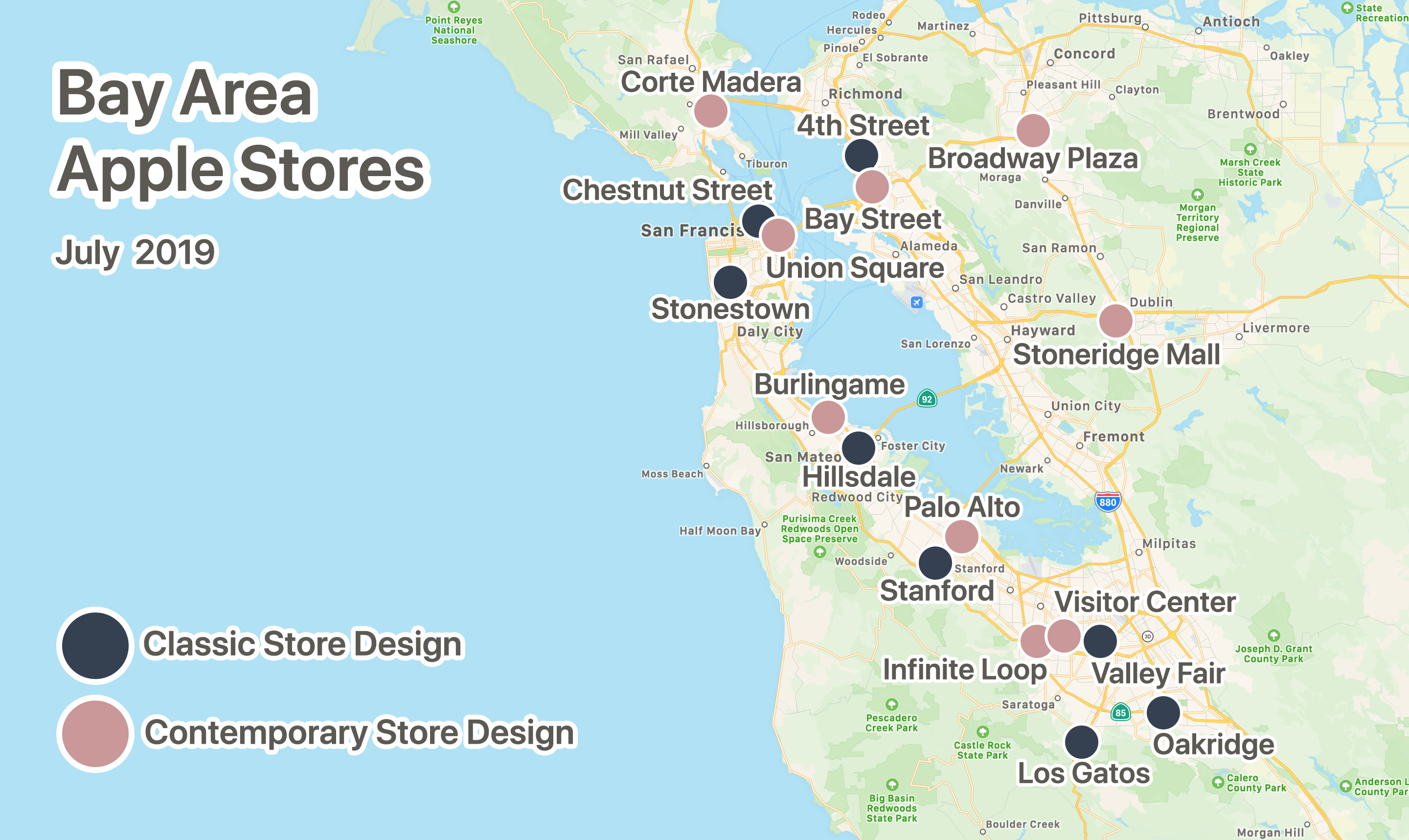