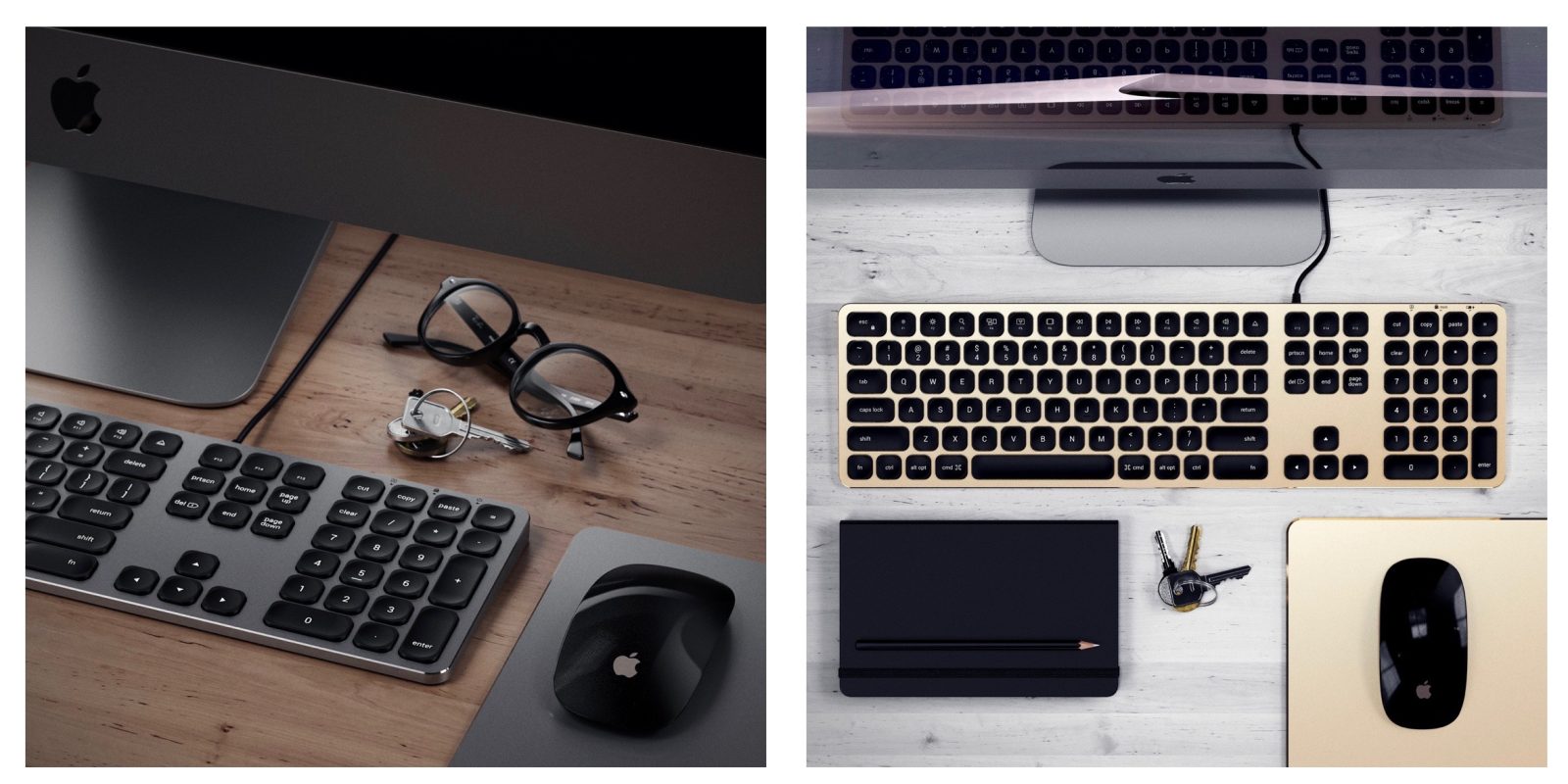 Popular accessory maker Satechi today is unveiling its latest keyboard products for Mac users. The accessory maker has unveiled new wired and wireless keyboard options with an extended keyboard layout in a range of Apple-friendly colors.

Satechi says its latest keyboards are designed with “enhanced scissors switch keys,” which allow them to “capture every keystroke for fast and precise typing.” Satechi has become a popular alternative to Apple’s own Magic Keyboard, and the company hopes to continue that trend with its new extended keyboards.

While Apple itself still sells its own extended keyboard in the form of the Magic Keyboard with Numeric Keypad, Satechi’s offering comes in at a more affordable price point at $79.99, compared to Apple’s $129. Further, Apple only offers a wireless option, while Satechi is offering a wired variant at an even more affordable $59.99 price point.

Satechi’s wireless extended keyboard touts up to 80 hours of battery life, with standby time of up to 100 days. The keyboard charges via USB-C, which is nice compared to other wireless keyboards on the market, but not quite as convenient as Lightning for many Apple fans.

Additionally, Satechi’s wireless keyboard can pair with up to three different devices, with dedicated Bluetooth assignment keys that make it easy to switch between devices. Meanwhile, the wired extended keyboard connects via USB-A.

Satechi’s new extended keyboards are available now in silver and coming in space gray, gold, and rose gold later this month. The wired option is available at $59.99, while the Bluetooth model comes in at $79.99.