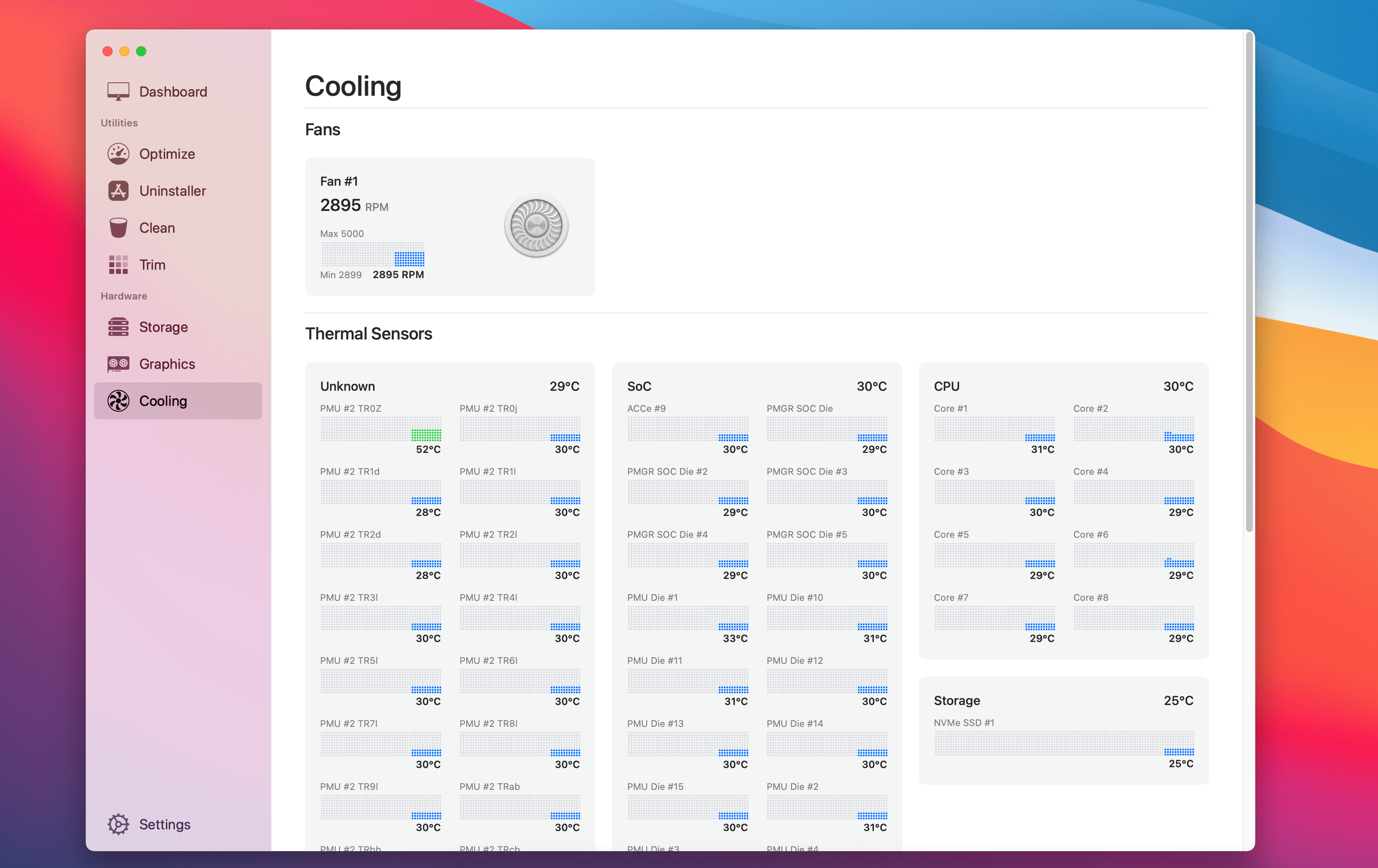 Sensei is a relatively new app that lets Mac users keep track of performance and other hardware details, such as battery health, RAM management, CPU usage, and more. The app was updated today with full support for the new Macs with M1 chip, so users can now monitor the temperature and fan of these Macs.

My 9to5Mac colleague Michael Potuck tested Sensei when it was released in January this year, and he said the app has a “gorgeous UI with lots of great functionality for monitoring and adjusting a Mac’s software and hardware performance.”

Among all the features that the Sensei app has, users will find a startup speed optimizer, disk cleaner, SSD Trim enabler, disk health analyzer, CPU and GPU Monitor, thermal dashboard, app uninstaller, and much more.

The latest version of Sensei for Mac adds support for new computers with Apple Silicon, which includes the new Mac mini, MacBook Air, and MacBook Pro with M1 chip. Users running Sensei on these machines can now check the CPU temperature and also control the fan on compatible models.

Developer Oskar Groth mentioned in a blog post that the M1 chip has even more temperature sensors compared to Intel processors, so the app will be able to offer even more precise details.

An interesting observation is that the M1 Macs seem to have a greater amount of temperature sensors, with a larger portion of them located on the new Apple Silicon SoC. This is likely in order to benefit the asymmetric multiprocessing techniques employed in the new CPU architecture, where the CPU switches between high-performance cores and high-efficiency cores dynamically in order to maximise performance per watt.

Users can buy the Sensei app for $59 with a lifetime license or with a one-year license for $29. For a limited time, these prices will be at a 50% discount for Black Friday. There’s also a trial version available on Sensei’s official website.