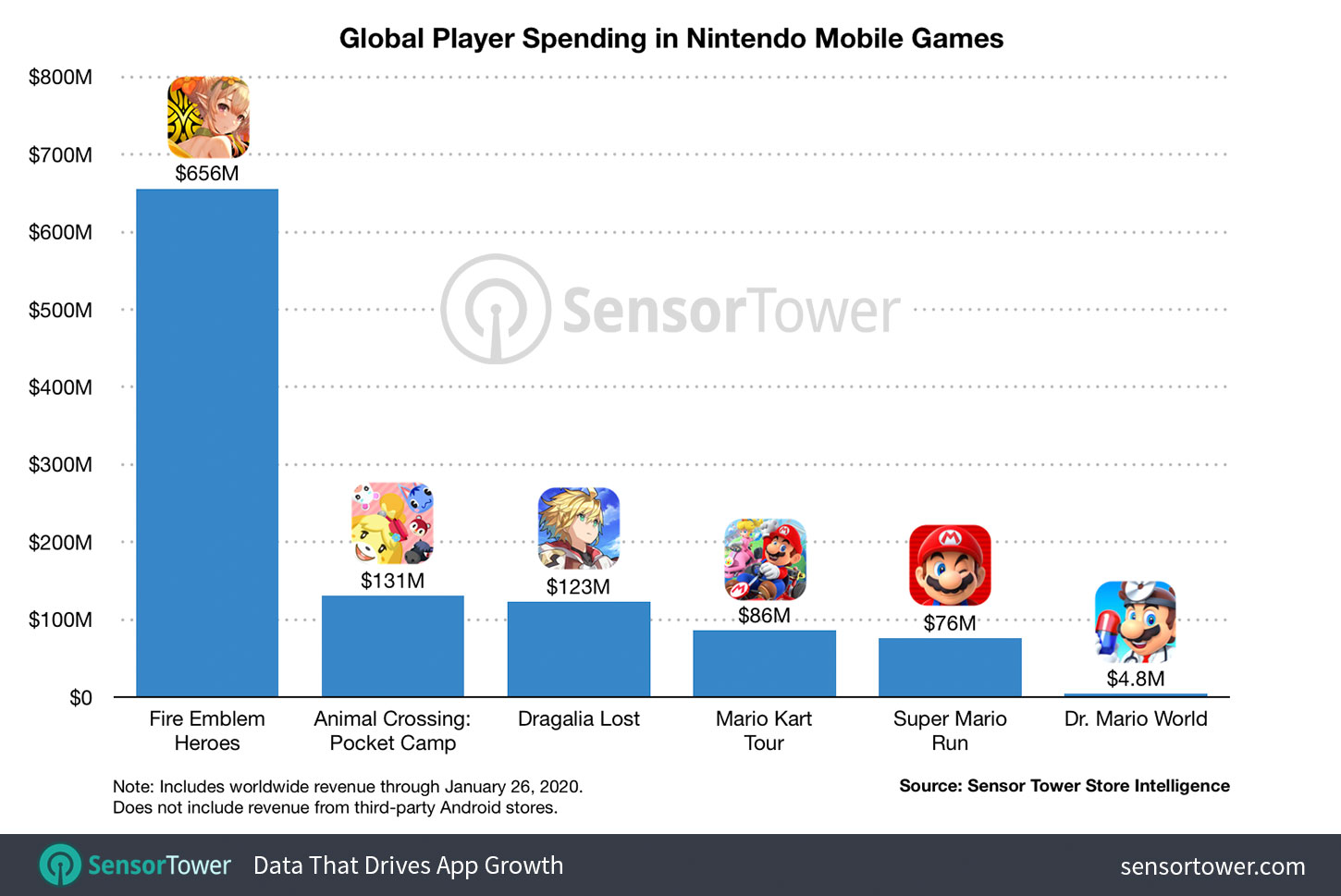 Nintendo continues to see success with its lineup of mobile games on iOS and Android. According to new data from Sensor Tower, Nintendo has now generated more than $1 billion in lifetime revenue from player spending through the App Store and Google Player.

Nintendo’s “Mario” titles round out the charts: Mario Kart Tour at $86 million, Super Mario Run at $76 million, and Dr. Mario World at $5.8 million. Sensor Tower explains that despite it accounting for fewer downloads than the others, Fire Emblem Heroes remains the most successful Nintendo game from a financial perspective.

Despite being lower ranked in terms of downloads share, the financial success of Fire Emblem Heroes—which boasts average revenue-per-download of $41—suggests that Nintendo has hit upon a winning formula with the gacha model.

For comparison’s sake, Super Mario Run is the most downloaded Nintendo game at 244 million, but its revenue-per-download number is far lower.

You can read Sensor Tower’s full report for more details on the successes and failures of Nintendo’s mobile games. Ultimately, however, the consensus is that the company’s “monetization experiments have paid off,” despite its inability to replicate the success of Fire Emblem Heroes so far.