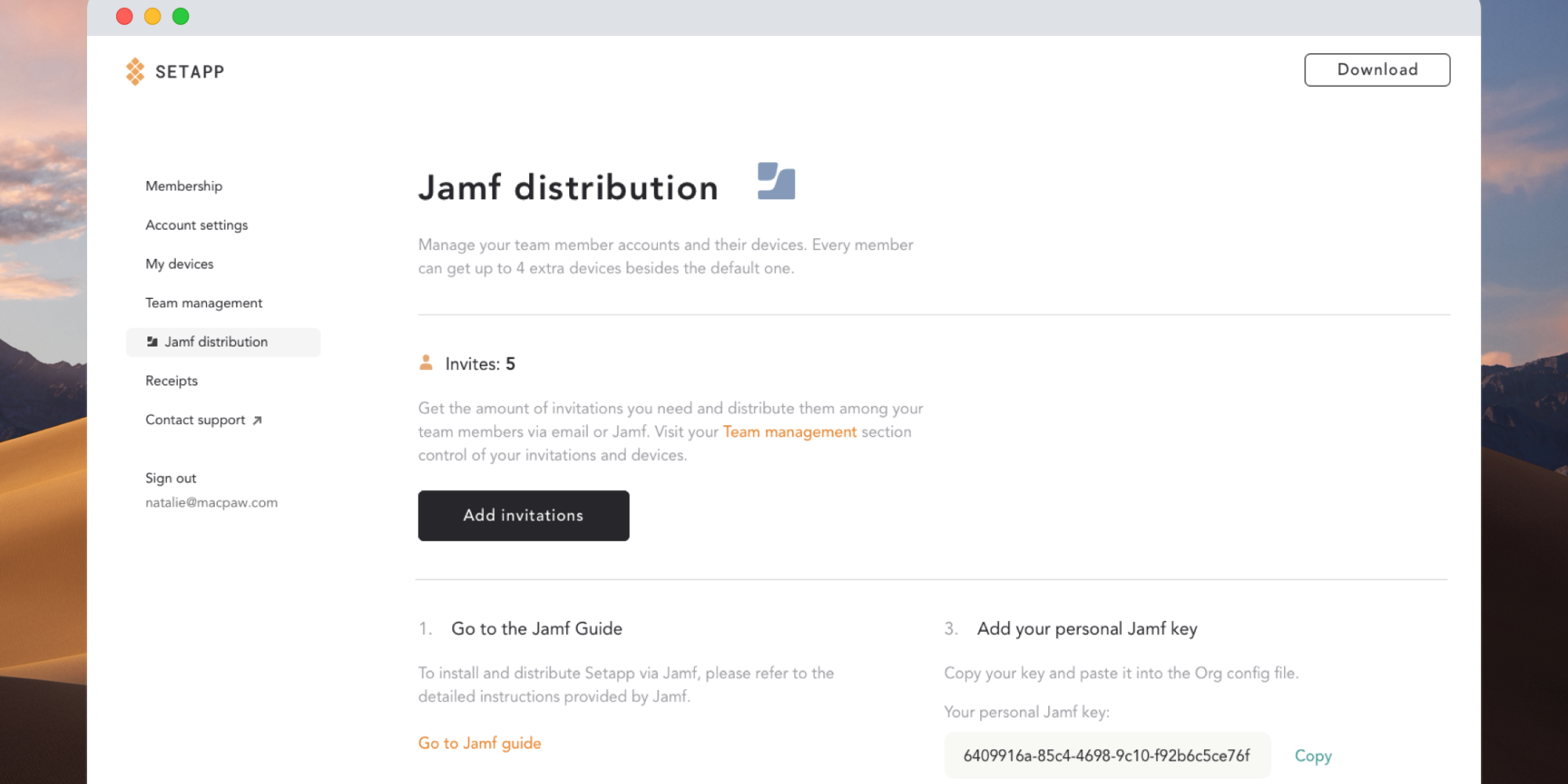 One of the most significant changes in enterprise IT over the last decade has been with Software as a Service (SaaS) going from the minority to the expectation. Thanks to frequent (and free) updates of macOS and iOS, developers are having to spend considerable resources on maintaining their apps on top of trying to grow their feature sets. Instead of spending $1500 every time a new version of Adobe Creative Cloud comes out, organizations can have a recurring charge for the number of seats they need and easily monitor expenses. Setapp, the popular all you can eat service for apps, has recently released an enterprise version for businesses that is called Setapp for Teams.

When I first heard of Setapp for Teams, it took me a while to wrap my head around the usefulness of it, but then I started thinking about all of the various applications I use on my Mac and how much it can often add up to just for upgrade versions. For example, I always buy an upgraded PDFpen when a new version is released. I think the upgrade is usually around $40 or so depending on the year. I keep an active license to CleanMyMac X, and I also heavily rely on Wi-Fi Explorer when troubleshooting Wi-Fi networks. Just on these three apps alone, I know I would pay for Setapp vs. expensing these apps every year. How does that scale up to a team?

As Setapps’ app count continues to grow, it’s likely to fit the needs of a lot of your employees. Instead of having employees buy apps on the Mac App Store or directly from developers, you could deploy Setapp for Teams and let employees find the apps that best for their needs. From a billing perspective, you’d only have the single Setapp for Teams charge instead of various App Store receipts, developer store receipts, etc.

From a user perspective, they are free to try out new apps for writing, project management, and creativity without having to go through trial versions that might not contain all the features or purchase something that is soon out of date when a new version of macOS is released.

Setapp for Teams accounts start at four team members and offers access to the entire library of macOS apps for $8.99 a month per user. Each person gets one device included; every additional device costs $7.99 per month. The pricing is entirely fair, but I’d love to see users get two machines for that price if they want to use the same apps at home vs. at work. I know I have two laptops (one at work and one at home), but I am often doing work-related tasks on my home computer on the weekends or late at night.

Setapp for Teams also offers an annual plan which I much prefer so I can process the receipt once vs. every single month. Setapp also offers an education discount for students as well.

For a smaller organization, you probably aren’t thinking about how to deploy Setapp for Teams, but scalability is also where my mind goes. Setapp has thought this through, and they support deployment via Jamf. They don’t just support actually deploying the app, but also blocking certain apps, setting the company name, and setting the team key. Using Jamf, the IT department can install and configure Setapp for the entire team by creating a package source and a configuration file.

Wrap-up on Setapp for Teams

Setapp has been growing in mindshare. They’ve clearly shown that the model works as they have some of the best third-party Mac apps like Ulysses, iStat Menus, PDFpen, and more. With an enterprise-focused service, it’s now possible for an organization to experience some of the best Mac apps across their organization without having to spend a lot of money to see which ones fit them best. If you’ve got some year-end budget money, signing your team up for a full suite of apps for 2020 might be a good way to start the new year off right.