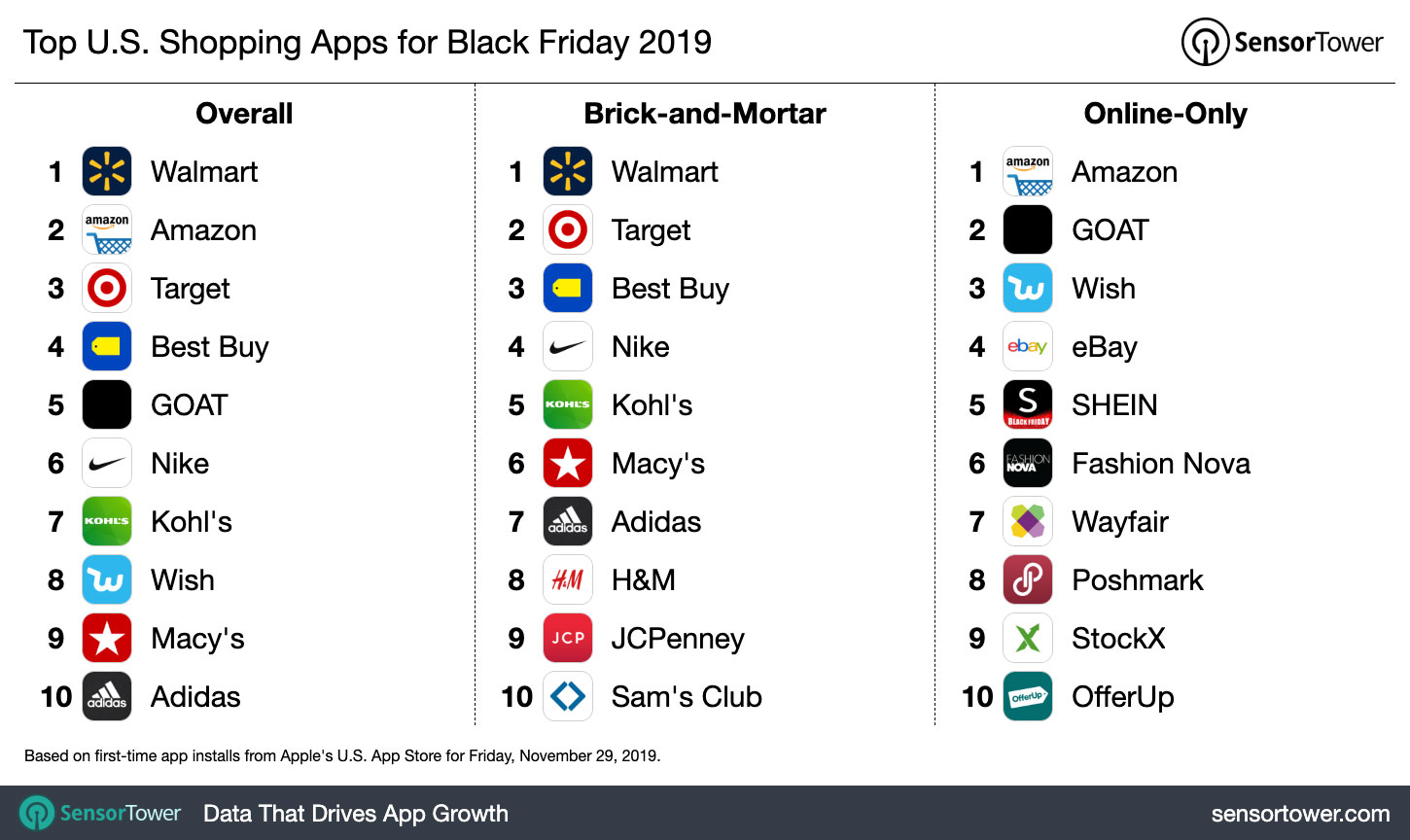 Now that Black Friday and Cyber Monday are in the books, we’re getting our first look at the data from the big holiday shopping weekend. Sensor Tower reports that Black Friday marked a major increase in downloads for shopping apps on the App Store.


According to that Sensor Tower data, the overall number of first-time app downloads in the Shopping category on the App Store increased 8% year-over-year. In total, there were over 1.8 million installations. The top 10 most downloaded shopping apps saw even higher growth:

The top 10 most downloaded shopping apps on November 29 grew 11 percent Y/Y, reaching a combined 527,000 installs. That represented 28.8 percent of all downloads for the Shopping category—the largest share yet for its top apps on Black Friday since the category was established in 2015.

Meanwhile, Walmart beat out Amazon as the most downloaded shopping app on Black Friday. In fact, installations of the Amazon app were down 10% compared to last year. The important thing to note here, however, is that there is a shrinking number of iOS users who don’t already have the Amazon app installed every year.

Here are the full results from Black Friday 2019 in the App Store:

In addition to Sensor Tower’s data, Adobe is also out with its annual Holiday Shopping Trends report. The most notable bit of information out of this report is the increasing amount of shopping that users are completing from their smartphones.

According to Adobe’s data, Americans will spend an additional $14 billion from their smartphones compared to last year. “That means that shopping on smartphones will be directly responsible for half of the increase in shopping this holiday season,” Adobe says.

With that being said, the desktop still accounts for the majority of shopping on both Black Friday and Cyber Monday. Though, the story shifts to the smartphone in terms of Christmas Day shopping.

The full Adobe Holiday Shopping Trends report can be found here. Even though Black Friday and Cyber Monday are behind us, the deals aren’t over. Be sure to keep it locked to 9to5Toys for continued deal coverage throughout the holiday season and beyond.