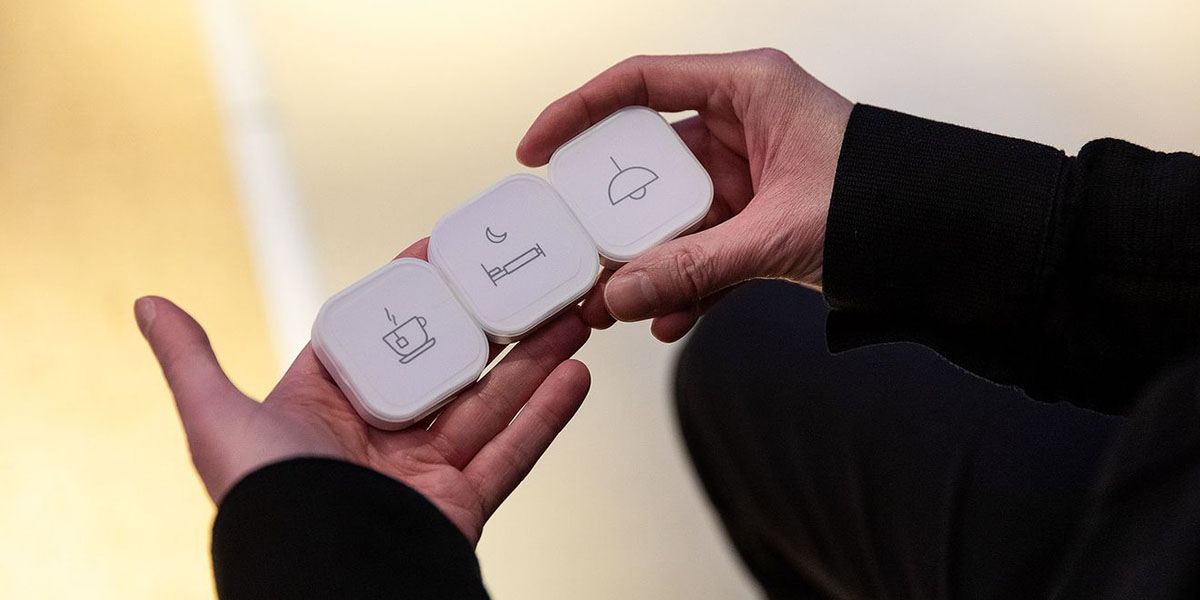 Ikea’s HomeKit-compatible smart home products already support Scenes through Apple’s Home app, but the is now offering Scenes through its own app – as well as upcoming physical Shortcut Buttons that are expected to sell for $9.99 …

The Verge reports that a firmware update brings Scene compatibility to the Ikea Home Smart app.

Once updated, scenes will appear in a dedicated section at the top of the Ikea Home Smart app. One scene suggested by the app is “All off,” which can be configured to turn off every Ikea light in the home while silencing every Sonos-compatible speaker.

The more interesting news is that Scenes will also be supported by Ikea’s Shortcut Button. This was first demonstrated a year ago, but now finally appears to be getting closer to release.

A listing on Ikea’s Lithuanian store currently prices the buttons at €9.99, but shows no available stock.

A button mounted by your front door, for example, could activate the All Off scene, to switch everything off as you leave. A Bedtime button could switch on your bedroom lamps, switch off all other lights and close all blinds.

Like many smart home device makers, Ikea has a somewhat patchy record when it comes to its HomeKit products – often promising it long before it arrives. This was true of both the Trafdi smart plug, and the lengthy saga of its smart blinds. First announced in late 2018, they were promised in the US for February 2019, then for April, then August, then ‘late 2019’ – before finally arriving in October of last year, but without HomeKit support. That eventually happened in January of this year, along with some ‘technical issues.’