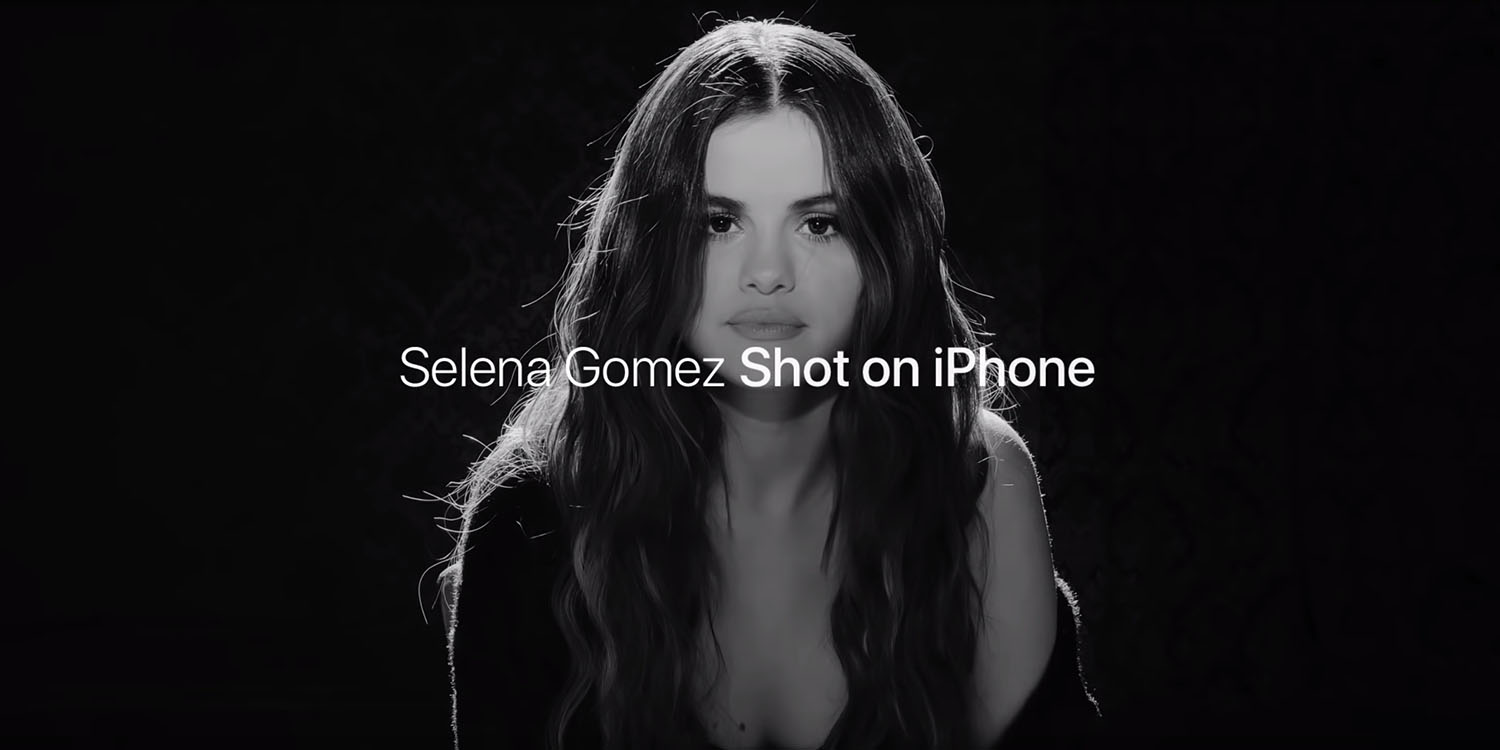 Selena Gomez fans have been waiting four years for a new album after Revival, and the singer songwriter has now released the first song for it – with the music video shot entirely on the iPhone 11 Pro. Back in 2015, when Revival was released, she was one of the most-played artists on Beats 1.

The new song is called Lose You to Love Me, and a clip from it is featured by Apple …

Apple has a one-minute clip from the video on its YouTube channel, promoting it as shot on iPhone 11. You can watch both the clip and the full video below.

Apple also promotes the song on iTunes and Apple Music.

Selenators, rise up! The pop superstar roars back with the new single ‘Lose You to Love Me.’ Hear it now and watch the Shot on iPhone music video.

Gomez tweeted that she was beginning her next adventure.

Thank you all for standing by my side through the highs and lows. I couldn’t do it without you all and I can’t wait to start my next adventure with you. 🖤 Lose You To Love Me is out now. #ShotOniPhone #LoseYouToLoveMe pic.twitter.com/WJG0Y1Fpik

Billboard reports that the upcoming album doesn’t yet have a name.

It’s been four years since Selena Gomez’s 2015 album, Revival, and a new era is finally upon us. The songstress kicked off her yet-to-be-titled upcoming album with the brand-new song “Lose You to Love Me.”

The ballad, which dropped Wednesday (Oct 23), is a characteristically Gomez pop melody with airy vocals and lyrics like, “Rose colored glasses all distorted/ I saw the signs and I ignored it/ I gave my all and they all know it.”

“I have to do a few finishing things with it, but I’m just relieved,” she told Jimmy Fallon on The Tonight Show back in June. “It took me four years now to even feel at a good place with this album, and it’s just because I had such huge moments that happened in my life personally that ‘how was I going to capture that?’ And how was I actually gonna feel good about what I was saying?”

The site reports that the video is shot by award-winning director Sophie Miller, who has shot videos for Annie Lennox, Blur, The Cure, the Eurythmics, Hole, Natalie Merchant, No Doubt, PJ Harvey, Sade and Sinead O’Connor

Miller is known for monochrome backgrounds, but an entirely black-and-white video is unusual for her as she often uses bright colors in the foreground. She once told MVWire that she never plans out her videos ahead of time.

I don’t do story boards, because if I do one, I can’t be bothered to do the video anymore–its like I have already done it. To me, making videos is really exciting and creative, but if I know what I am going to do, it’s not interesting to me. I like to go into it not quite knowing what is going to happen; then everything is fresh and exciting. Every musician you work with is different, and the way they look at themselves and their work is different. I look at that artist and think, ‘You’re different; what can I do with you that I have not done before?’

The simplicity of this video is its strength. In truth, it’s not a great challenge for the iPhone as it’s a studio-lit shoot; the heavy lifting here is done by the lighting and editing.

And the full video:

The single is available for purchase on iTunes, and can be streamed on Apple Music.