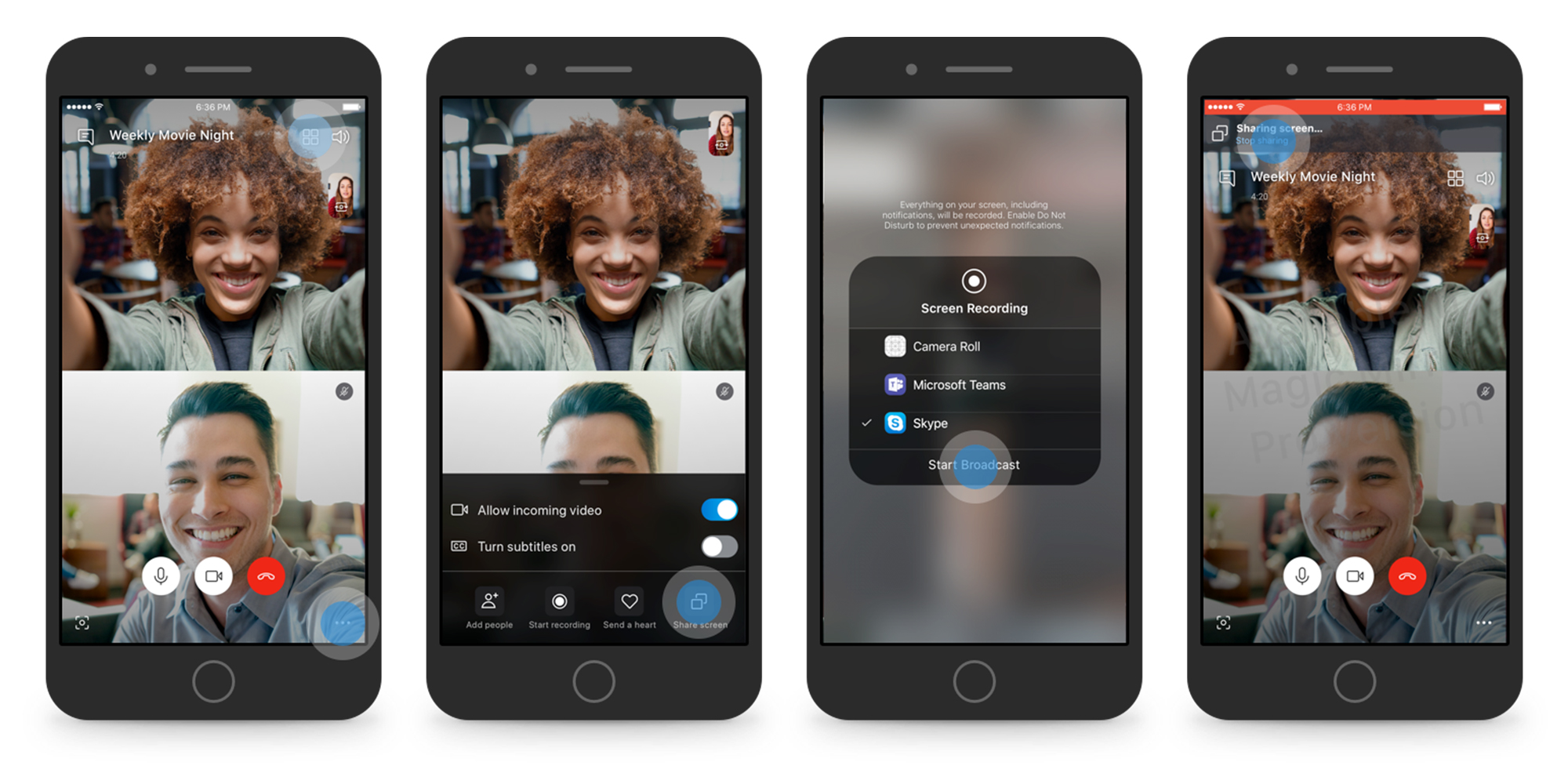 Screen sharing on Skype is now available to the masses, as the feature is officially out of beta and rolling out to iOS and Android devices right now.

Although Skype is no longer the most popular video messaging platform on mobile, the Microsoft-owned video chat application has some nifty features and boasts over 1 billion users worldwide. The addition of this screen sharing feature to the mobile Skype application might even open up a new audience for the platform.

Officially announced on the Skype blog, the app is still great for cross-platform video calling where you might need (but not want) to offer family tech support or show someone how to do something on their mobile device for instance.

“Skype has always been the easiest way to share your screen with others, and now we’re taking one of our most popular features on the go,” wrote the Skype team in a blog post. “Whether you have a last-minute meeting on the go, or your dad doesn’t know how to use his phone — screen sharing on Android and iOS lets you get it done from anywhere.”

You will need to be running at least iOS 12 on your iPhone or iPad and Android Marshmallow on your Android smartphone or tablet to utilize the new screen-sharing feature. Once you’ve updated you can start streaming your screen with little-to-no fuss whatsoever.

How to use ‘Screen Sharing’ on Skype for iOS and Android