Slingbox creators Sling Media today launched an all-new multi-camera production and live video broadcasting system called SlingStudio, which connects to an iPad app to allow users the ability to edit and manage videos on the spot. With the $999 SlingStudio, users can monitor and edit four HD video inputs from up to ten connected cameras and smartphone devices, as well as output live video to Facebook Live and YouTube.

The company said that SlingStudio can simplify every step of shooting video, all the way to post-production, thanks to its design. The ten video sources can include DSLR cameras, video cameras, smartphones, and computers, which connect to SlingStudio via the device’s own private Wi-Fi network. Any wirelessly connected device has to stay within 300 feet of the hub. 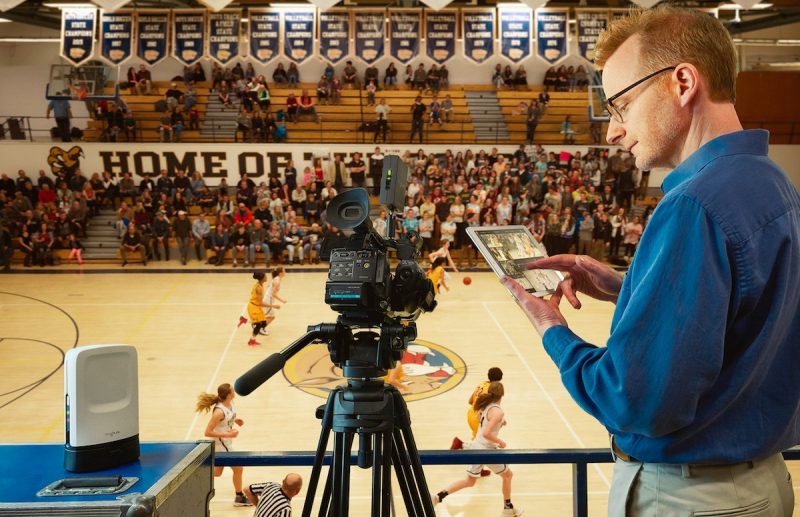 Alternatively, users can hardwire some DSLR cameras to SlingStudio using the hub’s HDMI input port, or purchase the $349 CameraLink accessory that plugs into the camera’s HDMI port and wirelessly transmits up to 1080p video to SlingStudio for around two hours of battery life.

During the production of a video, the company’s Console app for iPad [Direct Link] is required, letting directors monitor and create live-to-tape video from up to four input sources at one time. With the app, directors can add in picture-in-picture, edit transitions like dissolves and wipes, mix audio, and throw in text overlays. The company said that all of these additions can be made in real time, both as a video is streaming live and as it’s being recorded to a USB hard drive, SSD, or SD card.

For post-production, creators will be able to move an entire project file to their computer and import it into editing applications like Adobe Premiere Pro and Apple Final Cut Pro. Sling Media listed a detailed description of SlingStudio’s tech specs, as well:


Additional accessories include a $149 Battery that adds in portability to SlingStudio with three hours of battery life (otherwise the device requires an AC adapter), and a $49 USB-C Expander that supports wired Gigabit Ethernet connectivity for live broadcasting as well as data storage via compatible hard drives. More information about the device and its accessories can be found on the company’s website, and those interested can purchase SlingStudio today for $999.00.