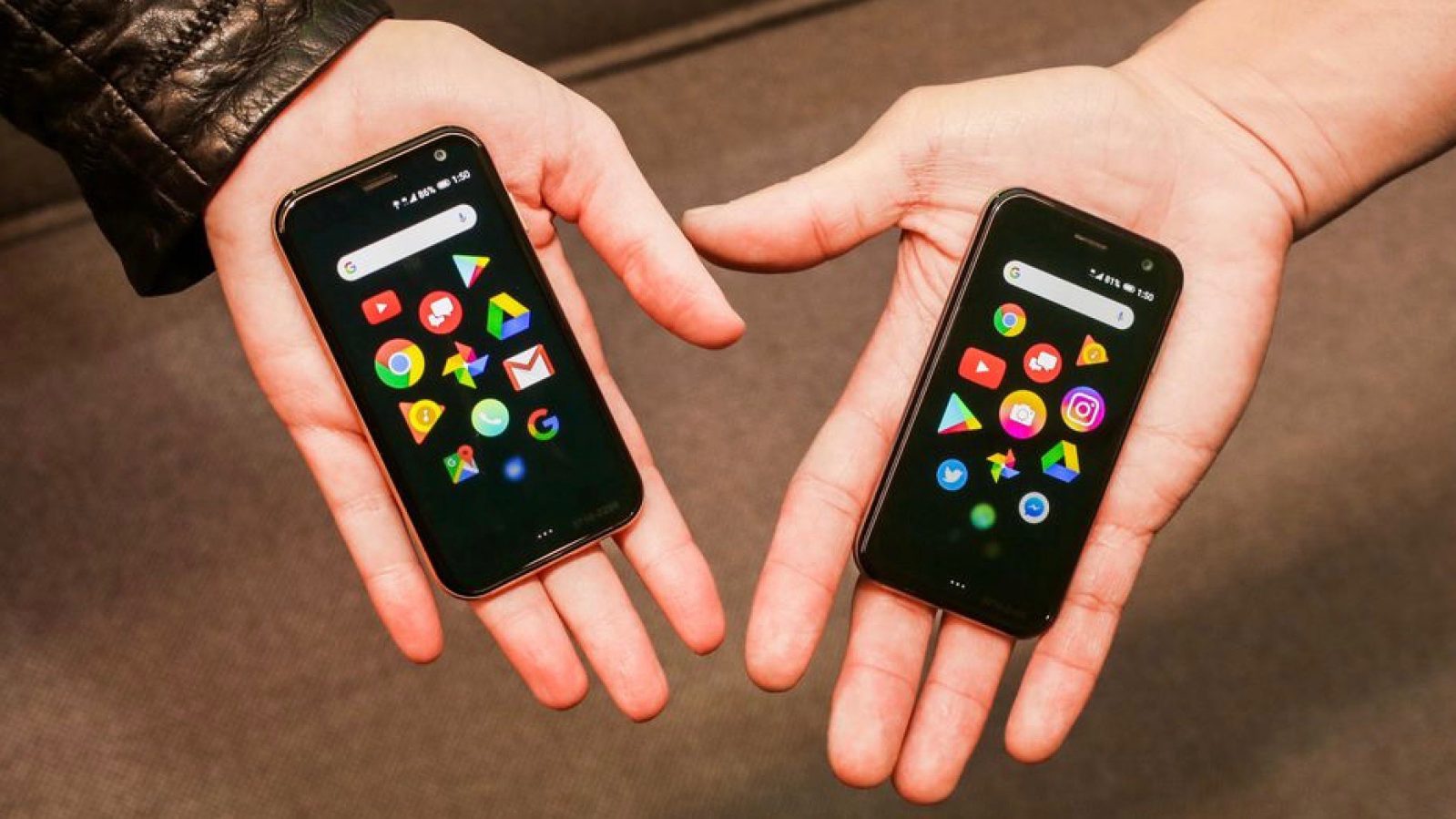 The movement to reduce our usage of smartphones shows no sign of slowing. Palm, one of the pioneers of the personal digital assistants that grew into smartphones, is back with a miniature phone designed to minimize our usage of the device …

Simply called Palm, the 3.3-inch Android phone costs $349 and looks vaguely like an early iPhone. As CNET reports, the company said it isn’t designed to replace your smartphone, but rather be an accessory to it.

The new Palm isn’t a phone but a companion mobile device that looks like a baby iPhone. It’s designed to act as a lightweight substitute when you’re at the gym, at a club or spending time with your family. The $349 device, sold exclusively in the US by Verizon Wireless, will pair up with your existing phone but has its own cellular radio that requires an additional $10 charge on your monthly wireless bill.

The theory is that the smaller form factor will be less compelling, and owners will therefore use it less.

Co-founder Howard Nuk describes a weekend in Napa using only the Palm. The smaller screen elicits a different mindset, he said, noting that he was prone to use it less than the typical larger phone. He mainly uses the Palm’s 12-megapixel rear camera and 8MP front-facing shooter for photos to post on Instagram.

It’s something he describes as “life mode,” the company’s shorthand for focusing on the real world around you rather than those pesky notifications

The device pairs to the phone via Verizon NumberShare, so if someone calls your main phone, the Palm rings too.

All of which sounds like Palm has invented an over-sized LTE Apple Watch.

It’s unlikely any iPhone owners will be tempted: not only is Palm an Android device, it’s only really geared to syncing with a main Android smartphone.

Palm says the device also pairs with iPhones, but many apps, including ones you pay for, will be missing. You won’t have access to iOS apps like Facetime. Nuk says if you want messaging to work, you’ll have to disable iMessage and rely on Verizon’s proprietary messaging app.

But maybe Android owners will go for it, and it’s at least good to see Palm back in the game. I still have fond memories of my Treo devices …

Facebook, ironically, does better than Apple and Google at complying with GDPR requests