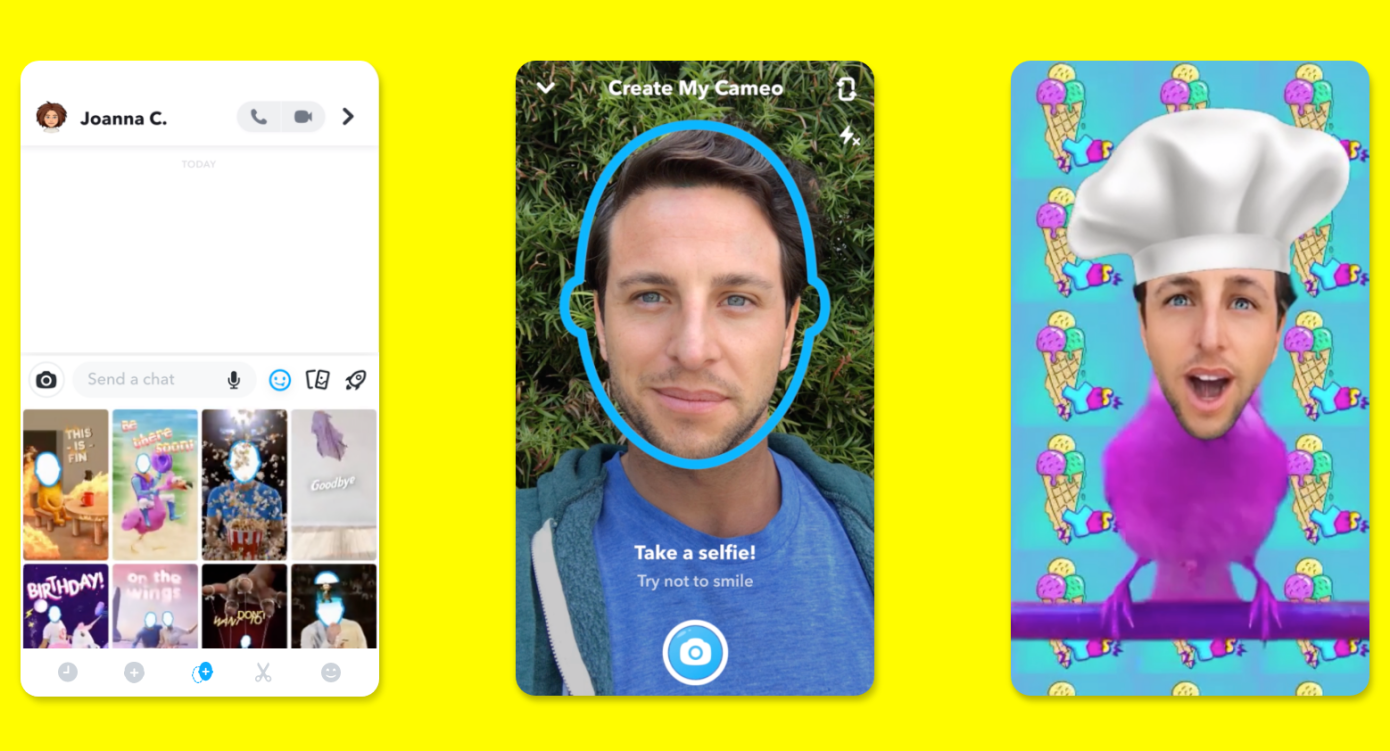 Snapchat is taking its filters and face tracking features to the next level later this month. TechCrunch reports that Snapchat will launch a new “Cameos” feature on December 18, allowing users to replace the faces in videos with their own.

The Snapchat Cameo feature is described as a “simplified way to deepfake you into GIFs,” building upon Snapchat’s popular Bitmoji feature.

To use Snapchat Cameo, you’ll first take a selfie in the Snapchat app – this will serve as the basis of your character in the video. Then, you can pick from one of the 150 looping video clips that Snapchat has created. These clips “can show you flaunting your cash, dancing like crazy, falling asleep and tons more.”

Once you pick your video clip, Snapchat will “stretch and move your selfie” to create the different facial reactions for the actors’ heads in the clip. Basically, you’re taking your own face and putting it in a video with different sections and expressions. Here’s how TechCrunch explains the feature:

Snapchat has made a 150 short looping video clips with sound that you can choose from, with new ones coming each week. They can show you flaunting your cash, dancing like crazy, falling asleep and tons more. Snapchat will then stretch and move your selfie to create different facial reactions that Cameo can apply to actors’ heads in the videos.

Snapchat Cameo is the latest advancement of Snapchat’s facial recognition and face tracking features. The company hopes to use these features, along with its augmented reality platform, as a way to set itself apart from the likes of Instagram, Facebook, and WhatsApp.

The Snapchat Cameos feature will roll out on iOS and Android on December 18. The feature is currently in testing with select users in international markets, but the global launch will commence on December 18.