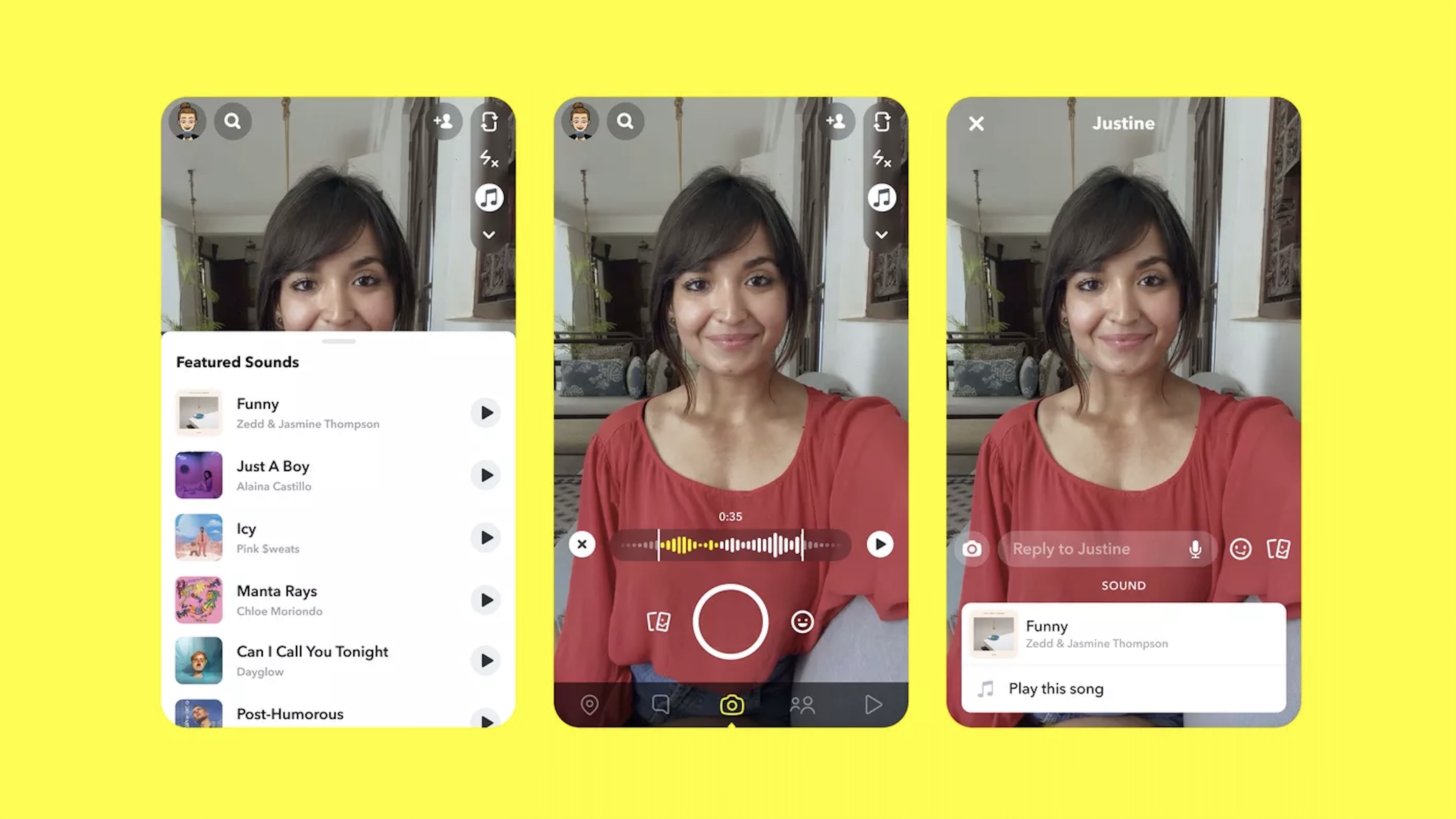 Snapchat will soon add support for TikTok-style music features, according to a new report from The Verge Snap will roll out these features to all English-language users later this fall, but the functionality is available starting today to users in New Zealand and Australia.

According to the report, this feature will allow users to record videos set to popular songs, all from directly within the Snapchat app itself. There won’t be an endless “For You” page of content, nor will there be support for viewing all videos that use a specific song or sound. These are two key features of TikTok, but Snapchat is focusing more on the individual and personalized creativity for sharing with close friends.

Speaking to The Verge, a spokesperson for Snapchat attempted to downplay the competition of TikTok, instead emphasizing that this feature is designed to share music with “real friends,” not to a wide collection of public followers like on TikTok. On the flip side, in an email explaining the new feature, Snap touted that Snapchat “reaches more people in the U.S. than Twitter and TikTok combined,” based on “publicly available” metrics.

One of the most challenging aspects of these types of features is working with the music industry, but Snap says that it has “a robust and curated catalogue of music” from Warner Music Group, Universal Music, Merlin, and others.

Of course, this announcement from Snapchat comes amid questions about the future of TikTok in the United States. Reports last week suggested that Microsoft would acquire TikTok’s United States operations from ByteDance to ease concerns about its ties to China. Then, President Trump downplayed that possibility and said he would ban TikTok from the United States altogether

In a quick turn of events, Microsoft shared a public update on its interest in buying TikTok, saying that Microsoft CEO Satya Nadella spoke directly to President Trump about the deal. The company says that it plans to move quickly on the possible TiKTok purchase, and have more information on a potential acquisition by September 15.

Finally, Microsoft added that if it does complete the acquisition, it plans to “build on the experience TikTok users currently love, while adding world-class security, privacy, and digital safety protections.”

In the interim, Snapchat is looking to capitalize on the uncertainty surrounding TikTok’s future in the United States. What do you think? Will Snapchat be able to compete with TikTok in this arena? Let us know down in the comments!