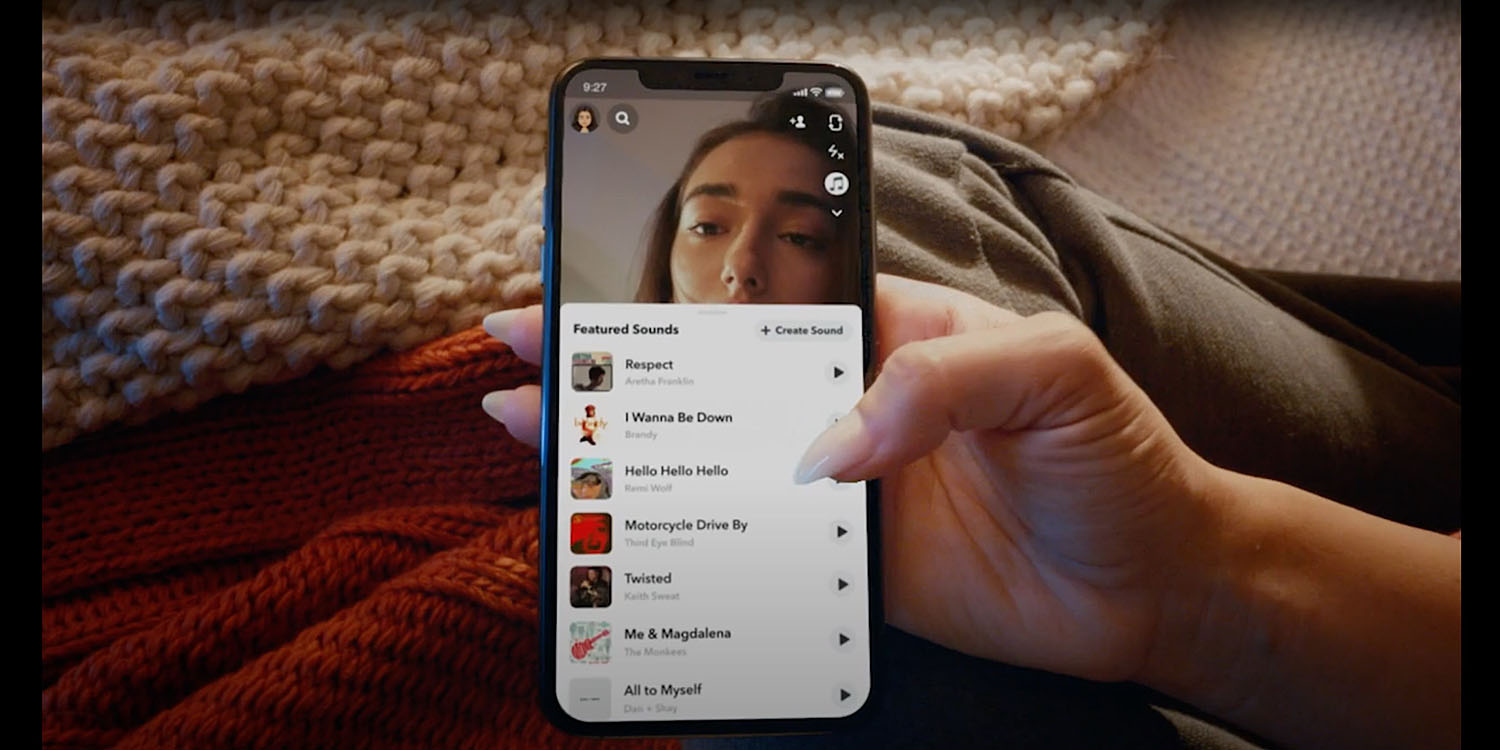 Snap has announced a new feature called Snapchat Sounds, which lets you add song clips to both Snaps and Stories. For now, the feature is iOS only …

Variety reports that the feature is now available worldwide after testing the idea in Australia and New Zealand.

With Sounds on Snapchat, users of the iOS app worldwide can add music to their Snaps (pre- or post-capture) from a curated catalog of music. Snapchatters can add music before recording video by selecting the Sounds tool (with the music notes icon) on the right-hand side of the Camera screen and choosing a track from the Featured Sounds list. Alternately, they can select a track from the Sounds tool after taking a Snap.

When you receive a Snap with Sounds, you can swipe up to view the album art, song title, and the name of the artist. A “Play This Song” link lets you listen to the full song on other streaming platforms, including Spotify, Apple Music and SoundCloud.

You can watch a brief video promo below.