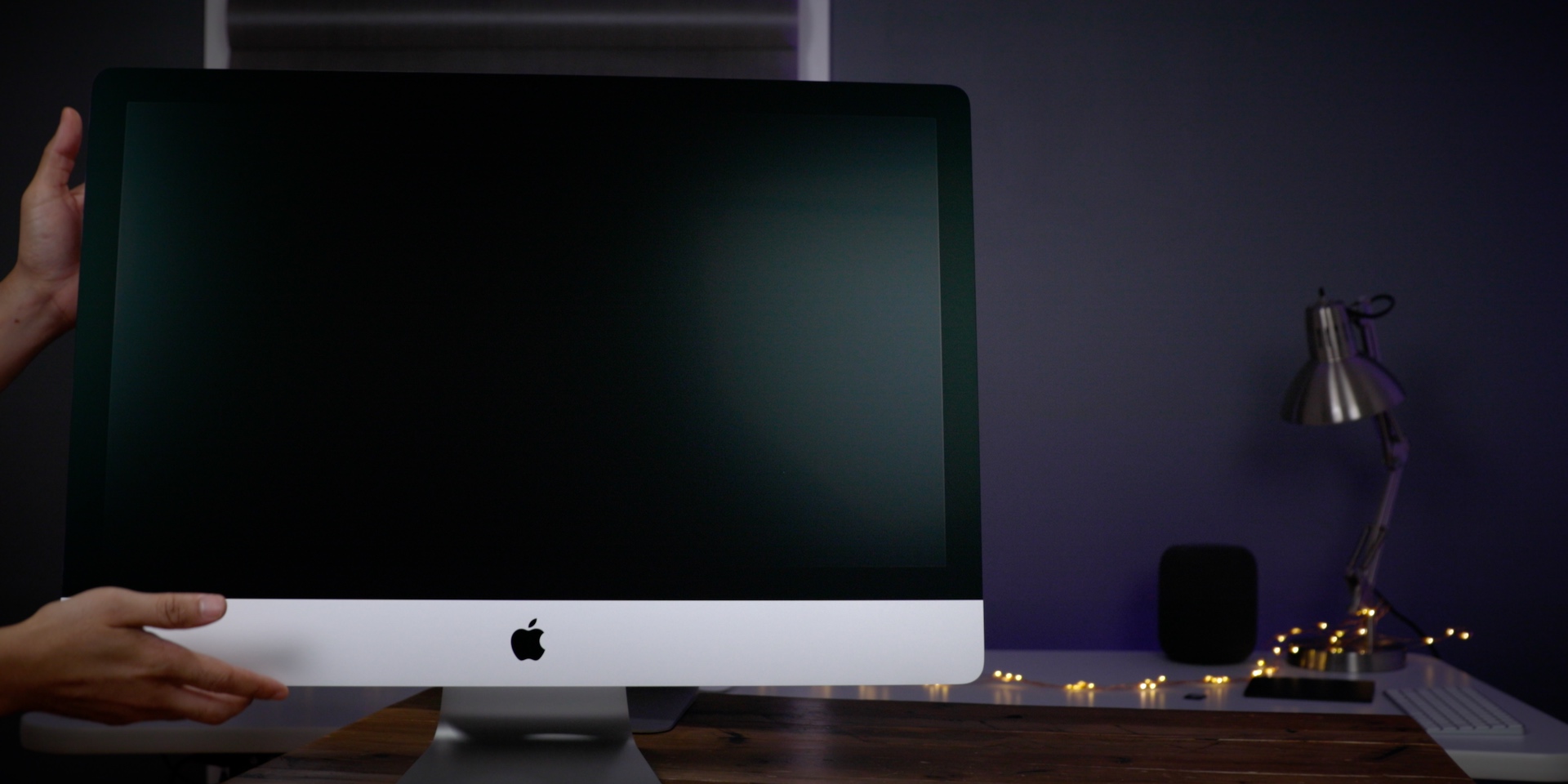 A handful of 2020 iMac users are apparently experiencing issues due to the included AMD GPU. A recent thread on the Apple Support Forums outlines that the AMD Radeon Pro 5700 XT is the likely culprit of a screen glitch that causes random lines to appear on the display.

The latest 27-inch iMac can be outfitted with the Radeon Pro 5700 XT with 16GB of GDDR6 memory. It’s the highest-end configuration offered by Apple, but it appears to be causing display issues for users.

The original user in the App Support thread explains that their 2020 iMac will randomly show lines across the display. The user originally thought that the lines could be caused by intensive workflows and high heat, but further testing revealed that not to be the case:

I’ve just received my new iMac and noticed that from time to time a line glitch appears on my screen. It’s completely random, I thought it was related to intensive work/heat but sometimes even when the computer is idle I see the line on the screen.

The iMac is running fine, I ran all sorts of benchmarks for CPU/GPU and it’s all OK, but from time to time I see this annoying line on my screen.

One user adds that upon further research, the likely culprit of this issue is the aforementioned 5700 XT GPU. The overall performance of the iMac does not seem to be affected by the problem, though.

Same problem with my iMac 2020, already appeared during the initial Mac setup and keeps flashing randomly since then. Searching through YouTube and google it seems this is a common problem with the 5700XT gpu that comes with it.

It’s unclear just how widespread this problem is right now, but keep in mind that the issue affects only the highest-end GPU configuration. This means that likely just a small subset of iMac users is affected, but ideally, Apple will roll out a fix quickly.

This is likely to be a software problem of some sort, related to the drivers required by the Radeon Pro 5700 XT. Hopefully, this means AMD and Apple can work swiftly on a solution that can be pushed via software to affected users.

Are you using the 2020 iMac with the 5700 XT GPU? Do you notice this problem? Let us know down in the comments.