A number of MacRumors readers received an email from Apple today stating that their 50GB iCloud storage plan subscription has been “discontinued” and will no longer automatically renew. Several users on Reddit and Twitter have also reported receiving the email, which may have been sent mistakenly. 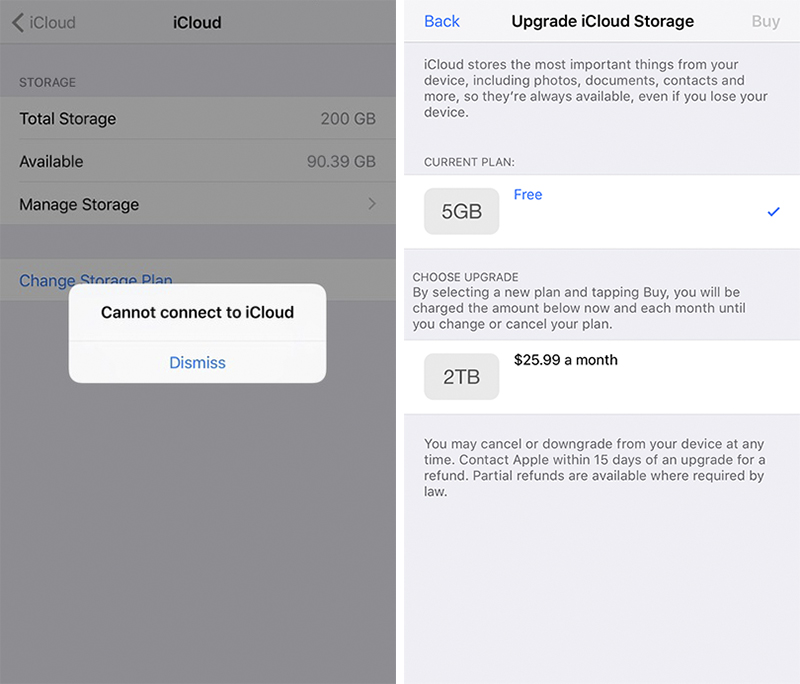 Relatedly, some iCloud storage plans were unavailable for purchase on iOS and macOS Sierra. When we checked the “Upgrade iCloud Storage” menu on an iPhone, both the 50GB and 200GB tiers were no longer listed. Later, the 1TB tier disappeared as well. On another iPhone, the menu wouldn’t load at all.

Apple has not indicated why the “discontinued” emails were sent, but all four of the 50GB, 200GB, 1TB, and 2TB tiers appear to be available for purchase again for most users. We’ll update this article if we hear anything else, particularly if Apple does have surprise changes to its iCloud storage plans in the works.
Discuss this article in our forums

Opinion: Apple’s audiobooks experience could benefit from a subscription overhaul

How to upload photos into iCloud Photos from iPhone, iPad, Mac, and icloud․com