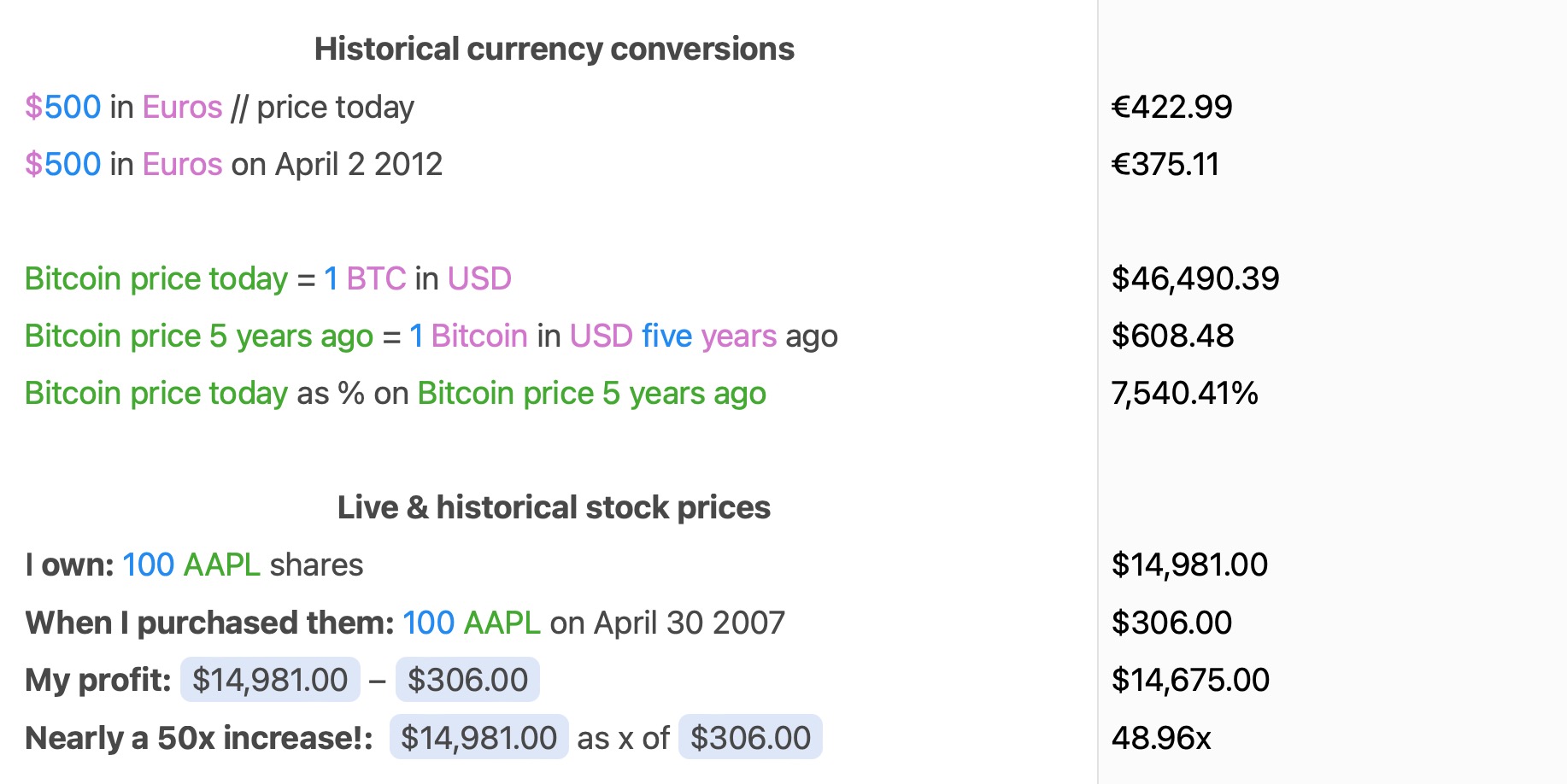 Soulver is one of my favorite applications for the Mac, and it became even more powerful this week with the release of Soulver 3.5. This week’s update to Soulver adds support for publishing sheets via the web, integration with live and historical stock rates and currencies, and much more.

For those unfamiliar, Soulver can best be described as a hybrid between a calculator app and a text editor.

Soulver is great as a simple calculator replacement. But it really shines when you use it to explore different scenarios and experiment with numbers. You can use words and numbers alongside each other and you almost never encounter an error. And all your work is automatically saved for you so you can reference it later.

With this week’s release of Soulver 3.5, one of the most notable new features is support for publishing Soulver sheets to the web. This means that you can create a Soulver sheet of notes and calculations, then share a link to that sheet, and anyone can view it directly in their web browser of choice.

Check out this link for an example of a Soulver sheet published to the web that just so happens to integrate the new historical/live stock prices and currency conversions.

You can find a breakdown of the other enhancements in this week’s update to Soulver below. Soulver is available with a 30-day trial and for $29.95 after that. It’s one of my most-used Mac apps, and this week’s update makes it even more useful.