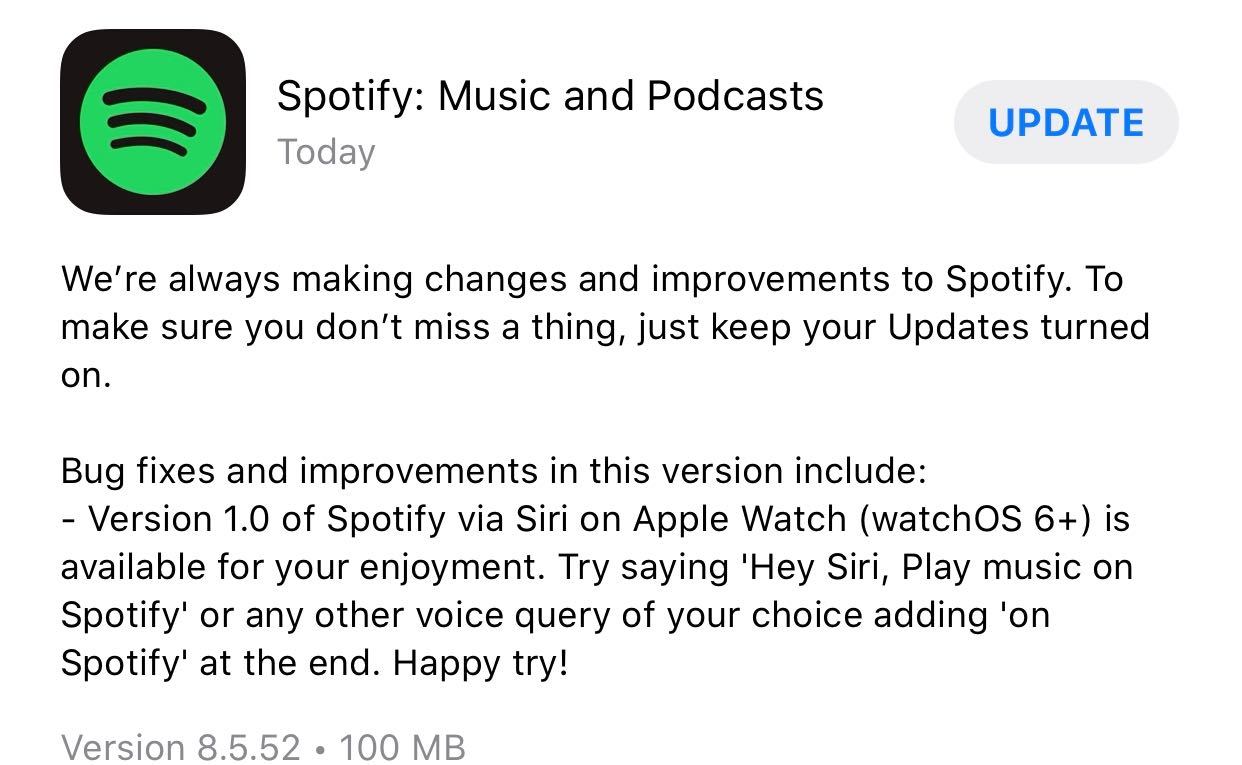 After bringing the long-awaited feature to iOS last fall, Spotify has updated its app today to take advantage of Siri support on Apple Watch in watchOS 6.

Spotify first released its Apple Watch app back in 2018 but it’s been lagging behind on features like streaming music from the wearable and support for Siri.

Now Spotify has launched support for Siri on Apple Watches on watchOS 6 with version 8.5.52 available now on the App Store.

Spotify mentions in the release notes to use Siri with the music service on Apple Watch users can say “Hey Siri, Play music on Spotify” or just add “on Spotify” to any voice command to play content.