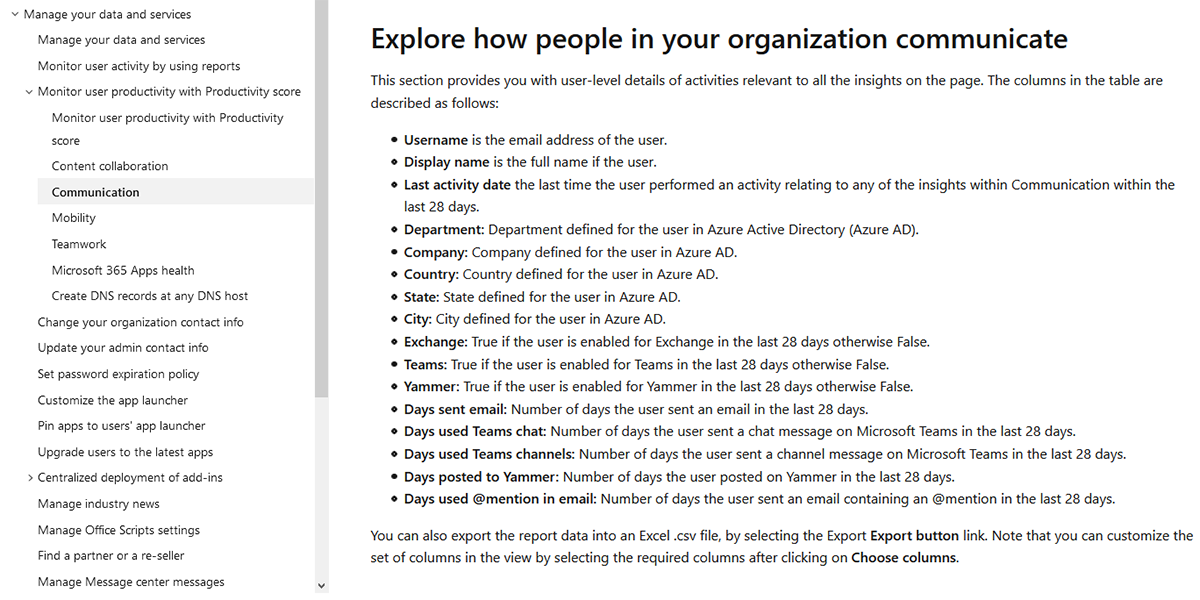 Privacy and misuse concerns have been raised about a Microsoft 365 feature that allows companies to spy on employees.

Microsoft has been criticised for enabling “workplace surveillance” after privacy campaigners warned that the company’s “productivity score” feature allows managers to use Microsoft 365 to track their employees’ activity at an individual level.

The tools, first released in 2019, are designed to “provide you visibility into how your organisation works”, according to a Microsoft blogpost, and aggregate information about everything from email use to network connectivity into a headline percentage for office productivity.

But by default, reports also let managers drill down into data on individual employees, to find those who participate less in group chat conversations, send fewer emails, or fail to collaborate in shared documents.

Researcher Wolfie Christl says this is problematic as it allows employees to be judged on purely arbitrary metrics, rather than the quality of their work.

The software company claims that individual-level data is purely intended for IT support.

Insights are shown in aggregate over a 28-day period and are provided at the user level so that an IT admin can provide technical support and guidance.

But Christl points out that this appears to be contradicted by the fact that Microsoft assigns ‘influence scores’ to employees.

In Workplace Analytics, Microsoft assigns every employee an ‘influence score’, a ‘numeric score that indicates how well connected a person is within the company.’

Microsoft’s documentation shows that this score is calculated based on the use of … Microsoft tools.

A numeric score that indicates how well connected person is within the company. A higher score means that the person is better connected has greater potential to drive change. (A person’s connection is based on the frequency of collaboration activities, which include emails. meetings. Teams calls. and Teams chats with other people within the company.)

Basecamp founder David Heinemeier Hansson described the practice of offering tools to spy on employees as worse than dystopian.

The word dystopian is not nearly strong enough to describe the fresh hellhole Microsoft just opened up. Just as the reputation of a new and better company was being built, they detonate it with the most invasive workplace surveillance scheme yet to hit mainstream.

Being under constant surveillance in the workplace is psychological abuse. Having to worry about looking busy for the stats is the last thing we need to inflict on anyone right now.