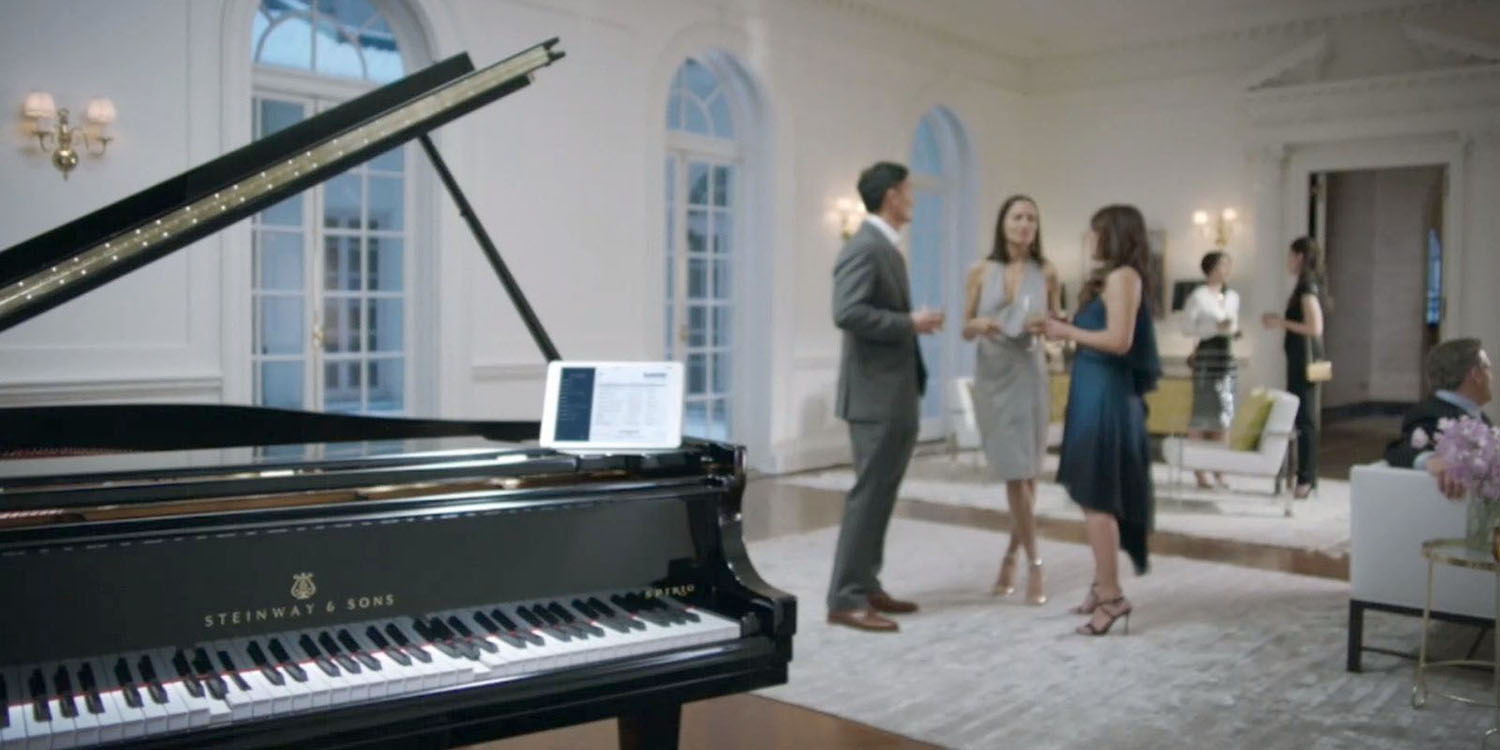 The latest grand piano from the legendary Steinway company uses an iPad which allows you to record your performances, correct any mistakes and then play back the perfect version on the piano itself. Pricing hasn’t yet been announced, but we have some idea – and if your home doesn’t look like the one pictured, it’s probably not for you.


The company says that the Spirio range offers the same exacting quality as any other Steinway grand piano, and the installation of the autoplay technology remains invisible from the outside.

The Steinway Spirio remains a fully-functioning piano, with the same level of painstaking craftsmanship that goes into every single instrument Steinway produces.

Steinway craftsmen seamlessly install spirio at the time of the piano’s manufacture, ensuring no alteration in the exterior beauty or performance you expect from steinway.

All Spirio models allow owners to download performances recorded in the company’s own studio, with every subtlety captured.

The Steinway & Sons Spirio reveals the subtlety and passion of an artist’s original performance. Soft trills, delicate pedaling, and thundering fortissimos present no difficulty for spirio — and are reproduced with unparalleled accuracy. The result is a precise revelation of the pianist’s entire range of motion and emotion.

But Engadget reports that the latest Spirio | r model also allows you to record your own performances for later playback, with the option to edit the recording in an app on the supplied iPad Pro.

The Spirio | r app includes the ability to modify note velocity and duration, correct wrong notes, modify pedal data, and delete or add time. Spirio | r owners can also save and share their recordings in MIDI, MP3, and Spirio’s high resolution format, an added perk for professional musicians who are using the instrument as a recording tool.

It’s not the first Apple link to Steinway. Back in 2013, design chief Jony Ive worked with his friend Marc Newson to create a one-of-a-kind Steinway piano for a (Product) RED charity auction.

Check out the Spirio | r video below.