Home General Strategy Analytics: Apple Watch accounted for half of all smartwatch sales in...
11674
SHARES
ShareTweet 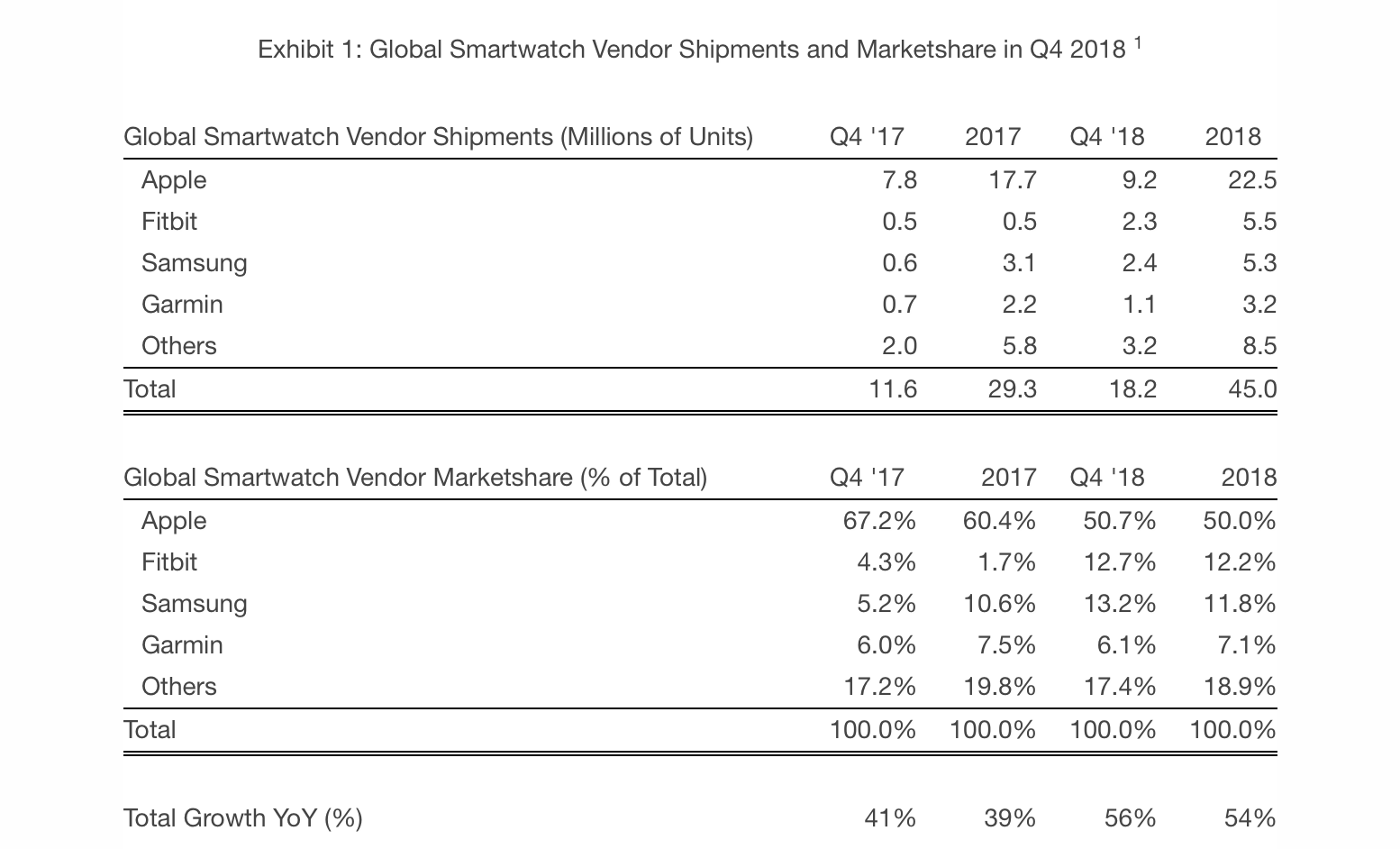 Earlier this month, data from NPD indicated Apple is “the clear leader” in the smartwatch industry. Now, Strategy Analytics is out with a new report that offers more details on Apple Watch sales, and how they compare to the rest of the market.

In terms of marketshare, Apple has a sizable lead with a 50 percent share of the smartwatch market. That’s down from 60.4 percent marketshare Apple held in 2017, with both Samsung and Fitbit eating into Apple’s share.

Neil Mawston, Executive Director at Strategy Analytics noted that both Samsung and Fitbit have greatly improved their smartwatch portfolios in the past year:

“Apple shipped 9.2 million smartwatches worldwide in Q4 2018, rising 18 percent from 7.8 million units in Q4 2017. Apple’s global smartwatch marketshare slipped to 51 percent this quarter, down from 67 percent a year ago. Apple Watch is losing marketshare to Samsung and Fitbit, whose rival smartwatch portfolios and retail presence have improved significantly in the past year.”

In total, Strategy Analytics says Apple, Samsung, Fitbit, and Garmin account for 8 in 10 of all smartwatches shipped worldwide.

Apple itself doesn’t reveal unit sales data for the Apple Watch for competitive reasons. Instead, we rely on data from research firms like Strategy Analytics. This data certain shows just how wide of a lead Apple has over other smartwatch manufacturers, even with Samsung and Fitbit starting to catch up.