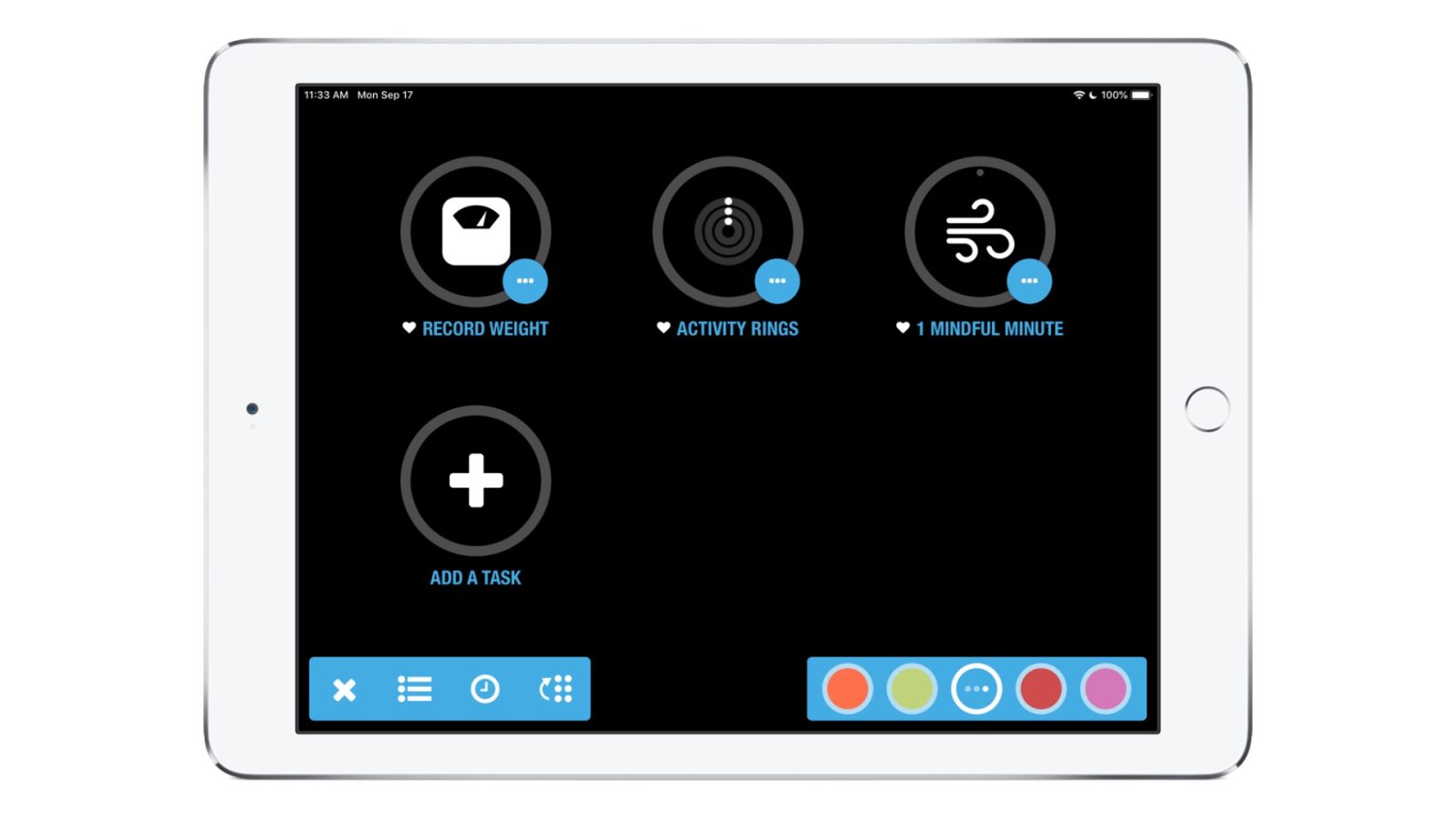 It’s iOS 12 and watchOS 5 release day, and the app updates are coming in fast. Streaks and Outcast, both developed in Australia by Quentin Zervaas, have big new versions out today with features that take advantage of Apple’s new software updates.

Streaks is a really useful and well-featured habit building app that helps you build routines and reward yourself for sticking to your goals. Streaks already works with useful iOS features like HealthKit, and now Streaks has been updated for iOS 12 with full support for Siri Shortcuts on iPhone and Apple Watch … and now iPad for the first time.

Streaks is new to the iPad with today’s update, and the larger version comes with iCloud support for syncing routines and managing progress between devices automatically. Streaks also gains a new option for timed tasks, and the Apple Watch version has new options for managing complications.

Streaks is available as a single purchase on iPhone, iPad, and Apple Watch for $4.99 on the App Store.

Outcast is available for 99¢ on the App Store.

* In addition to the existing Siri support, you can now record custom phrases to complete your tasks * Suggestions will now automatically appear on the iPhone lock screen and Siri watch face * All-new Siri management screen: Go to Settings > Hey Siri to view all available phrases and options.

* You can now change when your day starts, great for the night owls! * Go to Settings > Start of Day to change this Setting

* You can now create timed tasks. Create a new task and select the “clock” section. * Tasks appear with a play/pause button over them which lets your start the timer * You can then do whatever you need to do – Streaks will let you know when the timer is finished. * You can run your timers from the main app, from the today widget or from Apple Watch * You can convert an existing task to a timed task, under the task’s settings screen.

* Water task now records directly to the Health app, and you can segment into multiple completions per day (e.g. Drink 8 Cups of Water) * The new timed task funtionality supports mindfulness, so you can start your meditation from Streaks and it’ll record directly to the Health app. * New “Bed Time” task tracks when you go to bed and wake up. * New tasks for tracking nutrition (such as calories, sugar, caffeine and protein). * Negative health tasks help you reduce your intake of certain types (e.g. eat less sugar)

* We’ve improved the speed and reliability of the Apple Watch app so it works better than ever * Added support for the new full-color infograph complications * You can customize how each complication appears. On iPhone, go to Settings > Apple Watch. * If you start a timed task from Apple Watch, the countdown timer will appear directly on your watch face.

Background Audio: Playback uses the new background audio modes, resulting in a far more reliable experience. This means double-tapping to pause/resume with your AirPods will work as expected!

Volume Control: You can now control the volume directly from Outcast on Apple Watch. Note that we wanted to keep the scrubbing with Digital Crown option, so tap the volume control to adjust it.

Episode Management: You can now manage your episodes on directly on your iPhone. The list of episodes will sync automatically to your Apple Watch.

Apple Watch Complications: If you add Outcast to your watch face as a complication, you’ll see information about the currently playing episode, including the remaining duration in real-time. On supported watch faces, you will see full-color podcast artwork.

Siri Shortcuts If you use the Siri face on Apple Watch, downloaded episodes will appear so you can quickly begin playback.