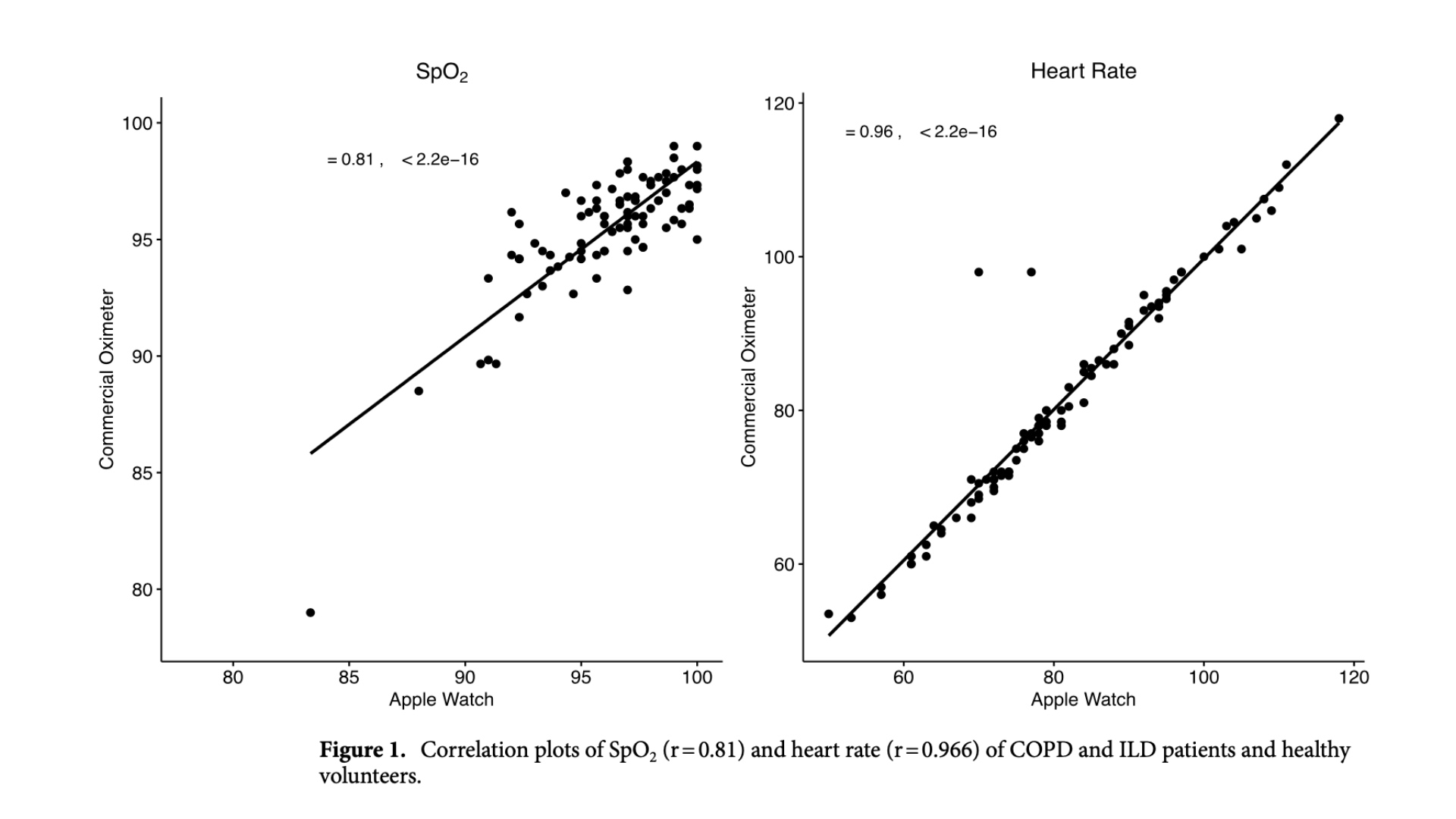 A scientific report published in Nature magazine, one of the most important in the world, shows that the Apple Watch Series 6 “is a reliable way to obtain heart rate and oxygen saturation (SpO2) in patients with lung diseases under controlled conditions.”

The study from the University of São Paulo, one of Brazil’s more prestigious education institutions and was conducted with 100 patients with chronic obstructive pulmonary disease and interstitial lung disease from an outpatient pneumology clinic. It collected SpO2 and heart rate data with Apple Watch Series 6 and compared them to two commercial pulse oximeters.

The study observed “strong positive correlations between the Apple Watch device and commercial oximeters. It notes that “there was no statistical difference in the evaluation of skin color, wrist circumference, presence of wrist hair, and enamel nail for SpO2 and hear rate measurements in Apple Watch or commercial oximeter devices.”

The tests were conducted with healthy individuals, people with Interstitial lung disease (ILD), and with chronic obstructive pulmonary disease (COPD). They observed that:

Overall, the study says that “despite a tendency to present higher values when compared to conventional oximetry devices, the Apple Watch device was accurate and similar” although it’s important to note that results were made “under controlled conditions.”

The study finishes by saying that “the advance of smartwatch technology continues to improve and studies to assess accuracy and reliability in various types of disease should be carried out.”

Even though, studies like this one conducted by USP show that the Apple Watch does a good job helping people to have control over their well-being.

The Apple Watch Series 7, which is yet to be launched by Apple, does have oxygen blood measurement capabilities, although it isn’t clear whether there’s an upgrade from last year’s model.