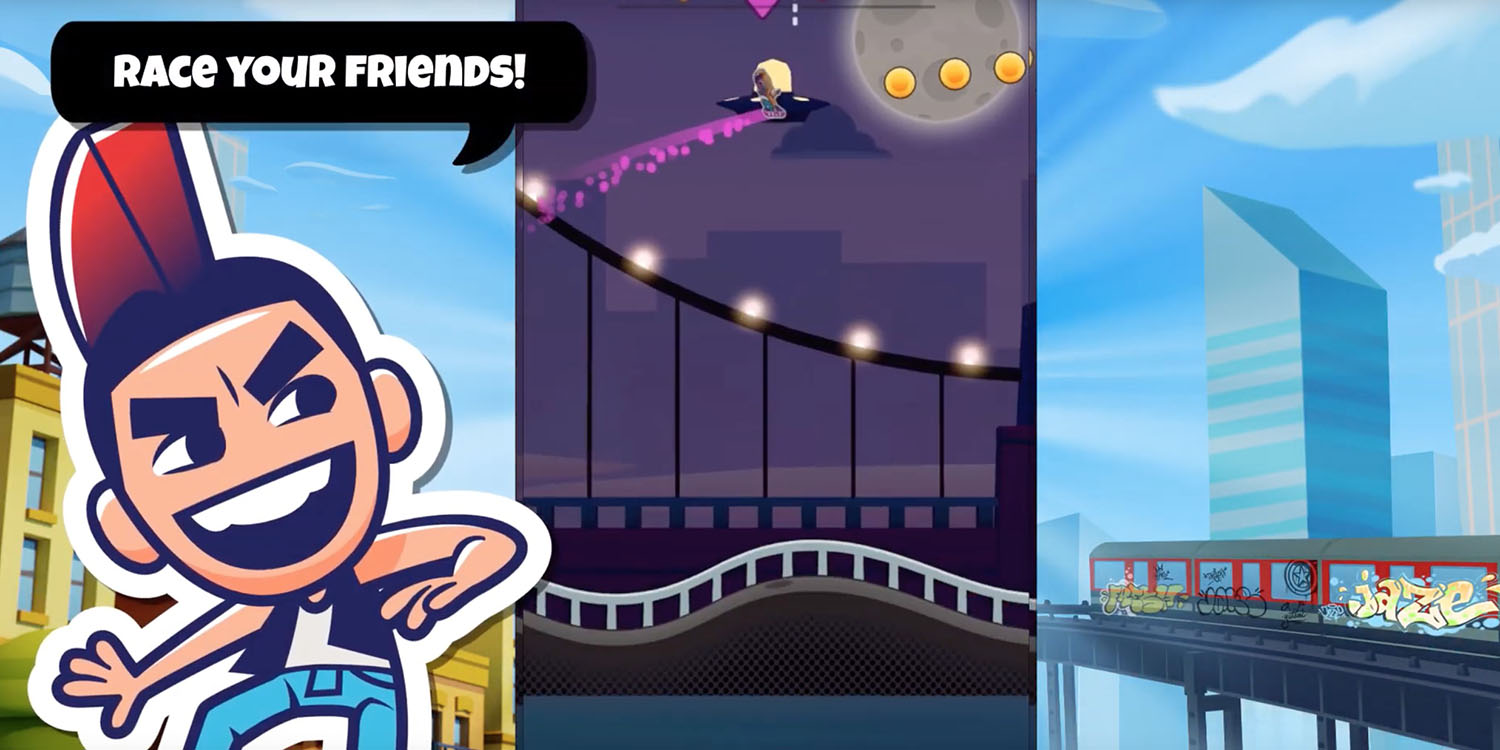 Subway Surfers was highlighted by Apple as one of the most popular free iOS games last year, and Snap has announced that a multiplayer version is coming to Snapchat from today …

Snap is adding a multiplayer version of Subway Surfers to the Games platform it launched back in April. The company created Snap Games to give you a quick way to play with friends from within the chat window — all you need to do is tap on the “rocket” icon on the chat bar to launch it. Snapchat’s version of the popular mobile game is called Subway Surfers Airtime, and like the other titles in the franchise, it’s an endless runner where you’ll have to surf, slide, jump over and avoid obstacles on your board as the screen scrolls sideways.

Mathias Gredal Nørvig, the CEO of SYBO Games, which developed the franchise, said:

“We’re thrilled to expand the Subway Surfers franchise and partner with Snap Games on this exclusive release. It’s a win-win to work with a like-minded company that is committed to fun and offer our fans on Snapchat an opportunity to extend the SubSurf lifestyle.”

Sybo says on its YouTube channel that up to ten chat contacts can take part.

Subway Surfers Airtime is a side-scrolling multiplayer racing game that lets up to ten players surf, slide, grind and glide across a slick 2D cityscape, all in a bid to reach the checkered finish line first. Players can jump into a race instantly with ‘quick play’ mode or compete in the ‘challenge friends’ option. Players collect coins with big air, perfect landings, rail grinds and top poll positions, and can unlock up to 14 Subway Surfers characters in a charming new mini-figure style.

Check out the trailer video below.