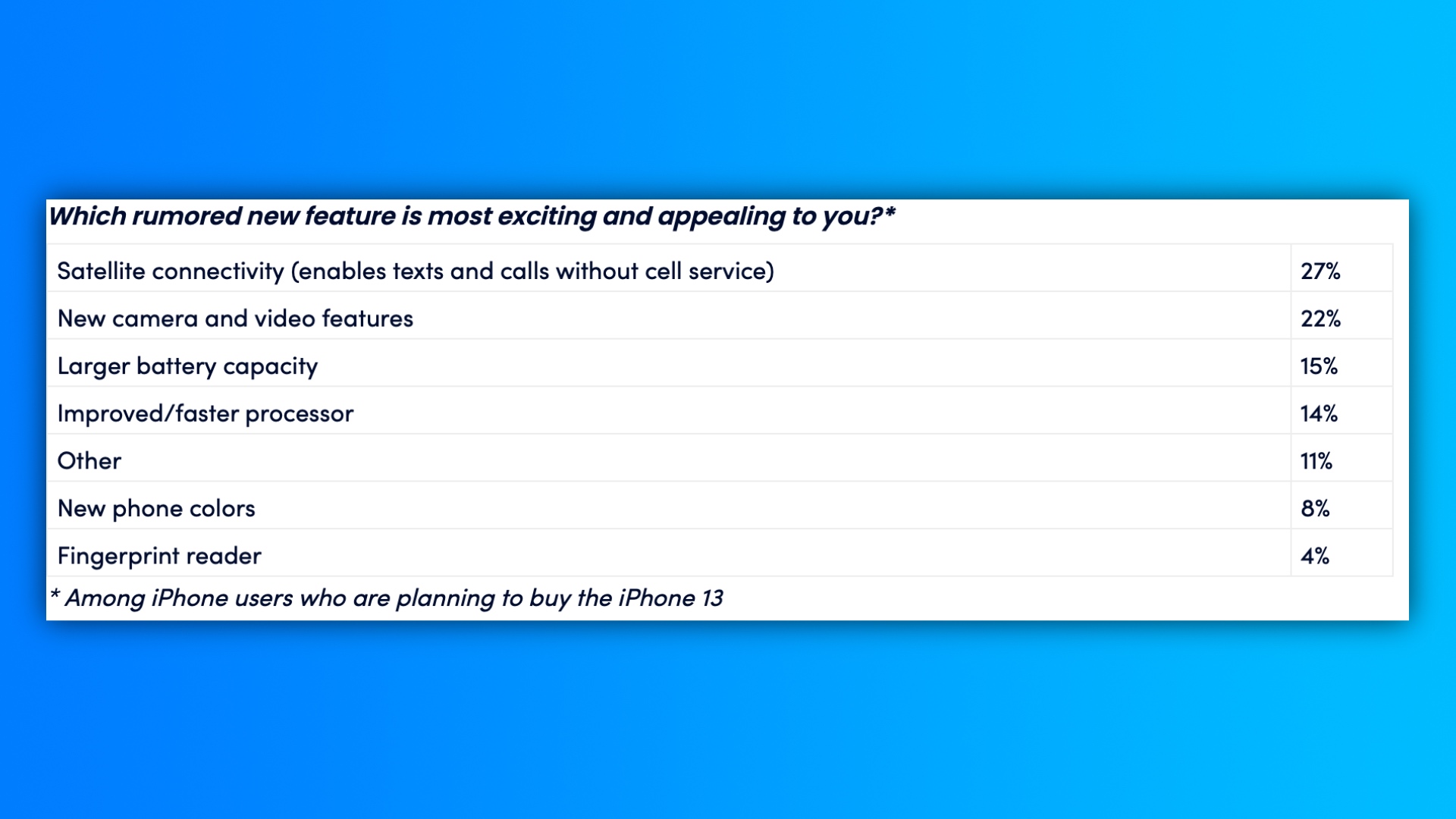 Less than a week away from Apple unveiling the rumored iPhone 13, a survey shows that customers are not that excited to upgrade to a new iPhone this year.

According to a survey conducted by Savings with more than 1,500 iPhone users, only 10% of customers plan to buy the iPhone 13, while nearly two-thirds (64%) of those surveyed said they have no plan to upgrade. More than a quarter (26%) were undecided.

Of those who plan to upgrade, 33% of them have relatively new iPhones, which means less than a year old.

From the rumors so far, this is what iPhone 13 features people are most excited to see:

While men and women share similar upgrade plans, the age of their current phone had a major impact on iPhone users’ plans to buy the new model. Seventy percent of people who plan to upgrade have owned their phones for two years or less, including one in three who have phones no older than one year.

The fact that the biggest block of people planning to upgrade have owned their current phones for no more than two years could be tied to the fact that some people finance their phones through their mobile carriers rather than purchasing them outright, and the iPhone 13’s release may coincide with the end of their previous financing agreement.

According to the survey, with an estimated 116 million iPhone users in the US, that could equate to almost 12 million surefire sales when the iPhone 13 launches and another 30 million if undecided users end up making the switch.

In July, a JPMorgan analyst said iPhone 13 sales potential could surpass investor expectations. The bank expects Apple to sell 226 million iPhone units in its fiscal year 2022, close to what TrendForce expects, while other investors expect around 150-210 million iPhone unit range.

“The upside pressure on volumes for the iPhone 12 series, historical outperformance in the July-September time period heading into launch event, and further catalysts in relation to outperformance for iPhone 13 volumes relative to lowered investor expectations implies a very attractive set up for the shares in the second half of the year and thus expect AAPL shares to outperform the broader market materially in 2H21,” JPMorgan said.

As of now, we’ll have to wait just a little bit longer until we find everything about the upcoming iPhone 13 next Tuesday at the “California Streaming” event. The iPhone 13 is rumored to feature a smaller notch, ProMotion display technology, better cameras, and satellite connectivities, although it will probably not launch now.

Early today, a leaker roundup some tidbits about what to expect from the iPhone 13, Apple Watch Series 7, and AirPods 3 here.

Are you planning to buy the iPhone 13? Tell us in the comment section below.