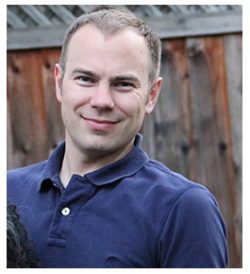 Swift creator Chris Lattner, who left Apple to become vice president of Tesla’s autopilot program, has parted ways with the electric car maker after just six months in the job.

“Chris just wasn’t the right fit for Tesla, and we’ve decided to make a change,” Tesla said Tuesday, according to The Wall Street Journal. Lattner followed Tesla’s statement with a post on his Twitter account announcing his interest in available roles for a “seasoned engineering leader”.

The parting of ways will come as a surprise to some observers, given Lattner’s previous standing at Apple and his stated enthusiasm for a new challenge. Back in January, Lattner told MacRumors how much he loved writing code at Apple, and that leaving had been a “very difficult decision” but ultimately he was “ready to move onto something else” and the prospect of working on Tesla’s Autopilot team was “irresistible”.

Turns out that Tesla isn’t a good fit for me after all. I’m interested to hear about interesting roles for a seasoned engineering leader!

However, as noted by WSJ, Lattner is just the latest departure in an recent exodus of talent from the program, which has been under increasing pressure from Tesla CEO Elon Musk to develop an autonomous car system, with a company target to demonstrate a car that can drive itself by the end of 2017 inching ever closer.

The program has also faced questions about the safety of the proposed technology, following a fatal crash last year in Florida involving a Tesla equipped with a semiautonomous system, which assists drivers during tasks like steering, braking, and changing lanes.

Lattner’s hiring in January coincided with the departure of Autopilot program director Sterling Anderson. Tesla sued Anderson after he tried to create a competing startup, but the lawsuit was settled in April.