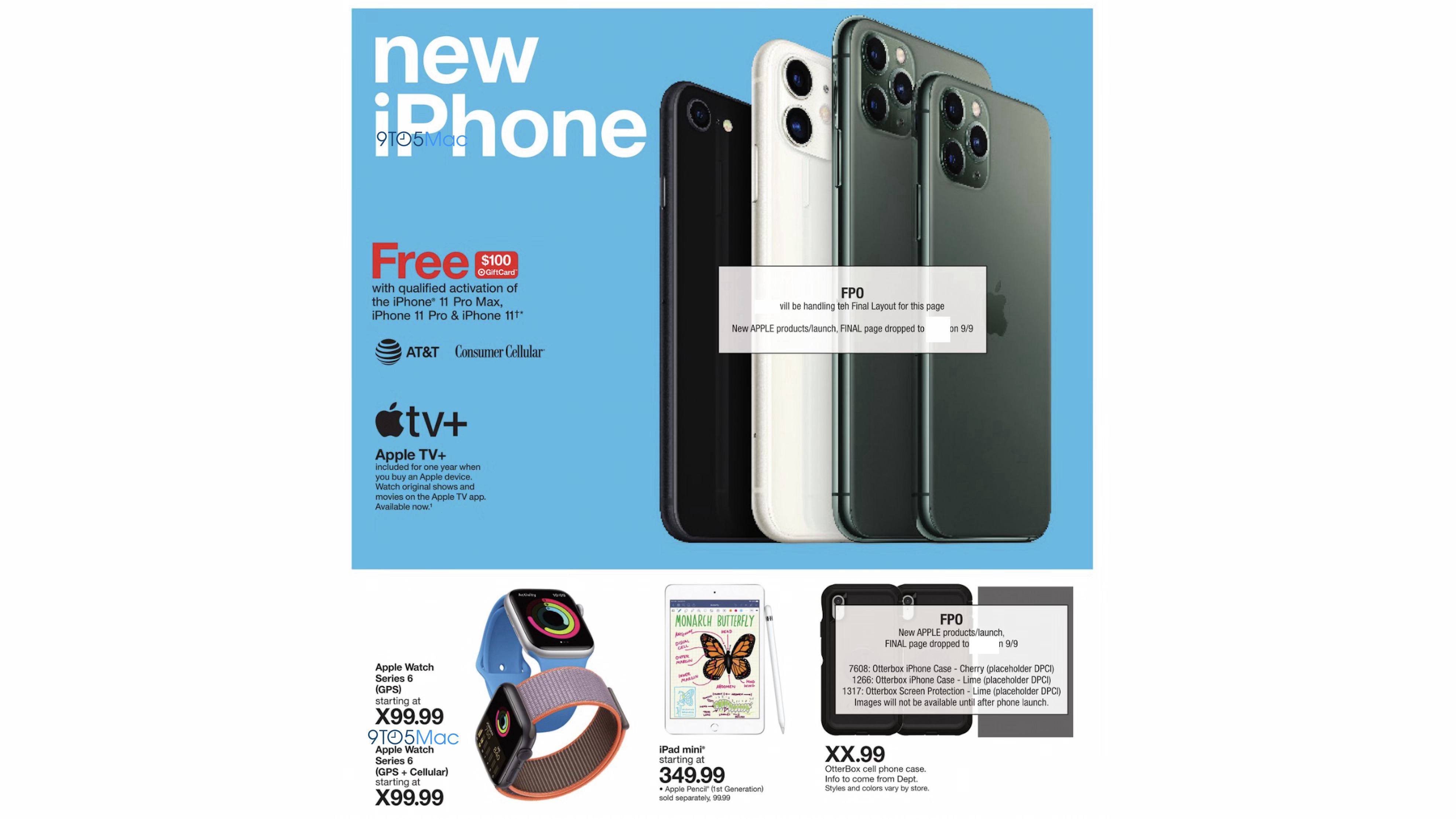 Retailers are preparing for the release of new Apple products this fall by leaving placeholder spaces available in their weekly advertisements. This week, Target mistakenly published its weekly advertisement containing placeholder references to the impending Apple Watch Series 6. The ad also leaves space for a “new” iPhone release, though that is not actually expected this week.

The Target ad simply references a “new iPhone” alongside instructions that a Target marketing employee will complete the layout for the advertisement following Apple’s announcement. The imagery and text still reference Apple’s iPhone 11 lineup of smartphones, and there is space left for iPhone 12 cases as well.

Of course, what’s important to remember here is that we do not expect the iPhone 12 to be announced or released this week. Target is simply preparing for the possibility that new iPhones could theoretically be announced, even though it is highly unlikely. Target is basing its planning entirely on leaks and rumors, and has no advanced knowledge of Apple’s announcements this week.

Earlier this morning, a new crop of rumors offered further details on what Apple has planned for the Apple Watch Series 6 and the iPad Air 4. You can find our full roundup of expectations for Apple’s September event here.