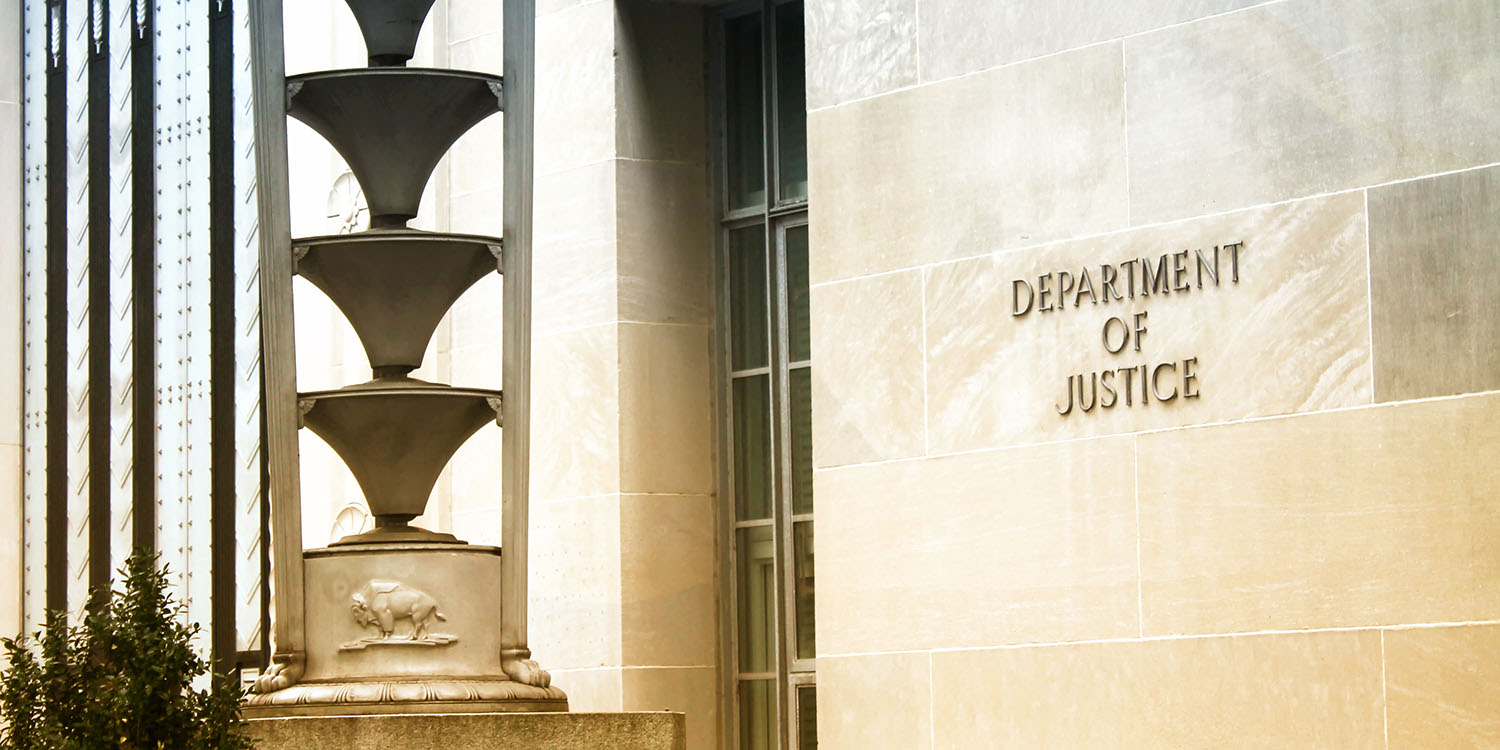 The Justice Department has made a big-name hire for its tech giant antitrust investigation team. Although the government has consistently declined to name the companies under investigation, it is widely believed that they include Apple, Google and Facebook.


Reuters reports that the appointment was made yesterday.

The Justice Department beefed up its online platform investigation team on Wednesday by adding Ryan Shores, formerly a partner with an international law firm […]

Shores, who comes from the law firm Shearman & Sterling LLP, was named to join the Office of the Deputy Attorney General, which oversees the Antitrust Division, among others, the department said. At Shearman, Shores, who had clerked for Supreme Court Chief Justice William H. Rehnquist, focused on antitrust and other complex litigation in federal and state courts […]

“The addition of Associate Deputy Attorney General Ryan A. Shores for this important role reflects the significance of the Department’s review of competitive conditions among online platforms,” said Deputy Attorney General Jeffrey A. Rosen in a statement. “His years of high-stakes antitrust and litigation expertise will bring invaluable experience to the review as he works closely with our Antitrust Division.”

The tech giant antitrust investigation is a wide-ranging one, the common thread being whether large tech companies abuse their dominant position in the marketplace to distort competition.

Apple is under fire for allegedly doing so in respect of the App Store. There is no way to sell iOS apps to consumers other than through Apple’s own store, where the company takes a cut of both app sales and in-app purchases.

Additionally, Apple is accused of promoting its own apps over third-party ones, and giving an unfair advantage to Apple Music over Spotify. The latter claim is because people can take out a paid subscription to Apple’s own streaming music service within the app, while it’s not possible to do this with Spotify without Apple taking a cut which would wipe out most of Spotify’s own share of the revenue (the bulk of payments to streaming music services are passed on to the labels).

Google is accused of similarly giving its own products a competitive advantage over third-party ones, while Facebook is under the microscope for both its dominant position in social media and privacy concerns.

Europe has already taken a number of actions against tech giants, most notably passing the most stringent privacy protection law in the world, GDPR. This is so tough that even Apple had to beef up some of its own privacy policies in order to comply.

A debate hosted by the long-running public radio program Intelligence Squared US found that most listeners believed the US should implement similar protections. You can watch the debate below.