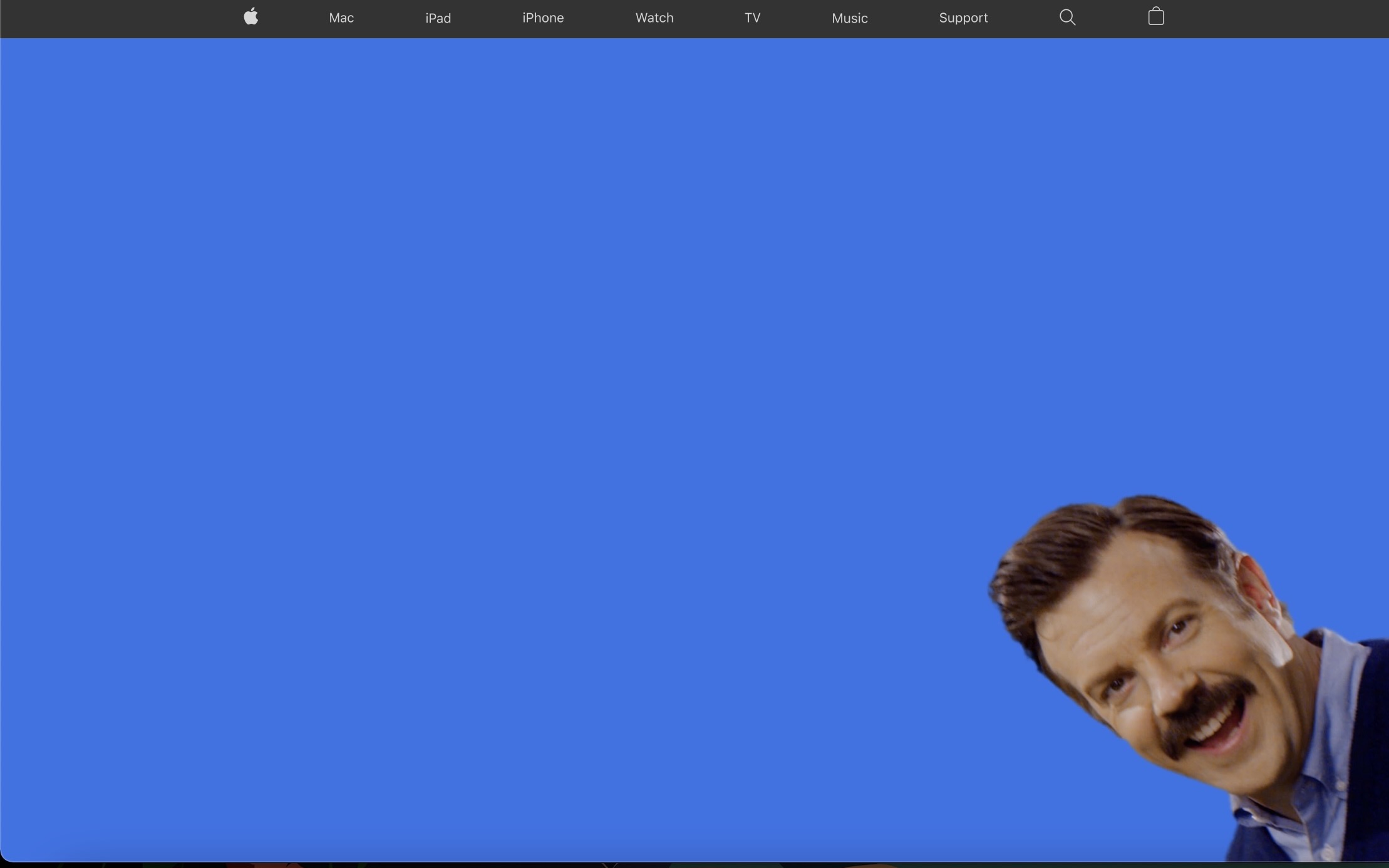 Season two of the Apple TV+ hit show Ted Lasso has officially landed and to celebrate the debut of the first episode, the show has taken over the apple.com homepage. There’s a neat animated experience on desktop and mobile that starts with the tagline “Kindness makes a comeback.”

When heading to apple.com, “Kindness makes a comeback” appears first in the Ted Lasso font followed by the Jason Sudeikis-played character popping his head into the bottom right corner with a bright grin and making his way to the center of the screen.

At the bottom is “Ted Lasso – New Season – Stream now.”

Notably, while Apple often uses homepage takeovers to celebrate various occasions, it usually still includes features and imagery for its products and services below the top feature. With the Ted Lasso homepage takeover, there’s nothing else on the homepage except the link directory to the different parts of the website at the very bottom.

As we previously noted, Apple has been celebrating the new season of Ted Lasso with Memoji stickers of Ted’s face at Apple Stores as well as unique Today at Apple sessions for turning iconic quotes from the show into iPad art. Apple also held a blue carpet premiere for the show that was attended by Apple executives, including Tim Cook.