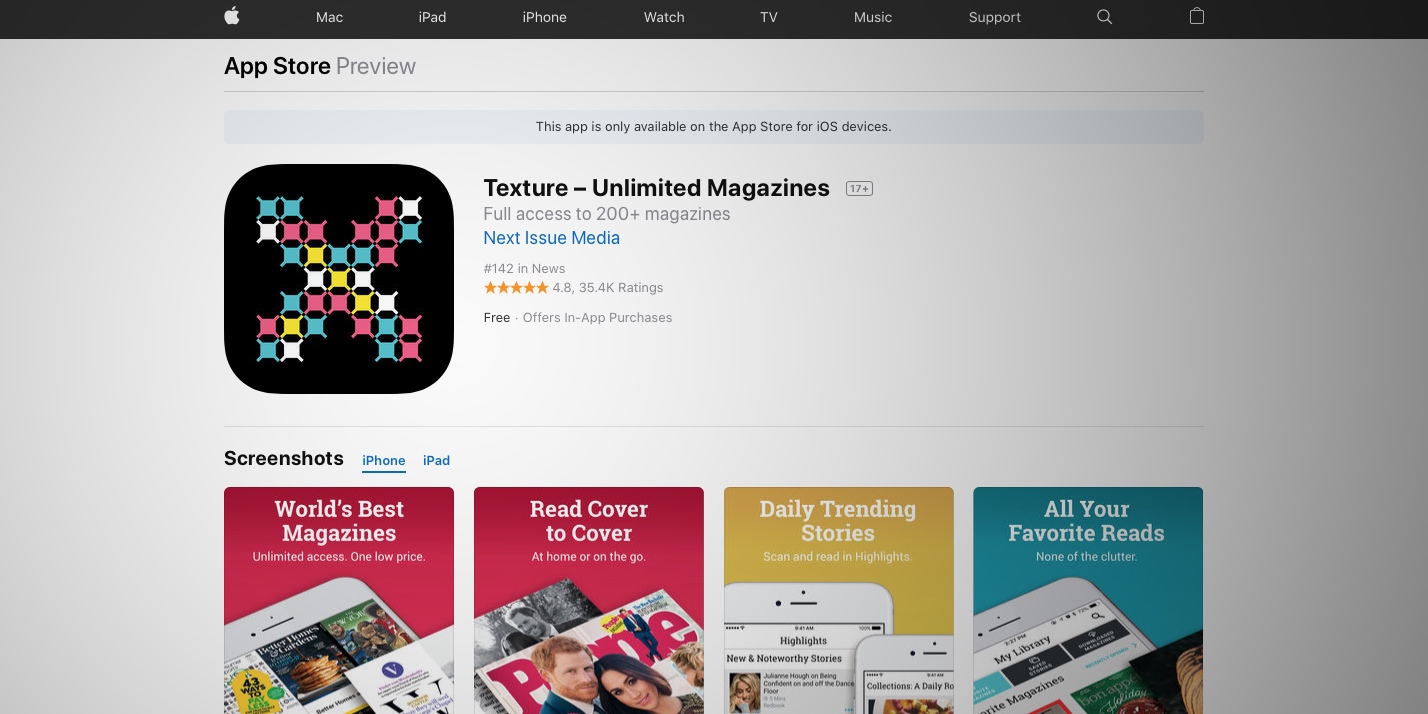 Apple acquired Texture last year but it has not pulled the Texture app from the iOS or Android app stores. In fact, the company released a miscellaneous app update this morning ahead of the expected March 25 event where Apple will announce its Apple News subscription service, essentially incorporating a (rebranded) Texture service into the News app.

The release notes for today’s Texture app update, version 5.11.8, are as mysterious as you can get with no explanation at all for what has changed in this update. Instead, it simply asks for customer feedback to help make Texture even better, a stock sentence that has been included in Texture’s release notes ever since it was acquired.

Prior to this update, the app received a compatibility update for iOS 12 in September. For what’s it worth, the Android application has not been updated since July 9 in the Google Play Store.

Who knows what changed that led Texture to release the first app update in five months, but we can speculate that it is related to the upcoming Apple News service. It is likely that once the News service launches, probably alongside iOS 12.2,

Apple will want to migrate users out of the Texture app and into News. It is plausible that this seemingly-random update lays the groundwork for that transition.