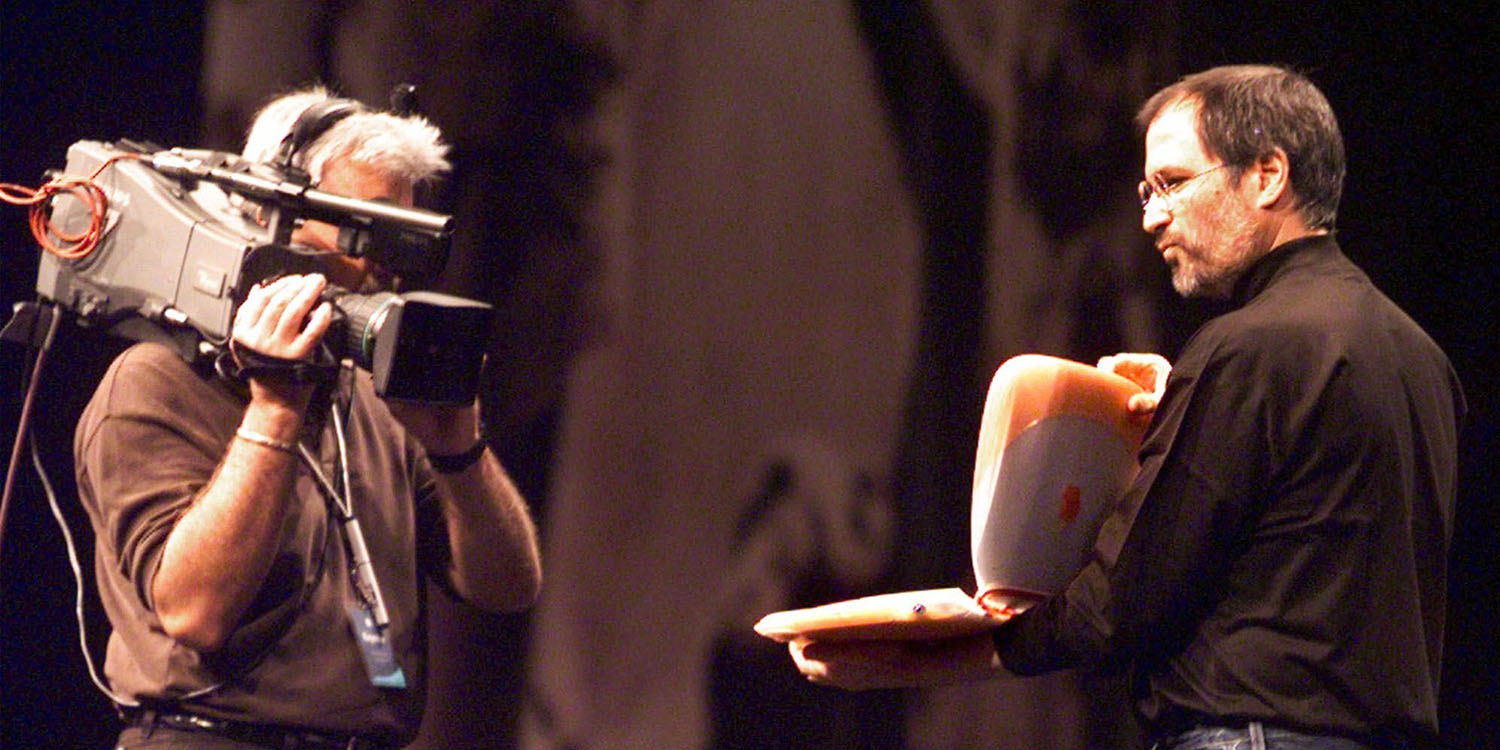 Sunday marked an important anniversary for both Apple and for the wider world: it saw the launch of Wi-Fi as a commercial product, in the iBook.

When Steve Jobs returned to the company, he famously drew a four-box grid on a whiteboard to show how he wanted to simplify Apple’s messy product line-up …

On the left was Desktop and Portable; across the top was Consumer and Pro. Steve wanted one product for each box.

Filling the consumer portable box took some time, but the eventual result was the iBook. With styling borrowed from the iMac, this cute-looking laptop was extremely well-received, as CNN noted on the day.

Building on the pastel-colored theme of the iMac desktop, which has helped turn around the once-stumbling company, Apple said it will offer the iBook in blueberry and tangerine […]

[IDC analyst Bruce Stephen] said the computer’s specifications, which include a 300 MHz processor, 32MB of RAM and a 3.2GB hard disk drive, match up well to other laptop computers in the price range.

Much of that may take a back seat to the iBook’s real appeal, however.

“The sizzle of the iMac is really in the cosmetics and unique design,” said Stephen. “That cachet is what they’re trying to do with the iBook as well.”

The launch of Wi-Fi

But it wasn’t just the cute design that wowed the crowd: it was a then-unique capability it had. Wireless networking.

Steve famously picked up the machine and walked across the stage with it while it was connected to a website, then passed the iBook through a hula-hoop to prove that there were no wires involved.

A former senior exec at Lucent Technologies last year shared how it was a meeting with Steve Jobs which saw Wi-Fi finally turned into a commercial product after ten years of trying.

Cees & his team had been working for more than a decade on introducing WLAN technology to the masses, but without luck. After plenty of attempts, Apple finally came to Lucent and said they wanted to meet […]

“Apple was looking for something different and new for their iBook laptop product, and Steve was very enamoured by the idea of wireless connectivity for laptops. Looking back, it seems to me he had probably made up his mind even before the meeting,” says Cees Links.

Apple of course branded its own Wi-Fi card and base station as AirPort – a product category it was to finally abandon just last year – but Steve stressed that it was based on what was going to become an industry standard, 802.11, which everyone else would adopt.

The AirPort card was an $99 optional extra with the iBook.

The beginning of the mobile data revolution

The launch of Wi-Fi had a huge impact on the way we work and play, but it also created the impetus for mobile data. Once people could go online without a wired network connection, it was inevitable that they would want the same capabilities in ever more portable devices.

The iBook gave birth to Wi-Fi as a consumer product, and it was experiencing the freedom of portable Internet access that would eventually give birth to the smartphone. And just as it took Apple to turn Wi-Fi into a consumer-friendly product, so too did the iPhone take smartphones mainstream.

Apple isn’t as quick to adopt new mobile comms standards these days. The latest Wi-Fi standard is WiFi 6 (a friendlier name given to 802.11ax), and while there has been a suggestion that we might see it supported by this year’s iPhones, it’s unlikely that we’ll see support across Apple’s product range before 2020.

The same is true of 5G. While fledgling 5G services are launching in the US, UK and elsewhere, with a few Android smartphones supporting the standard today, Apple isn’t expected to do so until next September. Though, to be fair, that’s about when we can expect widespread coverage for the technology.

Watch the full iBook launch below.