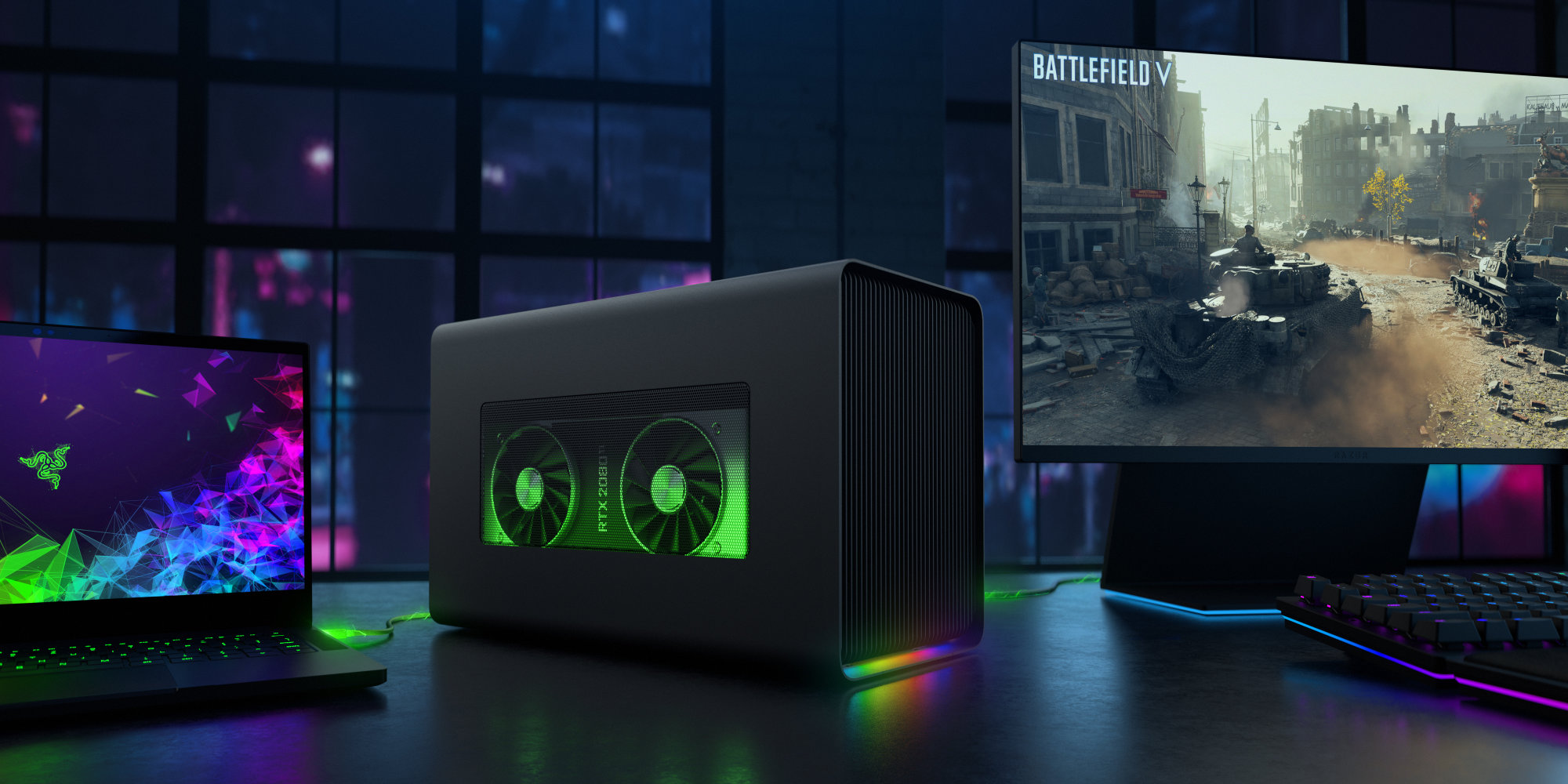 Whether you are looking to increase 4K video editing speeds or simply trying to boost gaming performance, eGPUs are a fantastic way to make ultrabooks and smaller PCs behave more like full-fletched gaming rigs. Here at 9to5 we’ve reviewed them, and some of us use them every day.

When we got our hands on the Razer Core X eGPU last year, we called it ‘the best eGPU for MacBook Pro’. Before the dust has had much of a chance to settle, an all-new Razer Core X Chroma has been announced. Standout features include a 700W power supply, RGB lighting, four USB and one Ethernet port along the back.

When taking the Razer Core X Chroma out of the box, it could likely be mistaken for its predecessor. Well, that’s before it’s plugged in anyway. Once providing it with a power source, you’ll very quickly notice that it has been upgraded to include Razer’s customizable Chroma RGB lighting.

While this is something that is likely to be appreciated by many users, there are a lot of Mac (and PC) users that aren’t huge fans of RGB lighting. I think it can look pretty neat in some situations, but am not convinced that I would like to use it in my home.

One thing that everyone should be happy about is the inclusion of an I/O hub along the back. Yep, that’s right, the Razor Core X Chroma now supports connectivity for up to four USB-A 3.1 inputs and a gigabit Ethernet port. Additionally the Thunderbolt 3 port charged with processing graphic and peripheral data can also pass along 100W of power to a MacBook or PC.

Another perk is the improved 700W power supply. That’s about an 8% increase when compared to Razor’s prior release. This bump is cited as giving the Razor Core X Chroma enough power to support the latest and greatest graphics cards.

The new Razer Core X Chroma has been given a launch price of $399.99. It is already available for order directly from Razer and we expect availability to reach Amazon in the near future. It’s predecessor, the Razer Core X will continue to be sold for $299.99.

With the addition of an I/O hub, it’s really hard to not recommend the new Razer Core X Chroma. Sure, there are many USB-C dongles out there that can achieve this as well, but there’s something to be said for having one high-end device that can do it all. The addition of Razer Chroma RGB lighting could be seen as a step back by some, but this shouldn’t be a deterrent as toggling it off should a straight-forward process.

Deal Alert: iPhone And iPad Flash Drives In Multiple Capacities And Colors 50% Off, Starting From Just $16.99