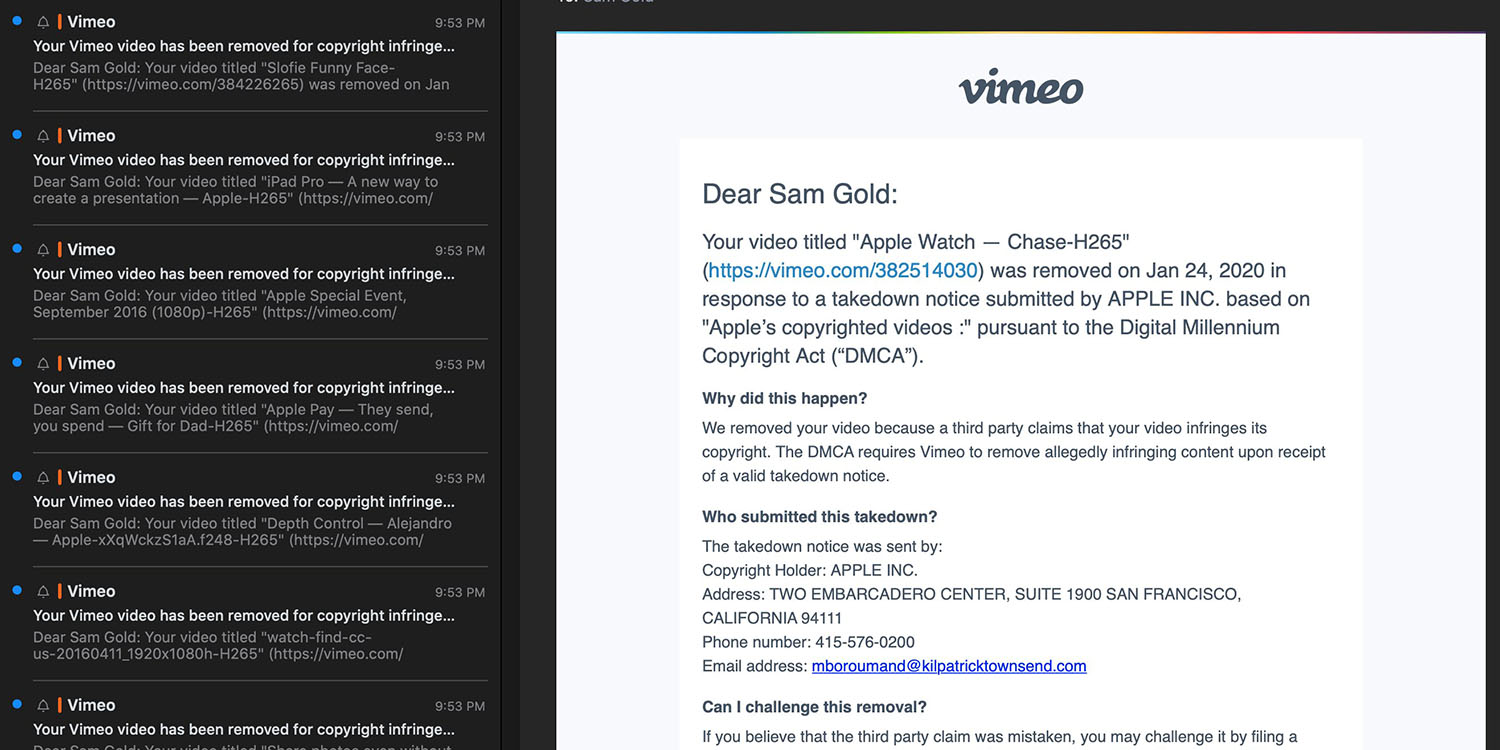 The Unofficial Apple Archive, which collated more than 15,000 classic Apple ads and other materials, has lost most of its videos after DMCA takedown notices issued by the Cupertino, California, company. The videos have been removed less than two weeks after the site was launched.

Gold said at the time that he was aware this could happen.

Sam knows his efforts could be rendered useless with one word from Apple. But he hopes the amicable and educational nature of the archive will keep it online, because the Apple community deserves no less.

“I think we’ve seen what a world without a public archive would look like, a world littered with tiny archive channels, maybe one or two god-awful screen recordings of keynotes with giant […] watermarks. That’s not a world I want to live in.”

Sadly, it appears Apple didn’t see it the same way, reports the Verge.

Gold received a veritable deluge of DMCA takedown notices originating from Apple’s lawyers, letting him know the vast majority of the videos he’d uploaded to Vimeo had been removed from the internet.

“Do you know what it’s like getting 700 email notifications on your wrist in like two minutes? Your wrist sorta goes numb from the vibrations,” Gold tells the Verge.

We collated some of the most notable videos the day after the site launched, but sadly all are now gone.

For now, there are 264 videos remaining on The Unofficial Apple Archive, together with the print materials.

While I can understand Apple feeling the need to act to protect its copyright, it’s still a great shame. I’d love to see the company create an official archive of its historical ad campaigns, at least for major product launches. Gold said he would volunteer his services to work on this.

“A bunch of both past and present Apple employees have shown overwhelming interest and support for what I’m doing,” Gold tells us, adding that he’d like to work with Apple and its marketing team to create an official version of the archive, if they’d give him the chance.