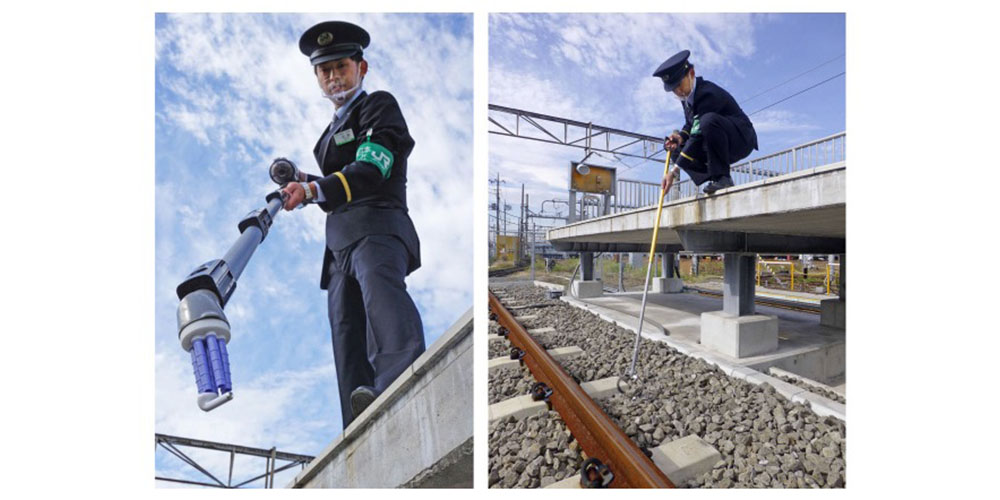 AirPods dropped onto train tracks are a nuisance for rail companies as well as an expense for owners. But there’s now a solution in the form of a kind of vacuum cleaner specifically designed to rescue AirPods and other in-ear wireless headphones …

Wireless earphones often slip out when people get on and off a train or while waiting for a train on a platform.

According to JR East, officials usually use a grabber tool to collect objects falling onto rail tracks. But it is difficult for the tool to pick up a dropped earphone as the gadget often gets stuck among gravel.

Officials sometimes have to search after the last trains of the day. “It’s burdensome” to collect dropped earphones, a JR East official said […]

JR East has started a project with Panasonic Corp. to develop a vacuum cleaner-type device that picks up dropped earphones.

Tests under way at JR East’s Ikebukuro Station show the device can collect earphones much faster than a grabber tool.

It’s of course a problem in the US too, Engadget pointing to a NY Post piece from last year.

Subway riders have dropped so many Apple AirPods on the tracks recently that the MTA is considering a new public-service announcement warning commuters not to remove pricey earwear while boarding or exiting trains.

“They are more valuable to [commuters] than their lives,” one subway cleaner told the Post about the $159 Bluetooth earbuds.

“Just last week I had to stop a man from going down [to] the tracks to get it. I told him to go upstairs to the booth and make a report.”

NY City Transit says it will retrieve dropped AirPods, but only once service has ceased at the end of the day.

Occasionally people do say ‘can you go and retrieve my AirPods?’ but we are not going to stop the train service for that but we certainly don’t want people jumping down onto the train tracks to go and get AirPods.