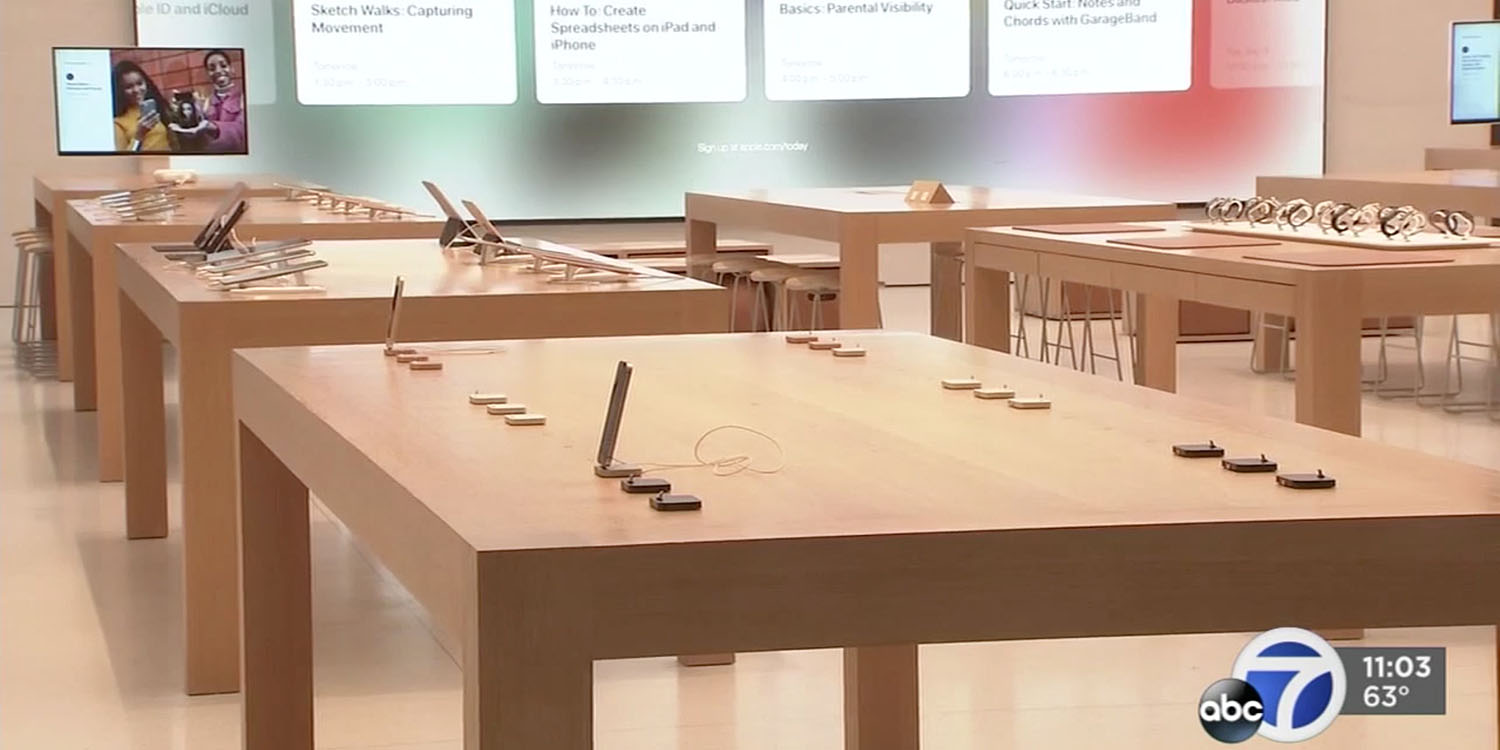 Thieves have raided the fifth Bay Area Apple Store in less than two weeks, grabbing around $50,000’s worth of display products in less than 30 seconds.

ABC7News reports that the latest theft took place at the Burlingame store on Sunday morning.

Burlingame police say four thieves raided the store on Burlingame Avenue at about 11:25 a.m. on Sunday.

“They just grab all the phones off the display phones, all the computers. They break the security cords and run out. They’re in there for less than 30 seconds,” said Burlingame Police Lieutenant Robert Boll.

Burlingame police say the teens or young men stole about $50,000 worth of merchandise. They ran out to a getaway car, believed to be a Volvo S70. The suspects’ faces were covered by their cinched up hoodie sweatshirts.

Police believe the same thieves are responsible for all five raids, and have released surveillance footage (below) in the hope that people will recognize the individuals responsible.

Burlingame was refurbished with the current Apple Store design in November of last year.

Display devices are automatically rendered useless once they leave the store Wi-Fi, but it may well be that thieves are able to sell the devices to people who fail to check them, or that they are broken for parts.