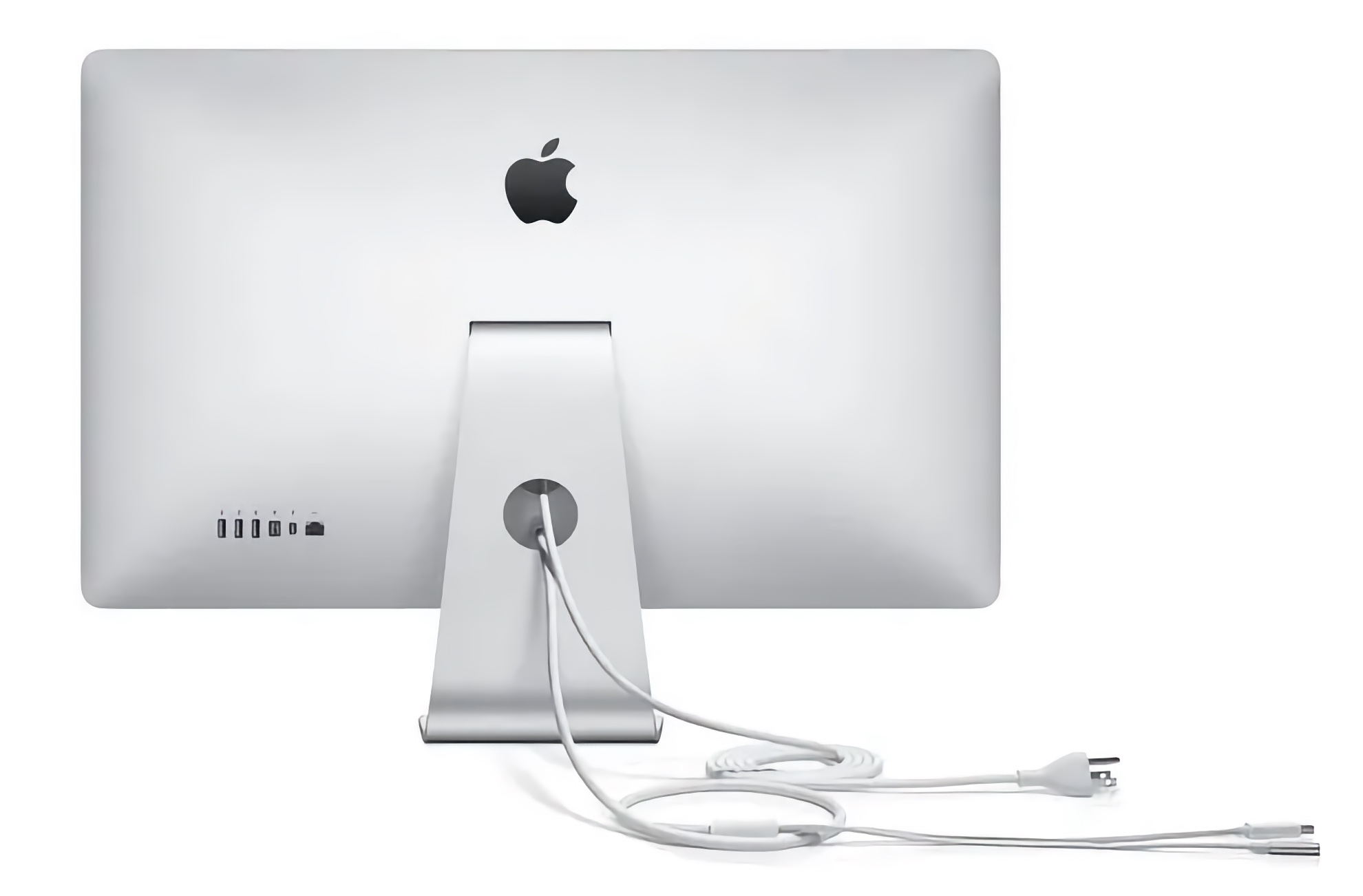 Apple unveiled the all-new Thunderbolt Display, a 27-inch standalone monitor priced at $999, 10 years ago this week. It was the first display to use the new Thunderbolt connection and the last Apple monitor to ship for less than $4,999.

But $999 might as well be $5,000 when you’re a freshman in college. I never had the opportunity to actually review Apple’s last consumer display, but based on what we knew then, this is the review I could have written at the time (followed by some classic video reviews):

“There’s always a better Apple monitor just around the corner.”

Apple just revealed that it will soon sell the first-ever Thunderbolt Display, but I’m holding out for the next version. Apple makes the best monitors for Macs, but I’ll let someone else be the guinea pig to find all the bugs with Light Peak.

The I/O is definitely an interesting direction. Apple has been able to go from one cable with three connectors (Mini DisplayPort, 85W MagSafe, USB 2.0) to a single cable with two connectors (Thunderbolt and MagSafe).

At the current rate, ports and connectors will continue to change every few years while MagSafe is the only constant in our lives.

The new display itself doubles as what Apple calls “the ultimate docking station for Mac notebooks.” That’s because a single Thunderbolt connection becomes not one but three USB 2.0 ports along with Thunderbolt, FireWire 800, and Gigabit Ethernet.

This is great for turning the new MacBook Air and MacBook Pro into futuristic iMacs. I can’t wait to see what Apple does with this technology when more Macs have Thunderbolt ports. Think about that: the ability to turn a single port into any connection type. Perhaps we’ll see Apple make standalone docking stations for Macs in the future.

Too soon to upgrade?

So if the Thunderbolt Display is so great, then why wait instead of buy now? There’s always a better Apple monitor just around the corner. It’s only been a year since Apple upgraded the LED Cinema Display from 24 inches to 27 inches. At this rate, we could see 32-inch Apple displays before the end of the decade.

Thunderbolt Display also has the same 2560 × 1440 resolution as last year’s 27-inch Cinema Display. If we’re on a yearly update cadence now like I think we are, just imagine what the future of Apple monitors holds over the next 10 years.

For example, the iPhone 4 has an ultra-fine resolution now with its Retina display, and that teardrop-shaped iPhone 5 rumor looks unbelievable. It’s only a matter of time before iPads and Macs go Retina, and that pretty much guarantees a Retina Thunderbolt Display is in the pipeline.

Think about it. If the iMac does go Retina, there’s no doubt Apple will upgrade this new Thunderbolt Display to match. It’s an easy add-on sale for Apple when every other display looks like it was made by IBM or Dell.

Don’t get me wrong. There’s a lot to love about this Thunderbolt Display.

The sub-par iSight camera from the Cinema Display is now a high-definition webcam at 720p. That’s the level of HD resolution that will make you want to touch up your appearance before you turn on your video for iChat.

The build quality is also top-notch with a mix of glass and aluminum like the new MacBook Pro, and Apple knows the Thunderbolt Display is premium at $999

This pricey monitor may not be the most affordable on the market, but there will be a reliable market for Apple displays as long as there are Macs. At this rate, I can’t wait to see where Apple displays go in five years.