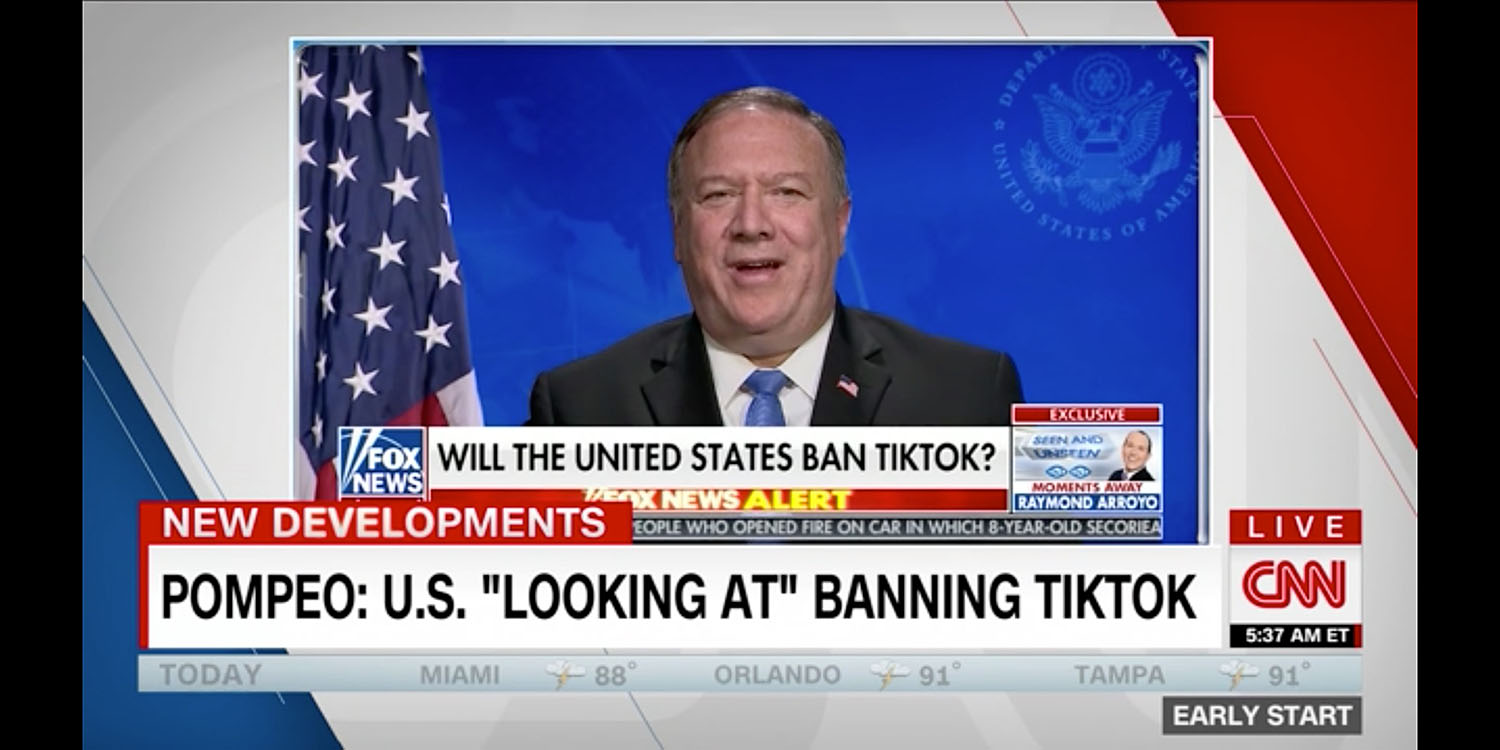 Earlier this week, the White House suggested that it might declare TikTok a national security threat, with Secretary of State Mike Pompeo stating that the administration was ‘looking at’ the possibility of banning the video sharing app from the US.

Experts have now weighed in on the question, concluding that it’s not a direct threat, but might be an indirect one …

CNN spoke to a variety of security experts, who said that if the Chinese wanted to use an app for espionage purposes, TikTok wouldn’t be a good choice.

“It’s right to be suspicious of the Chinese,” said James Lewis, senior vice president at the Center for Strategic and International Studies, a security think tank. “But I’m not sure TikTok is a good intelligence tool for them.”

Like some other social media apps and technology companies, TikTok automatically gathers users’ geolocation information, IP addresses, unique device identifiers and the content of in-app messages, according to its privacy policy. That is a lot of data, but far more sensitive information — and potentially more damaging to national security — was exposed by data breaches affecting the Office of Personnel Management, announced in 2015, and Equifax, disclosed in 2017, according to Lewis.

Legal experts also said that even if China wanted the data, it’s by no means certain that TikTok would hand it over.

Samm Sacks, a senior fellow at Yale Law School who has studied the Chinese laws […] told lawmakers at a Senate hearing in March:

There have been multiple reports of security flaws in the app, but security researchers say these happen to all software companies and don’t appear deliberate.

Company engineers appeared to operate in good faith, according to Oded Vanunu, a security specialist at Check Point Research, who led the group of researchers that announced the findings. TikTok, he said, seemed motivated to fix the flaws.

But the real danger of TikTok could be its use by China as a propaganda tool, censoring criticism of the government and spreading disinformation.

TikTok could become a major platform for misleading speech, policymakers and security experts fear. Reports have already found Pizzagate conspiracy theorists on the platform and users spreading false claims about the coronavirus. And if TikTok were to suffer a data breach, said Vanunu, it might be that much easier to target users with bogus information that could undercut American democracy. So TikTok’s handling of content and user data could plausibly weaken US power and influence, experts say, but more abstractly than directly spying on government officials or monitoring troop movements.

Being branded a national security threat isn’t the only risk to TikTok’s US presence, however: it is being investigated by the Justice Department to see whether it broke promises made last year to address child privacy concerns.