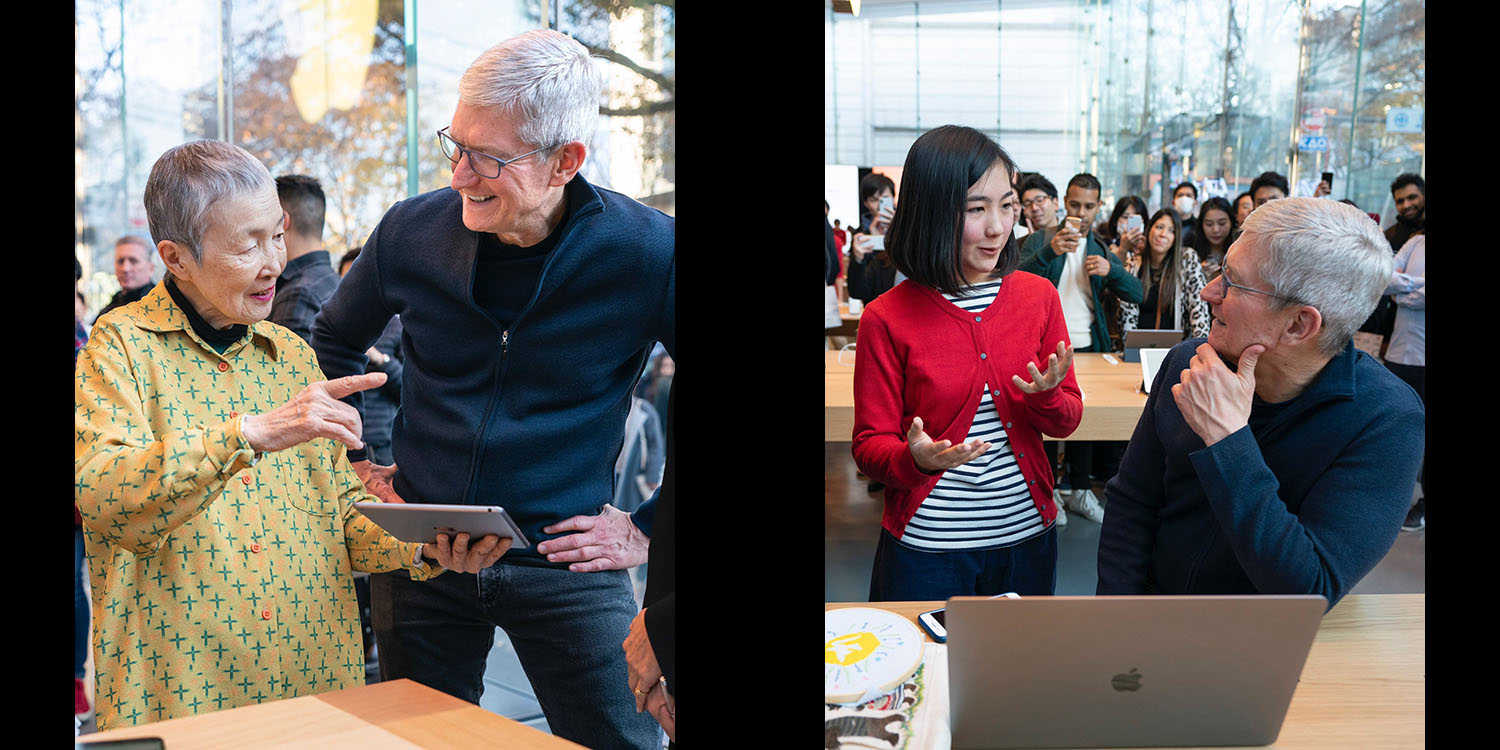 Tim Cook is in Japan at present, and tweeted about his meeting with local app developers aged 13 and 84.

What a treat to reunite with Masako san and Hikari san, some of our imaginative developers who prove that no matter your age, coding opens up new opportunities to follow your dreams! Wonderful to see you at Apple Omotesando!


Cook had previously met both Omotesando Masako Wakamiya, dubbed the world’s oldest app developer, and Jun Takano, a developer who started working on apps at age 10, at WWDC 2017.

The meetings took place at the Apple Omotesandō store, which opened in 2014 and was remodelled earlier in the year.

There were more meetings with app developers elsewhere.

Impressed with how @TimeTreeApp_jp helps millions of customers around the world manage their busy lives. Great to see you’re using Sign in with Apple—so important when you have sensitive information in your calendar like where your loved ones are. And that Dark Mode looks great!

Cook journey continued with a visit to Marunouchi, the country’s largest Apple Store, which opened in September. There he met students from a local primary school.

Coding is one of the most important skills you can learn. Loved celebrating Computer Science Education Week with students from Rikkyo Primary School at Apple Marunouchi! 🇯🇵 #TodayatApple pic.twitter.com/lBv78PRGxk

Apple spoke at the time about the unique design features of the store.

Apple’s fifth store in Tokyo features a unique facade, with two-story vitrine windows made from specially cast aluminium to obtain three-dimensional rounded corners. The first of their kind, the windows allow the vibrant street life of the surrounding area to connect with the store. Inside, native bamboo lines the window openings to bring the outside in. The double-height atrium in the heart of the store connects both levels and is the new home for Today at Apple in Tokyo.

Cook’s agenda included a meeting with singer-songwriter Gen Hoshino, who was the first Japanese DJ on Beats 1.

Wowed by the many talents of Gen @gen_senden. Thanks for showing me how you bring your creative vision to life in the studio. Loved the izakaya too! Have a great show tomorrow!

It is not known for how long Tim Cook is in Japan, but there will doubtless be more tweets to come.