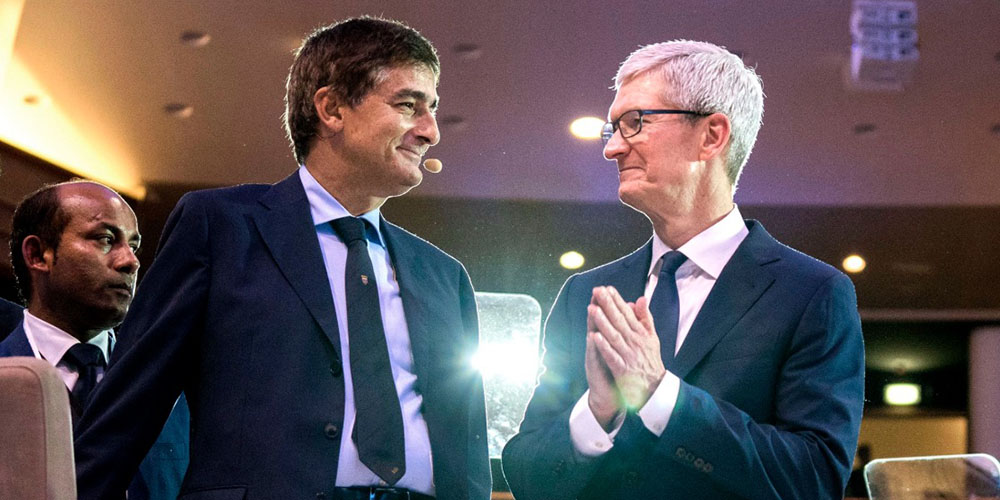 Buttarelli took the lead on the introduction of the world’s toughest privacy regulations, the General Data Protection Regulation (GDPR). GDPR requirements are so stringent that even Apple had to boost its privacy efforts in order to comply …

The four key requirements of GDPR for companies processing personal data are:

Apple had to take action on the third and fourth bullet points: it previously offered no easy way to access all the data the company held on you, and you could only ask for your Apple ID data to be disabled rather than deleted. You are now able to download a copy of all your data, and to choose between disabling and deleting your Apple ID data.

Apple committed to offering GDPR-standard privacy protections to its customers worldwide, and Cook has called for a federal privacy law in the US along the lines of Europe’s GDPR.

Cook tweeted on Wednesday, describing Buttarelli as a friend.

Heartbroken by the loss of my friend Giovanni Buttarelli, a visionary who advanced the cause of privacy in Europe and around the world. Our thoughts are with his family and all who loved him. Giovanni was a great man, and we are forever in his debt. pic.twitter.com/euCLzqc95m

Writing in Corriere della Sera (the Evening Courier), Cook said that the privacy work pioneered by Buttarelli will prove to be ‘one of humanity’s greatest projects.’

It pains me to say goodbye to my friend Giovanni , but it comforts me and reassures me to know that he lived and did it so well. We will all benefit from his work for many years to come. And I am convinced that the foundations he has laid down will prove to be a solid foundation for one of humanity’s greatest projects.

Cook said that Buttarelli was initially skeptical about Apple’s stance on privacy.

I met Giovanni for the first time in November 2015 in Milan . Anyone who knew him will not be surprised if I say he started questioning me a little later. Why does an executive of an American technology company talk so freely about privacy and encryption of data at a time when everyone else seems to be moving in the opposite direction? I certainly didn’t blame him for asking.

After all, his role required a great deal of skepticism . But I found his being passionate, his verve and his sense of humor completely disarming, and we realized during that first conversation how many points of view we had in common.

Apple’s chief exec described GDPR as ‘the most radical law on data privacy in history,’ and celebrated the fact that Buttarelli had taken a lead in this area for more than 20 years.

Corriere della Sera is a daily paper first published in 1876, and whose masthead has remained unchanged since then.