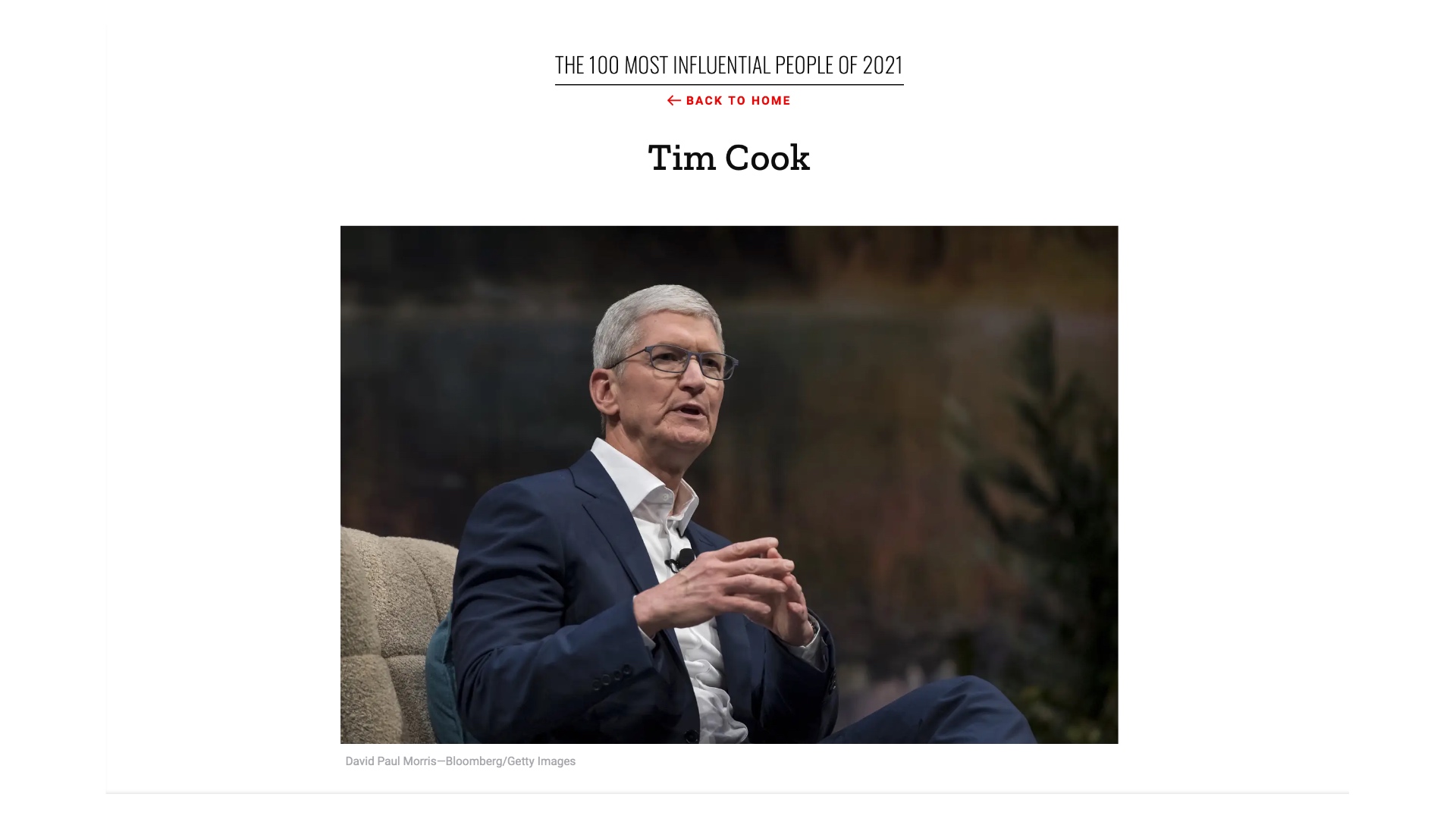 TIME has published its annual list of “The 100 Most Influential People,” and Apple CEO Tim Cook is featured in this year’s list. His profile was written by multibillionaire and Nike cofounder Phil Knight, who says that “character, compassion, and courage” are adjectives that apply to Apple’s CEO.

In 2005, when we first talked to Tim Cook about becoming a member of the Nike board, we were hoping to add a good decision maker to the team. Within a short time, he proved himself to be a man of excellent judgment, able to think tactically and strategically in an industry far different from his own. He also offered the most valuable attribute of any leader in any field: wisdom.

In Cook’s profile, Knight writes that he knows Tim as “both a friend and as rival college football fan,” as Knight is a fan of his alma mater, the University of Oregon, while Cook backs Auburn.

Knight also addresses when Steve Jobs passed away, and how the almost “impossible transition” was handled by Cook “with amazing dignity and grace, and announced to the world in his own quiet way.”

I am not the second Steve Jobs. I am the first Tim Cook.

By the end of the profile, Knight acknowledges the 10 years of Apple’s leadership under Cook, and how Apple stock has gone up 1,000%, making it the most valuable company in the world.

Cook was recently featured on the cover of the Australian Financial Review, where you can read here about his routine.