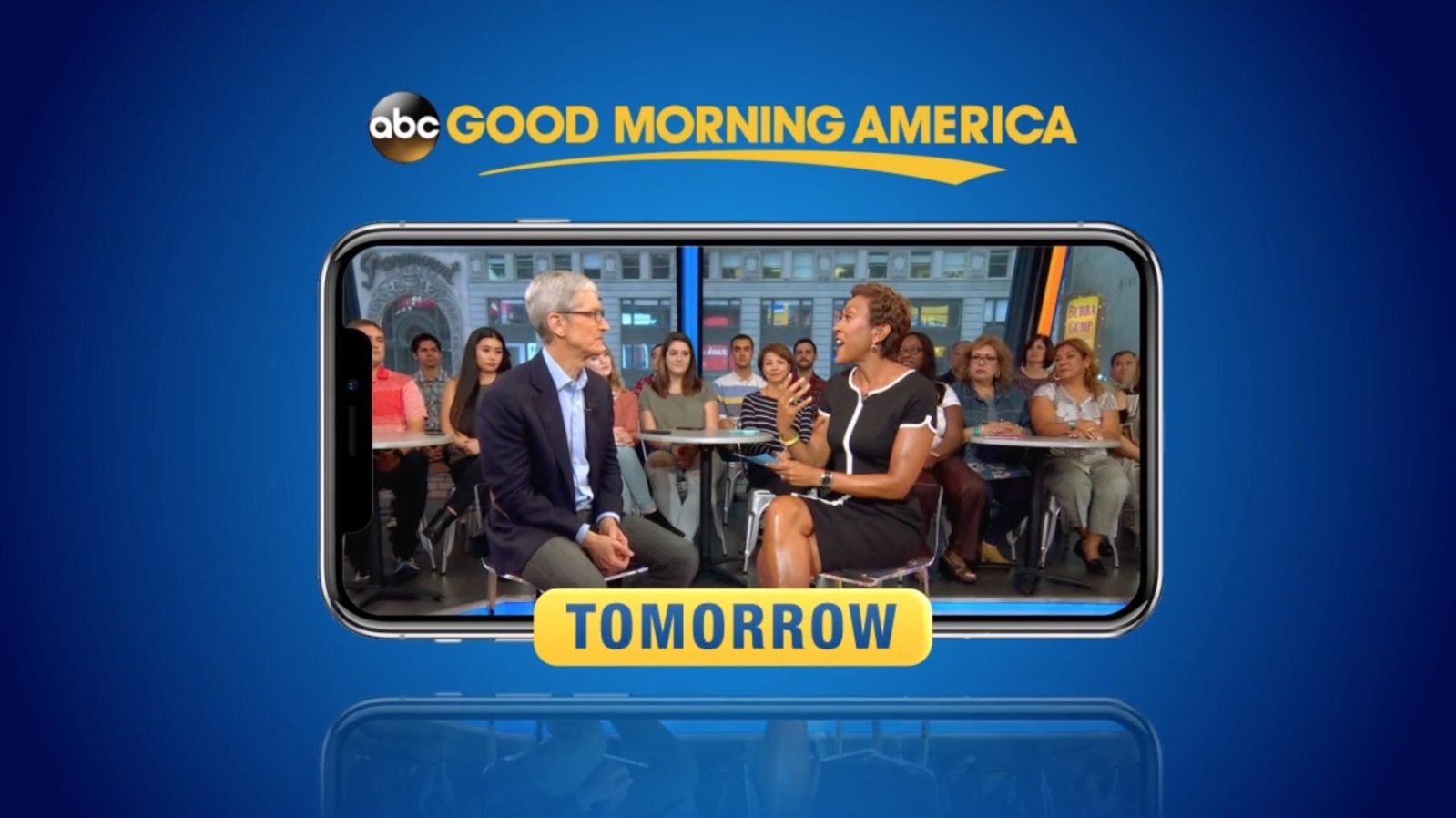 
The interview will almost certainly touch on Apple’s announcements from last week at Steve Jobs Theater. The company unveiled the Apple Watch Series 4, iPhone XS, iPhone XS Max, and iPhone XR. Cook might also touch on his thoughts on tariffs and the ongoing trade disputes with China, which he has done several times in the past.

Cook appearing on Good Morning America in September has become somewhat of a tradition over recent years. In 2016, Cook appeared to tout the iPhone 7, Apple Watch Series 2, and AirPods, while last year saw Cook defended the iPhone X price on the show.

Cook’s appearance on GMA comes following his visit to the SoHo Apple store in New York City today. Good Morning America is asking viewers to submit their questions for the Apple CEO on Twitter, so you can reply to the below tweet to join the conversation.

We’ll have the full rundown of everything Cook talks about tomorrow morning.